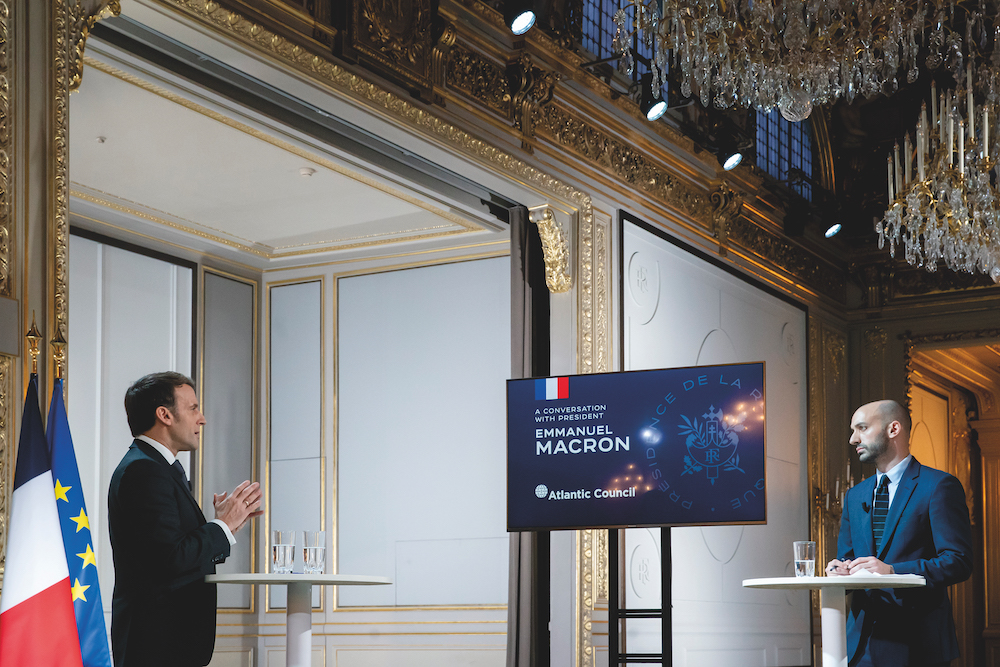 Advancing a strong, ambitious Europe and a forward-looking transatlantic partnership.

The Atlantic Council’s Europe Center, building on the depth and breadth of the Future Europe Initiative’s body of work, promotes leadership and strategies required to bolster the vision of a strong Europe advancing a better global future in partnership with the United States.

Since the Atlantic Council’s founding, Europe has been the United States’ political, economic, and security partner of first resort. North America and Europe have proven to be the most effective global force when acting in tandem. Together, they laid the foundation for a liberal international order that offers the prospect of widely shared security, prosperity, and freedom.

Today, this crucial relationship is challenged by both internal and external forces, including mounting great power competition, rising authoritarianism, and technological and environmental challenges. Europe is in the midst of a historic transition, the outcome of which is of great strategic importance to the United States.

The Europe Center seeks to understand change in Europe, galvanize leadership, and forge a strategy of renewal by engaging policymakers, economic leaders, and citizens on both sides of the Atlantic. Its key pillars of focus include the following issues:

Since the Atlantic Council’s founding, Europe has been the United States’ political, economic, and security partner of first resort.

To bring this range of core issues into focus, the center hosted eighty-five events and published eight reports and three issue briefs in 2020. Programming included an in-depth look at the future of transatlantic digital policy cooperation and a constructive post-COVID-19 agenda for the United States and Central Europe. The Europe Center convened leaders from each of the six Western Balkans countries for a virtual Western Balkans Partnership Summit on regional economic cooperation in July 2020, building momentum on infrastructure and investment projects in the region. The center also hosted key leaders from across the European Union, including Greek Prime Minister Kyriakos Mitsotakis, Estonian President Kersti Kaljulaid, and European Commission Executive Vice-President Margrethe Vestager, to provide a platform for Europeans and Americans to engage on the policy developments driving the transatlantic relationship.

In 2021, the Europe Center will conduct a yearlong campaign to amplify the strategic importance and long-term viability of the US-EU partnership. Under this US-EU umbrella, the center will continue to provide a platform for French and British dialogues on the transatlantic relationship, further develop its effort to rethink the US-German partnership, expand its work on Central Europe, and grow its efforts to address the future of Greece and the Euro-Atlantic future of the Western Balkans. Its work on transatlantic digital policy will become even more relevant as the EU escalates its ambitions in that space.

Advancing security and unlocking human potential in the Middle East.