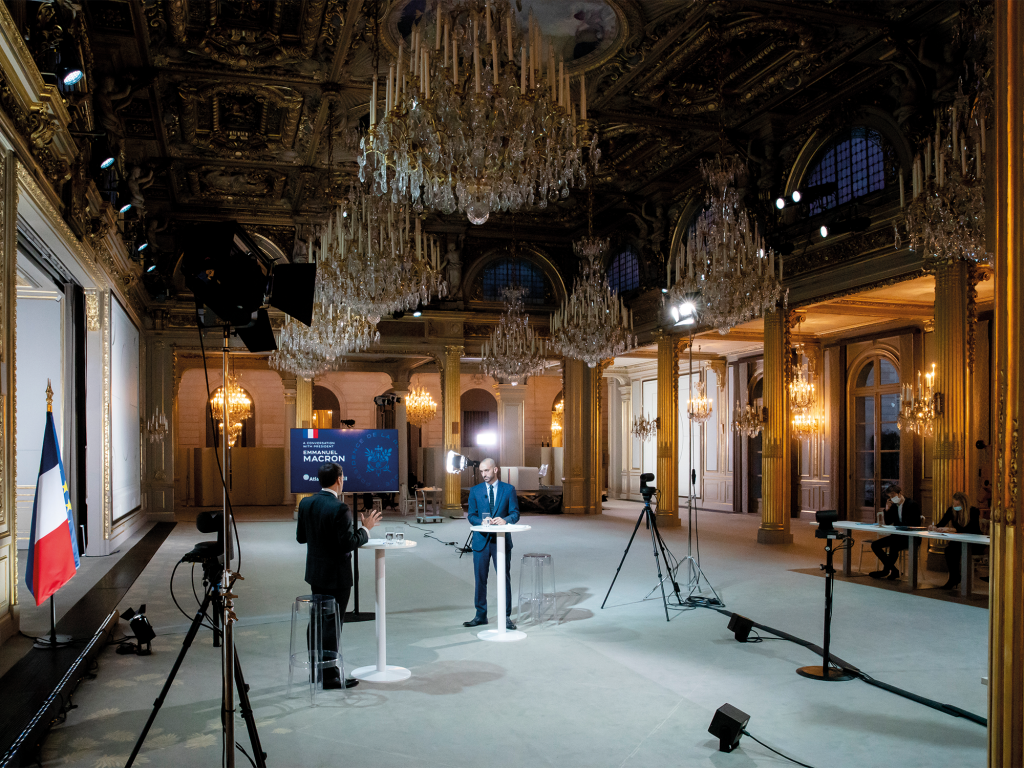 The Atlantic Council Global Energy Forum is the go-to conference for energy and foreign policy leaders to come together to set the energy agenda for the year and examine the longer-term geopolitical and geoeconomic implications of the energy transition.

The 2021 forum’s virtual platform allowed the Council to provide global energy leaders with more than fifty hours of live, around-the-clock programming, as public and private sessions were held at all times of day and night to reach global time zones. The weeklong program addressed a wide range of pressing topics including the postpandemic energy system, emerging net-zero carbon goals, the role of the Middle East in the energy transition, and the United States’ energy and foreign policy priorities in the Biden administration. The forum also featured a segment of live commentary and analysis on President Joe Biden’s inauguration and launched its first flagship publication, The Global Energy Agenda.

Tens of thousands of people around the world watched the forum’s programming, and millions saw its content on both social and conventional media. Proving the forum’s global reach and impact, the Atlantic Council broke its previous daily Twitter record twice, and the #ACEnergyforum hashtag garnered 83 million Twitter impressions.

The forum’s all-star roster of 164 speakers included twelve officials at the ministerial level, more than sixty corporate presidents and CEOs, and six members of the US Congress. An interview with His Royal Highness the Prince of Wales, which focused on the prince’s Terra Carta initiative to encourage corporate sustainability efforts, was a highlight of the agenda.

On October 14, 2020, the Atlantic Council hosted the first-ever virtual Distinguished Leadership Awards, honoring Managing Director of the International Monetary Fund Kristalina Georgieva; former President of the Inter-American Development Bank H.E. Luis Alberto Moreno; and music icon, producer, and philanthropist Lionel Richie. In his remarks to kick off the event, Atlantic Council Chairman John F. W. Rogers, praised these awardees as exemplifying the “leadership, vision, and character needed to navigate one of the most uncertain and volatile geopolitical environments ever faced by the United States, Europe, and our allies worldwide.”

The Council also paid tribute to the life of the late Lieutenant General Brent Scowcroft, a two-time US national security advisor and chairman emeritus of the Atlantic Council, and celebrated several “Unsung Heroes” who have helped their communities and countries weather the storm of an unprecedented year.

Atlantic Council President and CEO Frederick Kempe remarked that the all-virtual gala—where dinner tables were replaced with digital rooms and acceptance speeches were given over Zoom rather than at a podium—demonstrated “what we’ve witnessed at the Atlantic Council since we began telework in mid-March, and that is the Atlantic Council’s consistency of purpose and trajectory of innovation.”

Founded in April 2020 in response to the global pandemic, the Atlantic Council Front Page harnesses the convening power and expertise of the Council’s fourteen programs and centers to spotlight the world’s most prominent leaders and the most compelling ideas. Through purposeful and thought-provoking conversations, the virtual platform engages a global audience eager for nonpartisan and constructive solutions to current challenges. This widely promoted platform features the Council’s most important guests and content, serving as the highlight of our programming.

The Atlantic Council Front Page has become a platform of choice for leading government, business, and civil society leaders given the high level of discussion, its superior-quality production value, and its reach to a globally relevant audience surpassing 750,000 viewers in 2020. Select global leaders who have joined the series include: President of France Emmanuel Macron, His Royal Highness The Prince of Wales, Secretary General of NATO Jens Stoltenberg, Managing Director of the International Monetary Fund Kristalina Georgieva, Prime Minister of Singapore Lee Hsien Loong, President of Kenya Uhuru Kenyatta, then-President of Afghanistan Ashraf Ghani, Interim President of Venezuela Juan Guaidó, and former US Secretaries of State Hillary R. Clinton and Michael R. Pompeo.

360/StratCom: Bringing together those committed to democracy over disinformation

In December 2020, the Atlantic Council’s Digital Forensic Research Lab (DFRLab) hosted 360/StratCom, the premier government-to-government forum through which transatlantic allies can work together to secure open societies in an era of contested information. Through a series of private strategy sessions, workshops, and public dialogue, the event facilitated collaboration on global information issues across government, civil society, and tech.

More than 150 leaders attended from around the world, representing twenty-nine different countries. Attendees were engaged across seven unique strategy sessions focused on how governments can counter disinformation and build societal resilience to these challenges. As part of the programming, the DFRLab also publicly livestreamed conversations with global leaders, including a discussion on disinformation during times of crises with Executive Director for Government Communications in the United Kingdom Alex Aiken and a fireside chat with European Commission Vice-President Věra Jourová on the European Democracy Action Plan.

360/StratCom’s diverse participation and unique programming provided an important opportunity for policymakers and decision makers to convene and discuss the threat that digital disinformation poses to democracies and to offer tactics to counter it.

We convene in Washington DC, internationally, and virtually to inspire global engagement and to shape solutions to the defining challenges of our times. Through small, focused events and larger public gatherings, we inform and build connections.