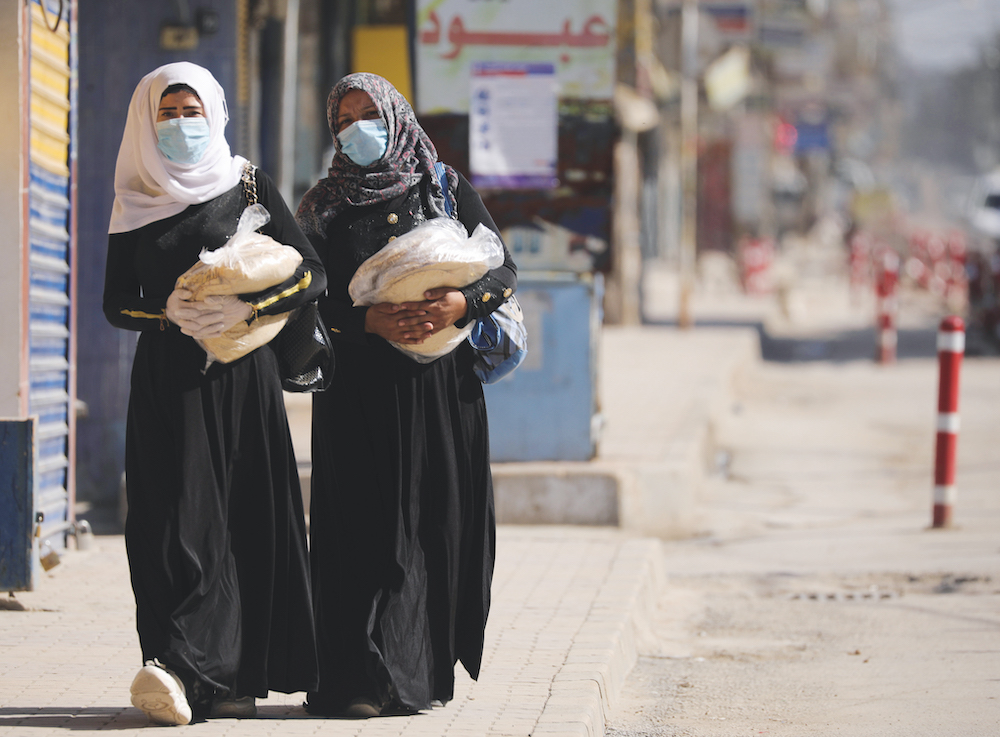 Advancing security and unlocking human potential in the Middle East.

The Atlantic Council’s Middle East programming provides a unique forum for galvanizing the trans-atlantic community to address the range of challenges and support opportunities for growth in the Middle East. Through subregional, country-specific, and functional initiatives, the Council works with allies and partners in Europe and the wider Middle East to protect US interests, build peace and security, and unlock the human potential of the Middle East and North Africa (MENA).

2020 began with a significant confrontation between the United States and Iran on Iraqi soil. Dynamics in the region only became more complex as the the COVID-19 pandemic shaped the trajectory of events in the region for the rest of the year. Already struggling economies in the region were plunged into deeper financial crisis, as the critical tourism sector was hit dramatically. Iran was hit particularly hard early on by the pandemic, with cases skyrocketing past others in the region.

Yet 2020 also saw significant progress in the Middle East. Before the Trump administration’s term came to a close, the normalization of relations between Israel and the United Arab Emirates (UAE) and Bahrain dominated headlines, ushering in a new era of “warm peace” between Israel and some of its Gulf neighbors.

The Atlantic Council’s Middle East initiatives responded to these developments in full force, kicking off extensive coverage of the economic, security, and political impacts of the pandemic in the MENA. The Council’s MENASource and IranSource blogs consistently published timely analysis, hitting the highest page views in the blogs’ history.

In the aftermath of the assassination of Qasim Soleimani, the programs hosted Senator Chris Murphy (D-CT) and Congressman Seth Moulton (D-MA) to discuss rising tensions between the United States and Iran with Iraq caught in the middle. A few weeks later, the Iraq Initiative convened the first track II dialogue in Berlin just days before international travel came to a halt due to COVID-19. In the following months, the programs continued to host high level US and foreign government officials via its innovative virtual platforms.

The summer was focused on a number of developments in the Gulf, including an in-depth report analyzing Saudi Vision 2030 followed by a report on Israel’s growing ties with the Arab Gulf states. Shortly thereafter, the UAE and Bahrain announced normalizing relations with Israel. The Council hosted Emirati Minister of State for Foreign Affairs Anwar Gargash to discuss the landmark agreement.

The pandemic did not deter the Middle East Programs’ efforts to launch a number of new initiatives, including empowerME, which shapes solutions to empower entrepreneurs, women, and youth while also building coalitions of public and private partnerships to drive regional economic integration, prosperity, and jobs. The Strategic Litigation Project was also launched, designed to inject fresh thinking into how governments and practitioners can apply legal tools to advance human rights and democracy around the world. The Council also established a Counterterrorism Study Group to review the latest threats and understand emerging trends in this space.

In November, the Middle East Programs partnered with the Italian Institute for International Political Studies for an annual conference and report on issues impacting the Mediterranean relationship.

The tenth anniversary of the Arab spring in 2021 provides an opportunity to reflect on the challenges and opportunities facing the region. As armed conflict winds down in Syria, Yemen, and Libya, protests continue in Algeria, Iraq, and Lebanon. At the same time, questions about US presence in the region abound. The Atlantic Council’s Middle East programming will track opportunities for economic growth by telling stories of budding entrepreneurs, analyzing national recovery plans, and convening important American, Middle Eastern, and European voices to discuss the future of the region.

Fostering partnerships with key institutions in the region to serve as a forum for dialogue as well as offering pragmatic recommendations for policymakers.

Image: Women hold stacks of bread as they walk along an empty street, as restrictions are imposed as measure to prevent the spread of the coronavirus disease (COVID-19) in Qamishli, Syria March 23, 2020. REUTERS/Rodi Said - RC2VPF9DRWOE