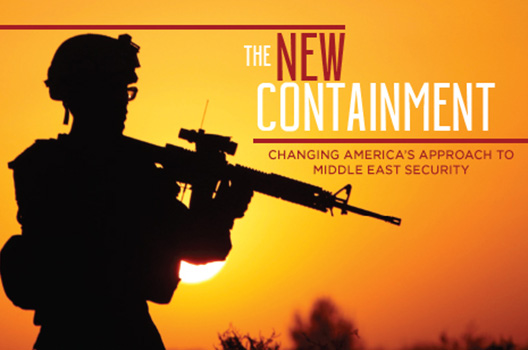 Securing the Middle East after an Iran nuclear deal is the next big challenge for both the region and the international community. The United States and its allies have engaged in tireless diplomacy with Iran over the past few years to produce an agreement that would limit Tehran’s nuclear program for the next decade and a half. However, the hard work does not stop here; in fact, it may have just begun. To protect the deal (assuming one is finalized) and take full advantage of its potential benefits, which include the drastic reduction of the risk of nuclear weapons proliferating in the region, the United States needs a comprehensive strategy for regional security in the Middle East. A potential nuclear deal with Iran—as strategically significant as it is—is only one piece of the Middle East security puzzle.

In a new report entitled The New Containment: Changing America’s Approach to Middle East Security, Bilal Y. Saab, Senior Fellow for Middle East Security at the Brent Scowcroft Center on International Security, makes the case for a more creative and cost-effective US containment approach to regional security in the Middle East that seeks, among other things, to ultimately involve regional stakeholders in a cooperative security system. Saab starts with four key assumptions: First, there is no lasting security and stability in the Middle East without real political and economic development. Second, the United States neither can nor should be the agent pushing for change in the region; change should almost always come from within. Third, change cannot happen without first addressing immediate and severe security challenges. And fourth, the United States cannot address those security challenges alone.

Securing the Middle East after an Iran nuclear deal is the region and the world’s next big challenge. The United States and its allies have engaged in tireless diplomacy with Iran over the past few years to produce an agreement that would limit Tehran’s nuclear program for the next decade and a half. A final […]

Artful balance: The future of US defense strategy and force posture in the Gulf

Beyond Camp David: A gradualist strategy to upgrade the US-Gulf security partnership

President Barack Obama’s summit meeting with Gulf leaders at Camp David on May 14 will end in failure if the administration does not propose a substantial upgrade in US-Gulf security relations that is as bold and strategically significant as the nuclear agreement–and likely formal deal–with Iran. While the summit will not suddenly eliminate mistrust and […]