During 2017-2018, three high-level international conferences took place in Stockholm, arranged by the Atlantic Council Northern Europe Office, and the issue brief is based on those discussions. You can find summaries of those conferences here. 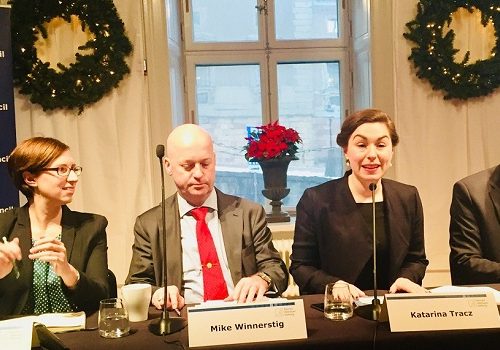 On December 12, 2017, the Atlantic Council’s Northern Europe Office and the Konrad Adenauer Stiftung hosted a public conference in Stockholm to discuss the need to bridge perspectives and start forming a merged agenda to successfully face the security challenges in Northern Europe following Russia’s illegal annexation of Crimea and aggression in Eastern Ukraine in […] 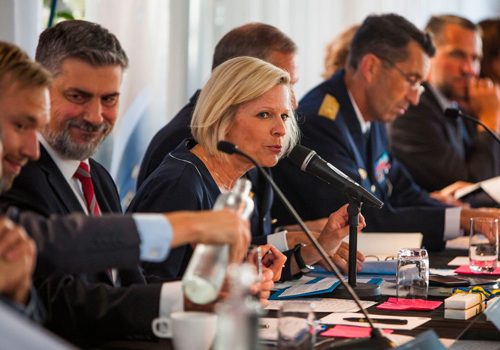 On June 12 2018, the Atlantic Council’s Northern Europe Office and the Swedish Armed Forces arranged the third international high-level, full-day conference on Baltic Sea Security in Stockholm, with the theme Merging perspectives in Northern Europe. Previous conferences took place in 2013 and 2015 respectively. Since 2013, a lot has happened, with a deteriorated situation […] 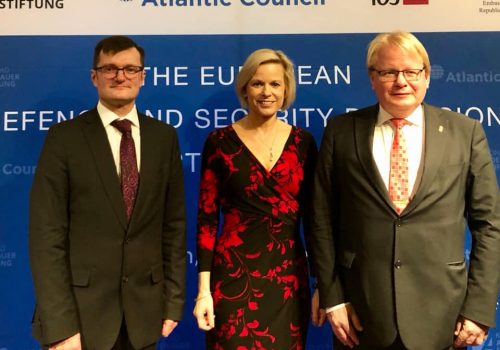 Conference on the European defense and security dimension in Northern Europe

On December 11, 2018, the Atlantic Council Northern Europe Office and the Konrad-Adenauer-Stiftung, in collaboration with the Latvian Embassy in Sweden, organized a high-level, public international conference on ’The European Defence and Security Dimension in Northern Europe’. The conference brought together policy experts, academic researchers, representatives of government and organizations and media from a significant […]

On this topic, Director Anna Wieslander has authored a number of articles:

On Security, the Nordics Should Cooperate, not Compete

What makes an ally? Sweden and Finland as NATO partner

It’s Time for NATO to Engage in the Arctic