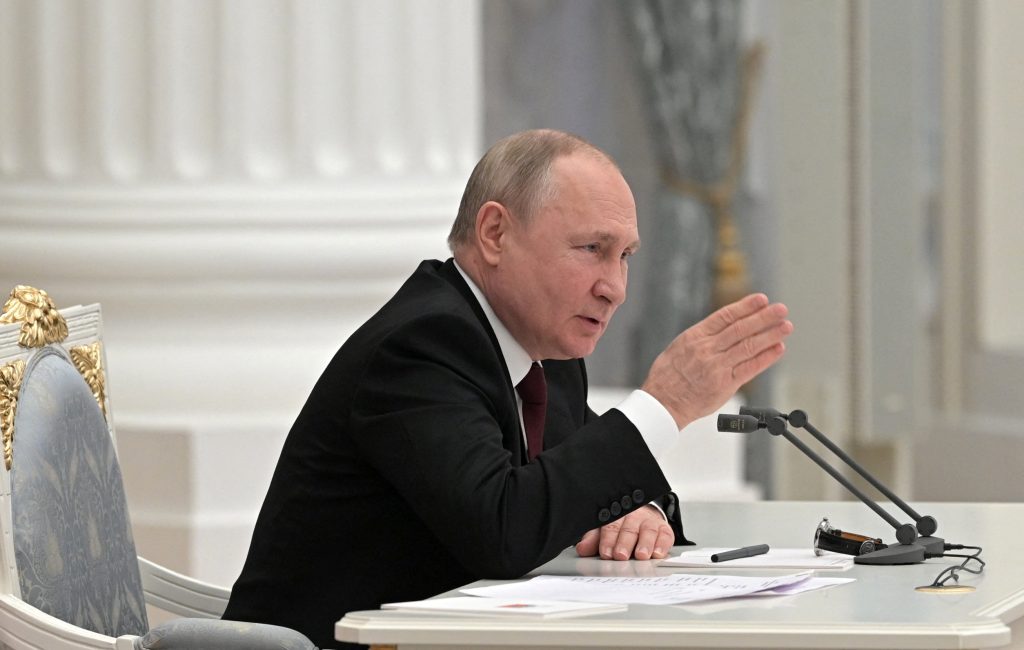 Russia Invades Ukraine. Russian military forces began an all-out assault against Ukraine, launching missiles and rockets across the country and rolling in tanks and military vehicles from multiple directions. As Ukrainian president Volodymyr Zelenskyy appealed for military assistance, NATO allies condemned the invasion and bolstered deliveries of anti-aircraft and other weapons systems to Ukraine. Despite a seemingly overwhelming concentration of military power, Russia suffered significant losses and operational difficulties, failing to take control of the skies or major cities, as Ukrainian forces thwarted Russian president Vladimir Putin’s plans for a quick military victory.

Allies Unite on Sanctions. In response to Russia’s attack against Ukraine, the United States, joined by the European Union, Britain, Canada, Japan, Australia, and several others, imposed a sweeping and unprecedented package of sanctions against Russia. This includes implementing travel bans and asset freezes against Putin, his inner circle, and several Russian oligarchs, freezing over half of Russia’s central bank reserves, and severely limiting Russian financial transactions with the West. In a significant move, Germany agreed to scrap the controversial $11 billion Nord Stream 2 gas pipeline that was set to deliver Russian gas to Europe, as part of a broader measure by the US and Europe to curtail imports of Russian oil, gas, and coal.

China-Russia Manifesto. While visiting Beijing just ahead of the Winter Olympics, Putin joined Chinese president Xi Jinping in issuing an extraordinary joint statement pushing back against key tenets of the democratic world order. The lengthy manifesto rails against Western interference in the “internal affairs” of other nations and calls for an end to NATO expansion – the first time that China has publicly supported Russia’s position on this issue. Asserting that the friendship between the two nations “has no limits” and “no forbidden areas of cooperation,” the statement affirms their intent to deepen cooperation on an encompassing range of economic, political, and security issues.

“When the history of this era is written, Putin’s choice to make a totally unjustifiable war on Ukraine will have left Russia weaker and the rest of the world stronger. Liberty, democracy, human dignity – these are the forces far more powerful than fear and oppression. They cannot be extinguished by tyrants like Putin and his armies… And in the contest between democracy and autocracy, between sovereignty and subjugation, make no mistake: Freedom will prevail.”

Image: Russian President Vladimir Putin chairs a meeting with members of the Security Council in Moscow, Russia February 21, 2022. Sputnik/Alexey Nikolsky/Kremlin via REUTERS ATTENTION EDITORS - THIS IMAGE WAS PROVIDED BY A THIRD PARTY.