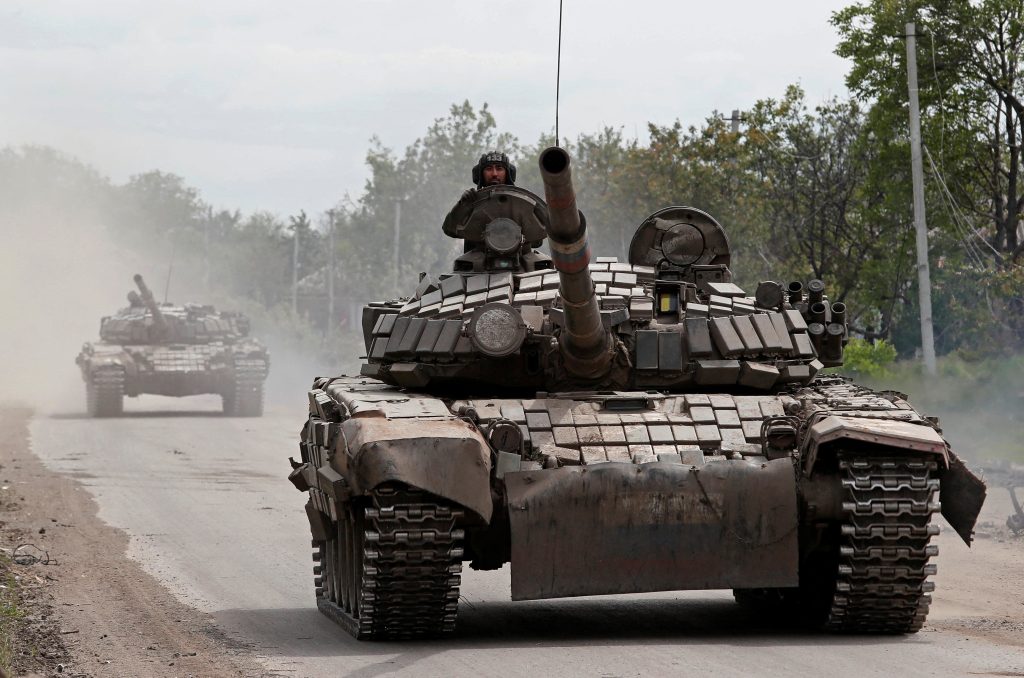 Belarus announced the start of major nationwide military exercises on June 7. The drills, which will involve all branches of the Belarusian armed forces, are reportedly designed to prepare the country for the transition “from peacetime to wartime.” These new exercises form part of a recent pattern of heightened military mobilization in southern Belarus that has fueled speculation over the possibility of a renewed cross-border offensive into northern Ukraine as part of Russia’s ongoing invasion.

Not everyone is convinced that the threat from Belarus is genuine. Skeptics see the moves as an elaborate Kremlin-choreographed Belarusian bluff with the objective of forcing Ukraine to strengthen its northern defenses while preventing the redeployment of Ukrainian troops to the current focal point of the war in the country’s eastern Donbas region. Nevertheless, there is no denying the uptick in activity.

In recent weeks, Belarus dictator Alyaksandr Lukashenka has announced the creation of a Southern Operational Command for the Belarusian army, which will be based close to the Ukrainian border. Ukrainian officials have noted intensifying reconnaissance and the deployment of additional units to border districts. Lukashenka has also recently permitted Russia to deploy nuclear-capable Iskander-M missiles and other missile systems to southern Belarus. Meanwhile, Ukraine’s General Staff reported in early June that preparations are currently underway to increase the overall size of the Belarusian army from 45,000 to 80,000 troops.

Some believe this Belarusian saber-rattling is an indication that Moscow may be considering a new assault on Kyiv. In a June 3 interview with Current Time, Ukrainian MP and Special Forces commander Roman Kostenko said a second Russian attack on the Ukrainian capital was now being viewed as increasingly likely. “We regard this threat as high. Either the Russians will be able to enter there if they gather forces and announce a mobilization, or they talk the Belarusians into taking part.”

Kyiv was the initial priority target when Russia first invaded Ukraine on February 24, with a number of elite Russian military units ordered to seize the city and decapitate the Ukrainian government. However, Putin’s invasion force encountered unexpectedly fierce Ukrainian opposition and soon became bogged down in the towns and villages to the north of Kyiv. Following a month of minimal progress and heavy losses, the Russian military was forced to retreat entirely from northern Ukraine.

Belarus played a vital role in this failed offensive. The country served as a staging ground for the majority of Russian troops entering Ukraine from the north. It then acted as an ongoing logistical hub as the invasion unfolded and ultimately unraveled.

With battlefield casualties mounting throughout March, Belarusian hospitals and morgues were soon full of Russian dead and wounded. Many of the Ukrainian soldiers and civilians taken prisoner by Russian forces on the northern front of the invasion reported being brought across the border and held in Belarus. Throughout the conflict, Lukashenka has also allowed Russia to use Belarus as a launch pad for hundreds of airstrikes against Ukrainian targets.

Despite his obvious involvement in the Russian invasion, Lukashenka has continued to protest his innocence while claiming non-combatant status. These denials are in part motivated by a desire to avoid further international sanctions, but the Belarusian dictator is also acutely aware that Putin’s war is deeply unpopular among the Belarusian public.

Polls have consistently indicated that most Belarusians oppose the war and are particularly adamant in their opposition to the participation of the Belarusian military. Some Belarusians have even engaged in active sabotage of the Russian war effort including attempts to disrupt the passage of Russian troops and military equipment via the Belarusian rail network. Others have travelled to Ukraine and joined volunteer battalions fighting against Putin’s invasion.

Public disquiet over the war and awareness of the catastrophic casualties suffered by Russian forces in northern Ukraine have helped raise serious doubts over the readiness of the Belarusian military to join the invasion. There have been numerous unconfirmed reports of senior Belarusian commanders resigning in protest over plans to participate in Putin’s war, while exiled Belarusian opposition leader Sviatlana Tsikhanouskaya stated in a June 3 interview that Belarusian military chiefs had directly refused orders to invade.

This places Lukashenka in a very difficult predicament. He knows that direct participation in the invasion of Ukraine would be deeply unpopular among Belarusians and must also fear that many soldiers would likely desert as soon as they crossed the Ukrainian border. At the same time, his hardline crackdown on the Belarusian pro-democracy movement since 2020 has made him and international pariah and left him almost entirely reliant on the Kremlin for his political survival. Lukashenka must therefore find a way to please his patron Vladimir Putin while resisting Russian pressure to join the war.

Defeat in the Battle for Kyiv was a humiliating blow for Putin that he is no doubt eager to avenge. However, his only ally Alyaksandr Lukashenka is in all likelihood neither willing nor able to participate in any fresh attempt to seize the Ukrainian capital. While it would be reckless to completely write off the chances of a new Kyiv offensive, it is more probable that the recent bluster in Belarus is Lukashenka’s way of demonstrating his usefulness to his Kremlin sponsors while tying down Ukrainian forces which might otherwise be used to oppose advancing Russian troops in the east.

Alyaksandr Lukashenka has publicly sought to distance himself from the Russian invasion of Ukraine but the Belarusian dictator is now once again becoming deeply involved as Vladimir Putin threatens to escalate the war.