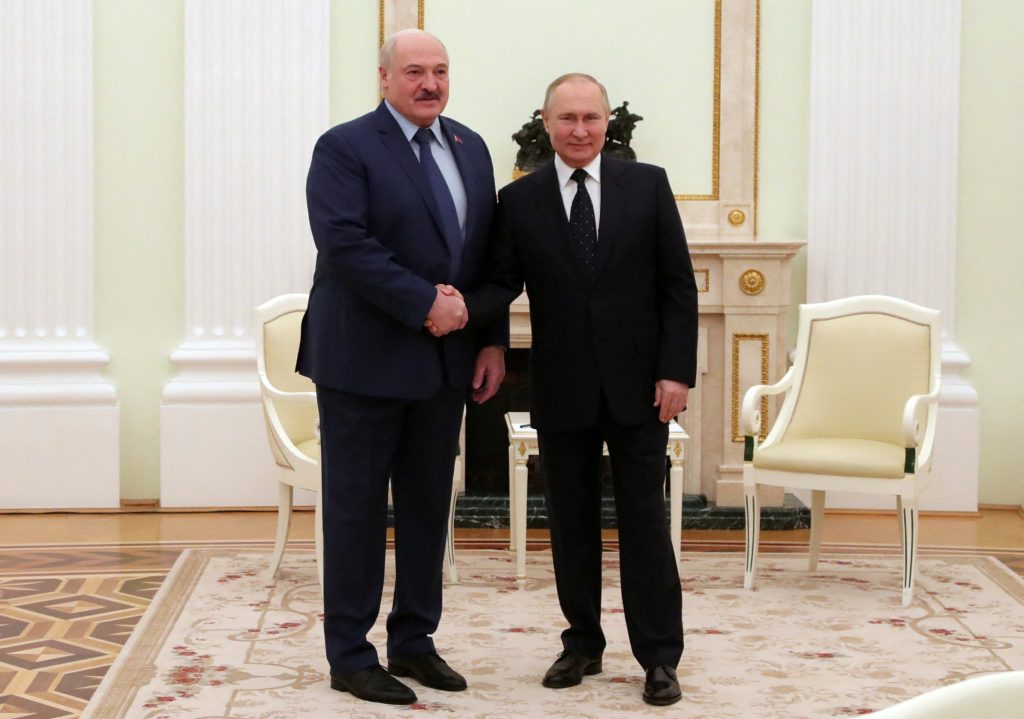 Speculation continues to mount over Belarus’s possible entry into Russia’s war against Ukraine. However, while the country’s dictator Alyaksandr Lukashenka is increasingly beholden to Vladimir Putin and has already done much to help enable the Russian invasion, serious questions remain over the readiness of the Belarusian military to join a war that many in Belarus view with little or no enthusiasm.

The Lukashenka regime has already directly involved Belarus in the Ukraine conflict. The Russian military uses Belarusian airfields in Baranavichi, Lida, Luninets, Machulishchy and Homiel to bomb Ukraine, while missiles have been launched at Ukrainian targets from Belarusian sites near Mazyr and Kalinkavichy. Meanwhile, large numbers of Russian troops and military equipment are stationed at Belarusian bases and use Belarusian roads and railways to reach Ukraine.

Despite this crucial supporting role in Putin’s war, Lukashenka has continued to publicly insist that the Belarusian military is not participating in hostilities. Instead, he has offered up a range of absurd assertions suggesting that it is Belarus which must be wary of “Ukrainian escalations.”

Lukashenka’s apparent reluctance to join the invasion of Ukraine may reflect concerns in Minsk over the possibility of mutinies or desertions if Belarusian troops receive orders to cross the border. The Ukrainian military has reported that a large number of Belarusian soldiers and commanders have already refused to participate in the invasion. Rumors have even circulated of entire units disobeying orders to join the fighting in Ukraine.

This would be entirely in line with Belarusian public opinion. A recent poll conducted by Britain’s Chatham House on the eve of the war found that an overwhelming majority of Belarusians did not want their country to participate in the conflict.

This opposition is fueling increasingly bold acts of resistance. Since the war began, Belarusians have begun sabotaging the country’s railway network to hinder the movement of Russian troops and military equipment to Ukraine. Police have reportedly detained at least four railway employees and a number of private citizens in line with these activities. In response, Belarusian Special Forces have begun guarding key railway infrastructure.

Belarusian troops are well aware of the significant setbacks Russian forces are encountering in Ukraine. Strengthening cooperation between Minsk and Moscow in recent years has led to what many have termed as a “military merger” between the two countries. As a result, Belarusians are intimately familiar with the shocking scale of Russian losses in Ukraine and the shortcomings of Moscow’s so-called “special military operation.” Understandably, this has served to further demotivate the Belarusian military.

There are also significant doubts over the readiness of the Belarusian army to conduct offensive operations in Ukraine. Belarusian troops have no experience of operating in hostile territory, while the country’s military doctrine has long focused on defense. Morale could rapidly plummet if inexperienced units found themselves coming under fire and suffering heavy losses in somebody else’s war.

The lack of enthusiasm for Putin’s invasion within the Belarusian military comes as no surprise to the Lukashenka regime. Indeed, for the past year and a half, a campaign has been underway to weed out members of the military viewed as potentially disloyal. This has been accompanied by systematic efforts to promote the regime’s ideology throughout the country’s armed forces.

We may soon see how successful these efforts have been. With Russia suffering grave losses in military personnel and struggling to find replacements, Putin is now pressuring Lukashenka to contribute much-needed troops and help Moscow regain the military initiative in Ukraine.

For now, the Belarus dictator is trying to keep his options open by deploying elements of his military along the border with Ukraine while offering his services as a potential peacemaker. However, given Lukashenka’s almost complete dependence on the Kremlin, most observers believe he will eventually be forced to join the war and test the loyalty of his troops.

Since the mass protests that followed Belarus’s rigged August 2020 presidential election, Lukashenka has become increasingly dependent on continued Kremlin support. In recognition of this reliance, he has allowed Russia to dramatically expand its military, economic, and political presence in Belarus.

Lukashenka’s current position is in stark contrast to his earlier geopolitical balancing act, which saw him foster strong ties with Russia while engaging the Western world as a counterweight to Moscow. In the early stages of the Russian attack on Ukraine following the spring 2014 seizure of Crimea and military intervention in eastern Ukraine’s Donbas region, Lukashenka was openly critical of Putin’s imperial ambitions and vowed to play no part in Russian aggression against Ukraine. Such talk is now a distant memory as the Belarus strongman publicly backs Moscow’s revisionist agenda.

Lukashenka is currently facing the consequences of putting all his eggs in one basket. When he agreed to let his country be used as a platform to wage war against Ukraine, his whole strategy seems to have been based on the assumption that Russia would win within a matter of days. This would have enabled the famously wily Lukashenka to emerge victorious as Putin’s closest ally while avoiding any active role in the fighting. Instead, he is now being pushed by his patron to commit his own forces and participate directly in an unfolding military disaster.

The Belarus dictator is acutely aware that his troops may not follow orders to fight in Ukraine. He also recognizes that losing the support of the military could further undermine his already vulnerable position on the domestic front. If elements of the army are butchered in Ukraine or turn against the regime, the nationwide protest movement that first erupted in August 2020 could be revitalized. Nevertheless, if Putin’s predicament continues to worsen and he insists on Belarusian military support, Lukashenka will ultimately have little option but to obey.

Russian President Vladimir Putin’s full-scale invasion of Ukraine has sparked the biggest European conflict since WWII and is now fueling a growing anti-war protest mood in both Russia and Belarus.