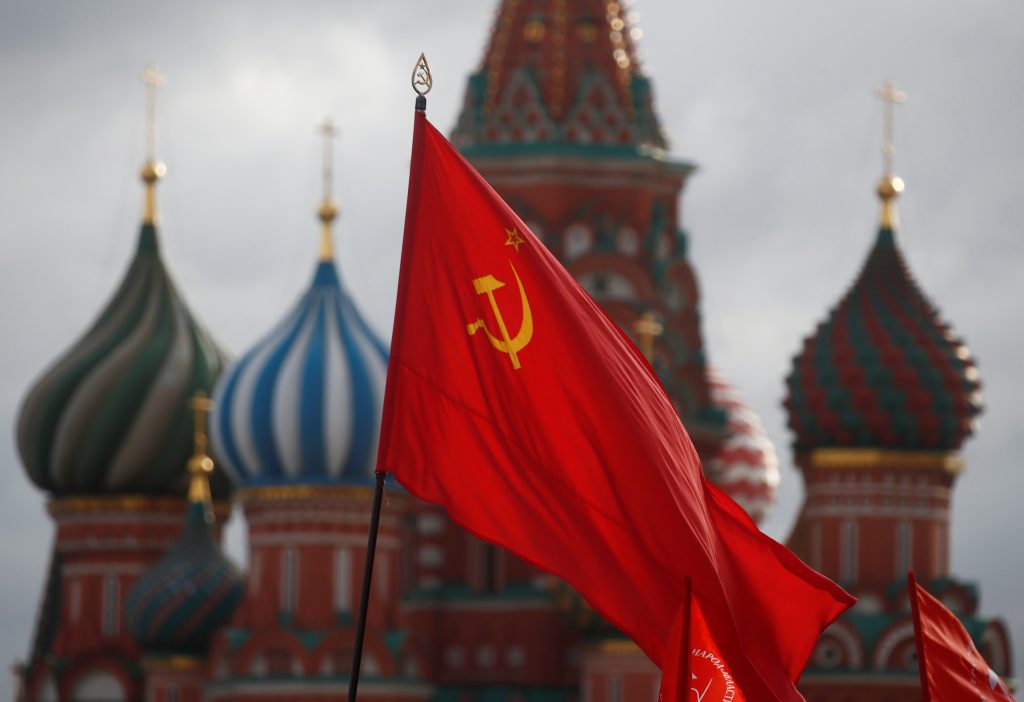 Anniversaries play an outsized political role in Vladimir Putin’s Russia and much of the former Soviet space.

Back in 2015, the Kremlin attempted to leverage the 70th anniversary of the end of World War II as a vehicle for patriotic consolidation. Two years later, in 2017, the Putin regime bent over backwards to downplay the centenary of the Bolshevik revolution, lest the restive part of the Russian population get any ideas. The first color revolution, after all, was neither rose nor orange, it was red and it happened in Putin’s hometown of St. Petersburg. And for obvious reasons, the Kremlin also largely ignored both the 80th anniversary of the Molotov-Ribbentrop Pact in 2019 and the 30th anniversary of the breakup of the Soviet Union last December.

But one big anniversary is coming this year that dovetails with the prevailing political zeitgeist in Moscow and is bound to be exploited: the centenary of the founding of the Soviet Union. As Robert Coalson wrote recently for Radio Free Europe/Radio Liberty, “on December 30, 1922, representatives of the Soviet governments of Russia, Ukraine, Belarus, and the Transcaucasian Republic took to the stage of Moscow’s Bolshoi Theater to proclaim the formation of a new country that within less than two generations would become a global superpower: the Union of Soviet Socialist Republics.”

Coalson continued that “with the 20/20 hindsight of a century’s distance, 1922 emerges as a fateful year for the peoples of Russia and its neighborhood,” adding, “in terms of politics, foreign affairs and culture, events transpired and decisions were made that laid the rails for decades of institutionalized totalitarian oppression.”

Is 2022 shaping up to be a similarly fateful year? In addition to being cognizant of the symbolic power of anniversaries, with the West divided and distracted and the United States largely preoccupied with the threat from China, Putin also appears to see an opportunity at the moment to establish hegemony over some of the former Soviet space.

Russia has spent the past one-and-a-half years tightening its grip on Belarus by steadily expanding its economic, political, and military footprint there in a process I have called a “soft annexation,” meaning a slow, stealthy, and methodical operation that will be complete before most people even know it is happening.

And in addition to establishing hegemony over Belarus, the Putin regime has also turned it into a military platform to threaten Ukraine. As well as facing off against the more than 100,000 troops Russia has massed on its border, Kyiv is also confronted by a very real threat on its frontier with Belarus.

The Belarusian Defense Ministry announced on November 29 that it would conduct joint military exercises with Russia near the Ukrainian border in early 2022. Likewise, Belarusian autocrat Alyaksandr Lukashenka has declared that Minsk “will not stand aside” in Moscow’s confrontation with Kyiv, stating, “it is clear whose side Belarus will take.”

By turning Belarus into a de facto extension of Russia’s western military district, Putin has established a new front against Ukraine. In addition to being able to attack Ukraine in the east and southeast from Russia, and from the south via the annexed Crimean peninsula, Russia can now also threaten Kyiv in the north from Belarus.

And then there is Kazakhstan, where Belarusian forces recently joined a contingent of so-called Russian “peacekeepers” under the auspices of the Moscow-led Collective Security Treaty Organization (CSTO) to help put down an anti-government uprising.

The unrest appears to have been related to a power struggle between Kazakhstan’s current President Tokayev and his predecessor, Nursultan Nazarbaev. The situation there remains fluid, but the upheaval and Moscow’s intervention appear to be a harbinger of greater Russian influence in the strategically vital Central Asian nation.

Signs that many in Moscow view 2022 as the new 1922 are also visible in public discourse, with several leading figures openly calling for Russian imperial expansion and a restoration, at least in some form, of the Soviet Union.

“Social entropy is highly toxic. It is not recommended to work with it at our home. It needs to be taken out somewhere far away, exported for disposal in a foreign territory,” Surkov wrote, adding, “For Russia, constant expansion is not simply an idea but a genuine existential reality of our historical existence.”

Likewise, in a televised interview in November, Russian film director Nikita Mikhalkov said, “the ideal Russia of the future” should be “the unification of Russia, Belarus, and Ukraine.”

Whether or not it is related to the centenary of the Soviet founding, the idea of imperial expansion is very much in the air and very mainstream in Moscow. Russia’s soft annexation of Belarus was the first successful step in the current process. But it won’t necessarily be the last.

Image: A Soviet flag flies in front of St. Basil's Cathedral as supporters of the Russian Communist Party take part in a procession marking the anniversary of the 1917 Bolshevik Revolution, also known as the Great October Socialist Revolution, in Red Square in Moscow. November 7, 2020. (REUTERS/Maxim Shemetov)