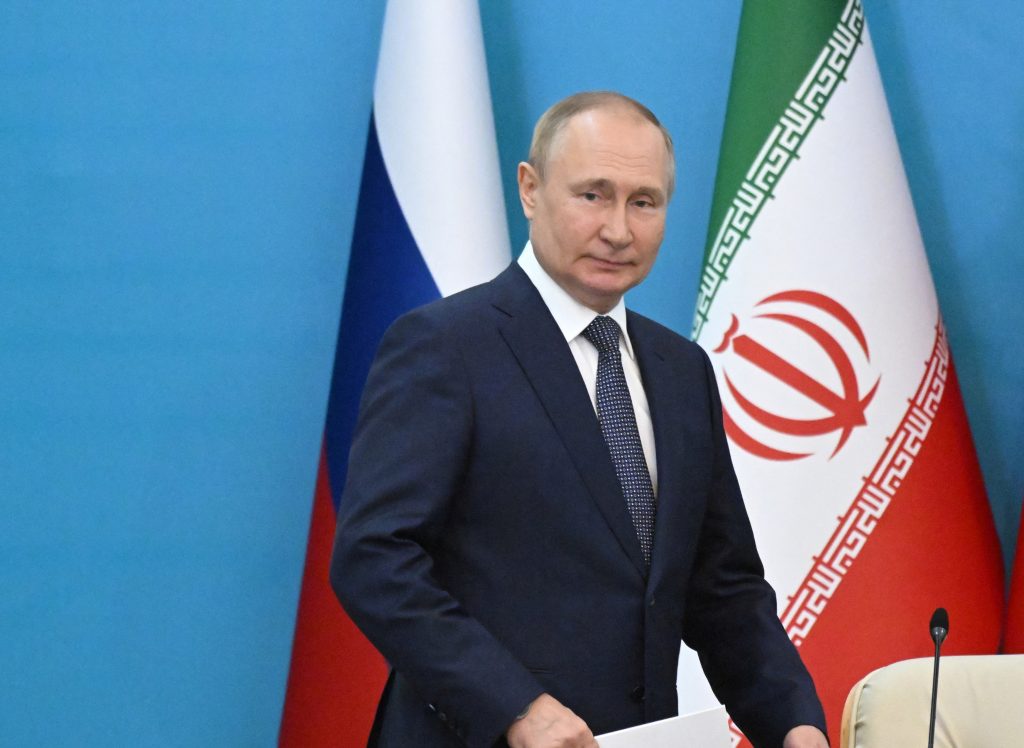 In this edition of the Global Sanctions Dashboard, we look at the recently expanded sanctions against Iran just as negotiations over a potential US return to the Iran nuclear deal reach their endgame. We also take a long-overdue trip south to assess the effectiveness of sanctions in tackling the illegal drug trade.

Russia remains an inescapable focus, though not entirely for predictable reasons. The busiest sanctioning entity this summer has been Russia itself. The country does, of course, remain the prime target of Western sanctions. For more on that, take a look at our brand-new Russia Sanctions Database, which tracks Western sanctions against Russian entities and individuals—and highlights where gaps still remain.

Iran: US designations continue as nuclear negotiations wind up

The United States and Iran are negotiating a deal that would lift harsh sanctions on Iran in exchange for a major rollback of Iran’s recent nuclear advances. The next few weeks will be critical. On September 14, US President Joe Biden’s Iran envoy will report to Congress on the progress of negotiations. Iran has made new demands that the US has rejected and it is by no means certain that an agreement will be reached before US midterm elections. While Iran’s nuclear activities are key, another important factor is the West’s desire to secure new sources of energy as Russia and Saudi Arabia have agreed to slow down oil production.

Opponents of the deal argue that, if sanctions are lifted, Tehran would have additional sources of income to spend on proxy groups in the Middle East and that restrictions on Iran’s stockpile of enriched uranium would expire in 2031. Another concern is that Iran, once freed from energy sanctions, could make oil swap deals with Russia and allow Moscow to circumvent energy sanctions. Specifically, Russia could gain a backdoor route to sell its oil by supplying crude to northern Iran via the Caspian Sea, while Iran would sell equivalent amounts of crude on Russia’s behalf in Iranian tankers. This would undermine Western energy sanctions against Russia by allowing Moscow to profit from oil revenues through Iran. The argument is far-fetched in our view. Technical difficulties aside, Iran would make more money by selling its own hydrocarbons than by serving as a transit point for Russia. Supporters of the deal have consistently argued that this is the best and only way to curb Iran’s rapidly accelerating nuclear weapons program.

In the meantime, until any deal is reached, the United States will keep sanctioning Iranian petrochemical companies and persons engaging in transactions with them. Most recently, the US Treasury Department designated companies used by Iran’s Persian Gulf Petrochemical Industry to facilitate sales of Iranian oil in East Asia. Treasury has also sanctioned international front companies and shipping companies facilitating oil transactions for Iranian companies. The United States re-applied broad sanctions on Iran when it left the Joint Comprehensive Plan of Action (JCPOA) in March 2018. The United States often designates new companies on the basis of new intelligence and US officials are likely to increase pressure if a deal remains elusive.

Sanctions certainly have damaged important sectors of Iran’s economy. The heavily sanctioned Iranian aircraft and cargo fleet is becoming more dilapidated day by day. More than 170 planes are grounded while more than 50 percent of passenger planes cannot fly because of a lack of engines and spare parts. The National Iranian Tanker Company, which owns the world’s largest fleet of super tankers, is also unable to modernize its vessels due to sanctions. The 2015 nuclear deal allowed some updates and repairs to take place, but these stopped in 2018.

Spotlight Russia: Number one imposer and target of sanctions this summer

Looking at the visual below, one thing should stand out: The country that imposed the highest number of sanctions this summer was Russia. Moscow maintains an autonomous sanctions regime and also complies with the United Nations Security Council’s sanctions. This summer, the Russian intelligence agency Rosfinmonitoring (RFM)—also known as the Federal Financial Monitoring Service and reports directly to the president of Russia—added 752 entities and individuals to its terrorists and extremists list.

One of the entities recently added to RFM’s sanctions list is the Adat People’s Movement, which was previously added to the Russian Ministry of Justice’s banned entities list based on the Supreme Court of Chechnya’s decision in 2022. The movement, which does some of its work on the active 1ADAT Telegram channel, stands for an end to the “occupation” of Chechnya. The court decision and consequent listing by the Ministry of Justice already meant that the Public Association Adat People’s Movement was slated for liquidation. Adding the Adat People’s Movement to the RFM’s list may appear to be unnecessary duplication, but the listing could be used in the future against individuals associated with the movement. The RFM designation could also apply to a grouping which avoids taking on any form of legal identity. Crucially, RFM designations do not require an official court decision, unlike new designations to the Ministry of Justice’s list of banned entities.

In addition to becoming the number one sanctioning country, Russia also remained the number one sanctioned country. The European Union’s (EU) seventh package of sanctions targeted Russia’s top lender, Sberbank, freezing its assets in the West and blocking transactions that are not food- and fertilizer-related.

On September 5, Russia cut gas exports to Europe by ceasing all deliveries through the Nord Stream 1 pipeline, citing the need for turbine repairs. Germany exposed itself to heavy criticism when it secured a sanctions exemption in June to send a turbine repaired in Canada back into Russia. At the time, Berlin argued that sending the power compressor turbine (which is needed for the pipeline to function) would call Russia’s bluff and make clear that deliveries were being curtailed for purely political reasons. This is ultimately what has happened only three days after the Group of Seven (G7) countries announced they would force a price cap on Russian oil exports.

Drug trafficking sanctions: Are they effective?

Turning to Latin America, Mexico and Colombia have a high number of sanctioned entities and individuals. The primary reason is their involvement in the illegal drug trade, covered by US Executive Order 14059, as well as Narcotics Trafficking and Foreign Narcotics Kingpin Sanctions Regulations.

This summer, the US Treasury designated Obed Christian Sepulveda Portillo, an individual acting on behalf of the Mexico-based Cartel de Jalisco Nueva Generacion (CJNG)—a violent organization responsible for trafficking fentanyl and other deadly drugs to the United States. Portillo was trafficking firearms from the United States to CJNG, enabling the cartel to protect drug trafficking routes and other illicit assets. Treasury has previously sanctioned CJNP and its network of businesses and individuals facilitating the illegal drug trade. As a result of sanctions, any property or interests owned by Portillo in the United States will be blocked and reported to Treasury, and Americans will be prohibited from facilitating transactions with him.

By restricting access to US financial institutions, sanctions against drug trafficking organizations and individuals disrupt their operations. However, it is unclear whether sanctions alone can deter potential traffickers. Treasury has been keen to highlight that its designations have helped dismantle cartels and apprehend leaders; but it also acknowledges that these outcomes were achieved in coordination with US and foreign law enforcement agencies. Taking on the cartels does cause collateral damage locally: Unemployment and drug-trafficking violence tend to increase as new groups compete for abandoned territory. Still, there are merits to deploying sanctions to tackle the illegal drug trade, and it is reassuring to see that policies are subject to internal scrutiny and frequent evaluation.

Russia is the main driver behind this year’s designation uptick

This year has been one of the most intense in the history of sanctions, driven by the West’s resolute and united response to Russia’s invasion of Ukraine. Still, given that the United States has the most expansive sanctions program, partners have been catching up. Switzerland increased its total number of sanctions by 66 percent from last year, followed by the United Kingdom’s 56 percent.

To learn about Western sanctions against Russia and to find out where gaps still remain, check out our brand-new Russia Sanctions Database.