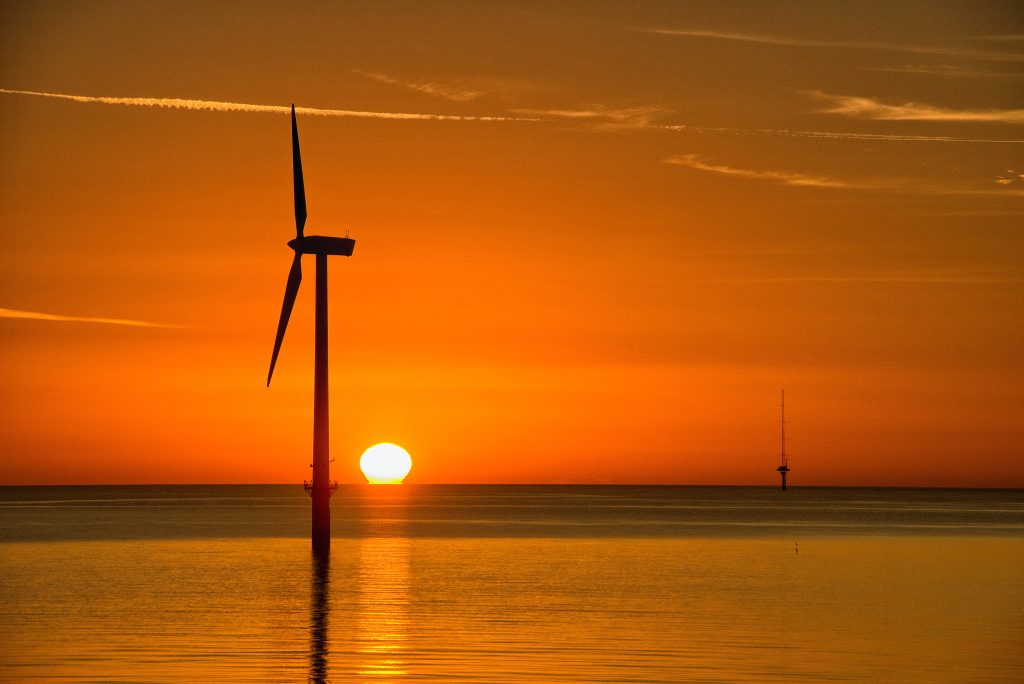 The European and transatlantic geopolitics of energy have changed dramatically over the last few months. Prior to the invasion of Ukraine, Russia provided the EU with 40 percent of its annual gas demand. Just three months later, the European Commission put forward REPowerEU, a bold plan to reduce its decades-long dependence on the supply of Russian fossil fuels to a minimum.

However, moving away from Russian gas will be particularly difficult and cannot be achieved quickly. While increasing energy efficiency and switching to other suppliers—including the United States—as well as ramping up LNG capacity both at home and in supplier nations are part of the short- to medium-term remedy, hydrogen will be critical to the long-term solution to the challenge.

Thus, it is encouraging that on the same day that the EU launched REPowerEU, Denmark, Belgium, the Netherlands, and Germany signed a declaration to build 65 gigawatts (GW) of offshore wind power capacity and 20 GW of hydrogen capacity by 2030. While German industry is poised to be the driver of demand for hydrogen, Denmark and Norway (though the latter is not an EU member) can play a key role in creating a reliable, sustainable, and profitable European hydrogen market. Although the two Nordic countries have a combined population of just 11.3 million people (less than Ohio), they are not only both founding members of NATO, but also hold important pieces to solve the European energy puzzle.

First, Norway is the largest net exporter of electricity in Europe, surpassing even the EU’s largest economies such as Germany and France. However, as hydropower produces 86 percent of Norway’s electricity, any new offshore wind power could be used for hydrogen production. An important factor will be the combination of the fluctuating wind power and the use of Norway’s hydropower as a “battery” that will allow the country to utilize the electricity surplus as a cheap and reliable source of power for electrolysis.

Third, the Danish government has set a goal of building up to 6 GW of electrolysis capacity by 2030. Norway has yet to set a goal for its hydrogen production capacity, but its government’s hydrogen roadmap, published last year, calls for the construction of two industrial hydrogen plants. More importantly, as the Norway’s sovereign wealth fund boasts $1.2 trillion (more than the total GDP of Mexico or Indonesia), the country could play a significant role in the hydrogen economy by providing risk finance both at home and abroad.

Fourth, despite the hype about “Nordic socialism” in the US, both Denmark and Norway are strong market economies that attract considerable foreign investment. In fact, the World Bank most recent Ease of Doing Business Index ranked them fourth and ninth globally (the US was placed sixth). This bodes well, as almost 7 GW of electrolysis capacity is under planning in Denmark right now.

Hydrogen is the most abundant element in the universe, but it will be no small feat to have it first supplement and, down the road, perhaps even overtake natural gas in Europe as a source of energy. If Germany stays the course and leads the demand-pull for hydrogen, Denmark kickstarts the production of hydrogen, and Norway helps with the financing of risks through partnerships, Europe can lead the global hydrogen revolution. The two Nordic countries’ experience, know-how, wealth, abundant wind resources, and strong commitment to democracy makes them the ideal—if perhaps unexpected—leaders to shrug off the Russian gas yoke.

András Simonyi is a former Hungarian ambassador to the US and NATO now living and working in Washington, DC. He was the managing director of the Center for Transatlantic Relations at SAIS Johns Hopkins University (2012-2018), presently working as a nonresident senior fellow with the Atlantic Council Global Energy Center and at the George Washington University School of Engineering and Applied Science. Follow him on Twitter @AndrasSimonyi