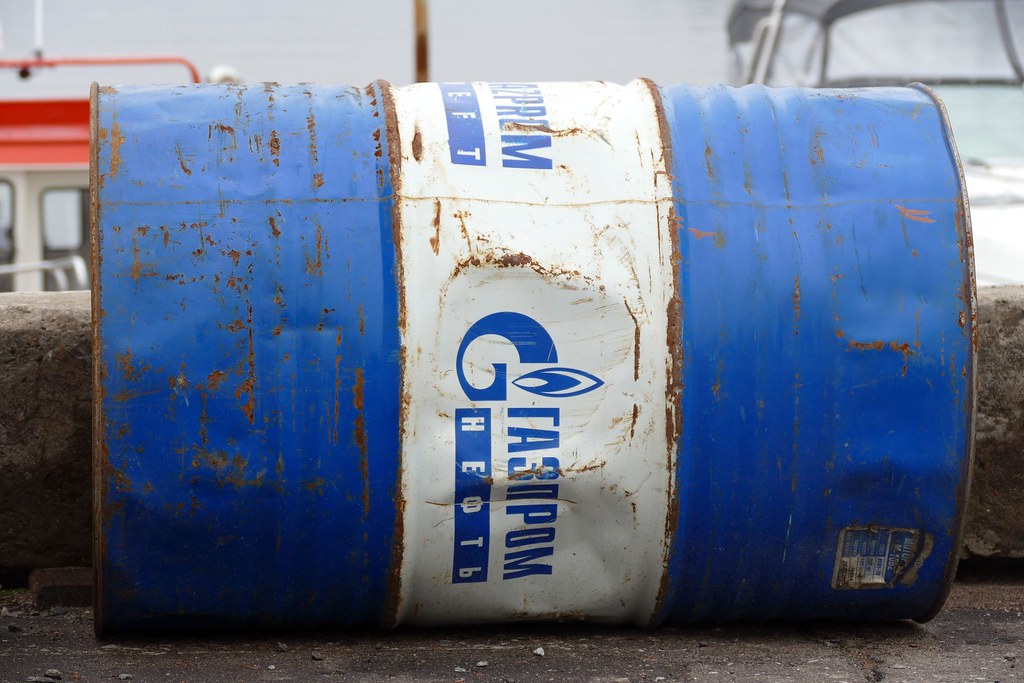 In the run-up to Russia’s invasion of Ukraine, Gazprom was already busy setting the stage. Its role was to soften up the European Union (EU) by keeping natural supplies low and prices high in advance of the conflict. Moscow wanted to keep the Europeans vulnerable and therefore less likely to intervene when Russia invaded Ukraine.

Gazprom delivered. It held back natural gas from the European spot markets, and as a consequence, gas prices in Europe spiraled to unheard-of levels of more than $1000 per thousand cubic meters over the winter. Gazprom also refused to fully refill European storages, leaving energy commentators across the continent obsessing daily throughout the winter at the low level of gas stocks.

It is true that as China came out of lockdown beginning in the spring of 2021, Chinese demand accelerated, creating a major global knock-on effect on natural gas prices. It is also the case that this price spiral was exacerbated by a series of supply disruptions. However, Gazprom actions turned what would have been an expensive winter into a major European energy crisis.

It is clear now that this softening-up exercise did not ultimately deter the European Union from supporting Ukraine. However, high natural gas prices and low storage levels still deter politicians in some EU member states, notably Germany and Austria, from voicing full-throttled support for Ukraine. To that extent, the Gazprom operation has been success.

Gazprom has so far been able to avoid scrutiny with regard to its support for Russia’s military operation, partly because it began its softening-up operations well before the actual invasion took place on February 24 and partly because the supply decisions made by Gazprom looked at first sight like ordinary commercial decisions from outside the market. In fact they were not.

Over the last decade and a half as gas liberalization took hold, Gazprom has become a major player on EU gas trading hubs, such as the Dutch TTF hub. By spring of 2021, it had continuously supplied natural gas to hubs like TTF as part of its regular commercial operations for well over a decade. Over time, pricing by hub dominated the whole European gas trade; in fact, this pricing was applied to Gazprom’s long-term supply contracts as well, becoming so predominant that approximately 70 percent of natural gas sold under long-term contracts in the spring of 2021 was sold by reference to hub pricing, not by indexation to oil prices. All the while, Gazprom refilled storages across Europe—some of which it owned—through summer, in time for the winter heating season.

Then suddenly, in the spring of 2021, it began to change its practices. While it continued supplying its long-term contract customers, it began to reduce its supply to the European spot market. Hubs such as TTF began to see far less Russian gas being offered. Naturally, this squeezing of natural gas supplies increased spot prices. However, because most of Gazprom’s long-term customers were subject to hub-based pricing, their prices increased as well. In other words, by depriving gas flows into European hubs, Gazprom raised prices both on the spot market and in long-term agreements.

This pricing strategy was reinforced by discontinuing its more-than-decade-long practice of refilling European gas storages. Through the spring and summer of 2021 Gazprom limited the refilling of EU-based storages to both its own and to independent storage owners. By December 2021, European gas storages were at the lowest point at any time in the last five years. Gazprom made the situation still worse by draining its own storages to fulfill its own contracts rather than importing more gas. The International Energy Agency (IEA) estimated that 50 percent of the deficit in European storages was due to the depletion of Gazprom-owned storages, despite the fact that Gazprom only owned 10 percent of European storages. This rapid draining of storages left European gas storage dangerously low at the height of winter, increased market panic, and further inflated gas prices.

In no way can Gazprom’s actions from the spring of 2021 and then on into the winter of 2021-22 be viewed as the decisions of a normal commercial supplier. Its decisions have certainly generated Gazprom greater profits in the short term. However, its decisions have also resulted in significant demand destruction, with some customers switching to other fuels and others going out of business. More fundamentally, Gazprom has huge sunk costs in its gas fields, gas storage facilities, and pipeline systems, with nowhere else for the overwhelming majority of its gas exports to go.

Gazprom has, therefore, a huge commercial incentive to maintain its reputation as a reliable and stable supplier of gas to the European market. This reputation, at least in Western Europe, was hard-won over fifty years, since the first Soviet gas flowed in Austria in 1967. It was underpinned by the principle of mutual interest; Russia needed to sell gas, and Europe needed to buy it. However, this reliability was abandoned by the Russian state and Gazprom last year in the interest of winning a war against Ukraine.

There are a number of questions as to why the European Union and its member states did not grasp Gazprom’s maneuvers as they were taking place. This may be due in part to the view that Moscow had other, more limited energy objectives. For instance, there was a view (shared by the author) that the objective of the supply limitations was to push Nord Stream 2 through the EU regulatory process. (Economic coercion was being applied to force the EU to clear Nord Stream 2 through the procedures of the EU Gas Directive 2009.) That, however, was never likely to work. EU law is not bendable to such economic coercion, due to the substance of the law, the existence of a wholly independent EU court in the shape of the Court of Justice of the European Union (CJEU), and a group of powerful state actors—led by Poland—who were willing and had standing to sue.

An alternative view was that the overall supply restriction plan had the principal aim of forcing most European energy companies back to long-term contracts and away from hub-based pricing. This was plausible, but it would have also been misguided given the entire transformation of the European gas market over two decades. Gazprom could not simply turn back the clock.

Even though most experts had reasons to not appreciate Gazprom’s true objectives in the run up to war, until the invasion was launched, Europe did open itself to be able to be softened up. The EU and its member states took no steps to reduce its supply dependence on Russian natural gas. From the period of the first Russian invasion of Ukraine in 2014—when Russian natural gas imports were 30 percent of imports—imports of Russian gas steadily rose to a level of 45 percent of total imports on the eve of the invasion in February 2022, and 50 percent of imports in Germany.

There are understandable reasons for these levels of supply vulnerability. The progressive closing of the Groningen field—which was producing 54 billion cubic meters (bcm) of natural gas as late as 2013—increased European supply vulnerability. So did the German 2011 decision to progressively close its nuclear power stations. In addition, while decarbonization is vital, the EU and its Member States undertook decarbonization without thinking through the implications for supply security, particularly by switching off coal and then deciding to just import more Russian natural gas.

Poland and Lithuania were the sole exceptions. The two countries took a series of expensive measures to ensure that gas alternative gas supplies were available. This included seeking alternative European suppliers of natural gas from Norway via the newly established Baltic Pipeline (the first gas will flow through that pipeline in winter 2022-23), establishing liquefied natural gas (LNG) terminals, and being willing to sign supply contracts with LNG suppliers.

Now, the Polish-Lithuanian focus on supply security is likely to become a key part of a redesigned European energy security policy. In addition, Gazprom’s role in the run-up to the war in Russia’s attempt to soften up EU states raises broader concerns as to the role of Russian energy companies in the European market.

It is likely that Europe will develop a three-track energy security program involving making greater use of non-Russian gas sources (including LNG), deploying renewables at greater scale, and encouraging wider acceptance and adoption of nuclear power in those EU states who are willing to use it.

The broader energy security question for Europe, however, revolves around the role of Russian energy companies such as Gazprom. Given the willingness to use energy supplies as part of its pre-invasion strategy, including by depleting its own storage facilities to undermine European supply security, there should be no tolerance in Europe for Russian ownership of energy assets. This would include requiring asset disposal not only of storage facilities, but also pipelines such as Nord Stream 1, along with other assets like refining facilities.

Asset disposal is the easier issue. The more difficult question to answer concerns the role Russian natural gas will play in the European market after the war? The willingness of Gazprom to be part of the Russian state strategy in the lead-up to war, and its willingness to manipulate the spot market to drive natural gas prices in the interests of the Kremlin, marks Gazprom and other Russian energy companies out as non-market actors. They thus cannot be permitted to operate freely as ordinary commercial entities on the European market. Instead, Gazprom and other Russian energy firms have to be regulated and taxed to ensure that they cannot threaten European security interests. This would probably require the European Union to impose a collective purchase requirement on Russian gas, and to control the price, route, and exact delivery points.

The mistake the Kremlin made in using Gazprom so explicitly as a weapon in its war-making is that it left Gazprom open to being heavily regulated by the EU. At the end of the day, Gazprom cannot sell its European pipeline gas to China. There is nowhere else for the 140 bcm of pipeline gas to flow but to the EU. Furthermore, Gazprom ultimately needs to sell that gas both for its budget revenues (currently Gazprom contributes 10-15 percent of Federal tax revenues) and to subsidize natural gas to Russian consumers. The Kremlin would have no choice but to accept EU regulation. But such are the consequences of abandoning commercial responsibility in favor of complicity in the waging of a brutal, genocidal war.