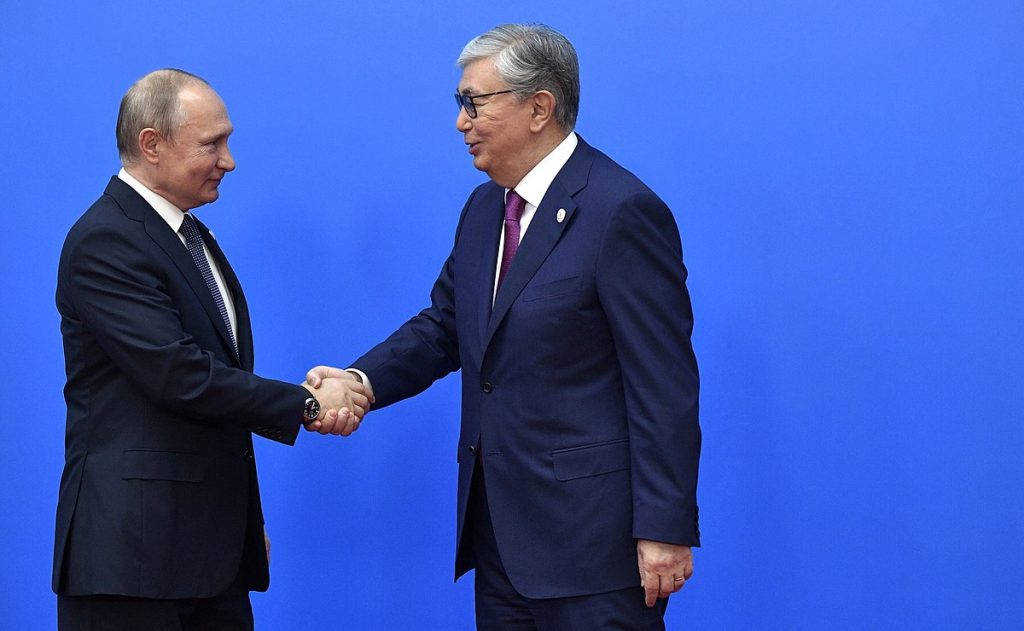 As a popular uprising ousted Nursultan Nazarbayev, a thirty-year strongman ruler-turned éminence grise, Kazakhstan stood on the precipice of revolution. President Kassym-Jomart Tokayev’s decision to solicit the Russian-led Collective Security Treaty Organization (CSTO)’s help to quell the unrest—a seeming contradiction of Kazakhstan’s long-established “multi-vector” approach for balancing great powers—seems to have resuscitated his rule. Despite Russian troops’ choreographed exit after decisively quashing the revolution, the episode has undoubtedly brought Kazakhstan further into Russia’s orbit. In energy, the primary loser may be China.

The energy undertones of Kazakhstan’s political tumult are conspicuous. The rapid doubling of fuel prices in Kazakhstan’s oil-rich west set off political discontent that rapidly conflagrated, turning an energy crisis into a security one. Tokayev, Nazarbayev’s hand-picked successor, failed to deliver on reforms promised by a 2019 election and grew increasingly isolated as Kazakhstani police joined the protests. Unable to trust state forces, Tokayev called in Russia to prevent his own ouster. Yet even after withdrawing, Moscow has left an indelible mark on Kazakhstan’s energy-security nexus.

That nexus has been defined by the country’s “multi-vector” approach to foreign relations, designed to maximize sovereignty in a region shaped by great power competition. Kazakhstan shares an Enhanced Strategic Partnership with the United States, encompassing security, energy, and trade. US-based Chevron, ExxonMobil, and ConocoPhillips are predominant stakeholders in Kazakhstan’s massive Caspian oil patches. Meanwhile, the country’s membership in the Eurasian Economic Union (EAEU) allows the landlocked state access to Russia; oil from those western fields reaches global markets through a pipeline terminating in Russia’s port of Novorossiysk.

The ascendancy of the third vector in Kazakhstani foreign policy—China—complicates this game. China has an increasing footprint in Central Asia within an emerging “division of labor” whereby Moscow handles security matters and Beijing economic ones. Kazakhstan is central to China’s overland export trade within the Belt and Road and is gaining increased importance as an energy supplier. China has equities controlling 24 and 13 percent of Kazakhstan’s oil and gas production, respectively. Kazakhstan exported $1.2 billion in crude oil and $1.65 billion in gas to China in 2019—well over a third of sales to Kazakhstan’s largest external market—along two eastward pipelines which transit even larger volumes of gas from Turkmenistan and Uzbekistan through Kazakhstani territory.

While the immediate US response to the CSTO deployment was tepid, China’s more forceful response was telling. With Russian forces en route, Foreign Minister Wang Wenbin declared the unrest was an internal matter which Kazakhstan could—and perhaps should—handle itself. The CSTO operation bypassed the Shanghai Cooperation Organization, which joins both Kazakhstan and Russia to China, who assumed the organization’s rotating leadership the week prior. CSTO intervention therefore cut Beijing out of a key security relationship on its western frontier, with profound energy implications.

China is crucial for the diversification of Kazakhstani energy sales. It is the center of a growing Asian oil market bucking the downward demand trend seen in Europe, the destination for most Kazakhstani oil exports. Gas offers even stronger growth prospects. Coal-to-gas switching will figure prominently in China’s shorter-term decarbonization goals as it aims for carbon neutrality by 2060, and pipeline gas traded under long-term contracts can insulate China from the volatile trade of liquified natural gas, of which it is now the world’s largest importer.

Yet the Chinese hydrocarbon market presents a moral hazard for Kazakhstan’s greater economic diversification. Oil and gas revenue account for 35 percent of Kazakhstani GDP and 75 percent of exports, as well as most of its foreign direct investment. Kazakhstan’s energy transition has therefore been slow, and the underdevelopment of the midstream supply chain—Kazakhstan exports crude oil for refinement—leaves added value on the table and incentivizes refinery investments over longer-term clean energy plays. While Kazakhstan seeks to cash in on strong Chinese demand, it is overexposed to oil in an increasingly clean global energy system. The Atlantic Council’s Oil Market Volatility Index lists the country among a “fragile and failing” group of major producers like Libya, Venezuela, and Nigeria, whose share of a declining market will shrink.

Growing energy reliance on China conversely fosters greater political reliance on Russia. Kazakhstan plays second fiddle to Russia within the “plus” contingent of OPEC+, which routinely tangles with the Saudi-led OPEC core over production levels. Russian patronage has its rewards; a compromise between Moscow and Riyadh at the March OPEC+ ministerial allows special exemptions for Russia and Kazakhstan to pump more oil, creating an opportunity for Kazakhstan to grow market share.

But Russian help comes with strings attached. As Niva Yau, a fellow at the Foreign Policy Research Institute, notes, Russia has pressured Kazakhstan within the EAEU to agree to harmonized oil and gas standards that could allow Moscow to set the prices for exports to China. Piped gas contracts do not follow the same market logic as oil, but through the EAEU, Moscow can dictate Kazakhstan’s gas export prices like OPEC+ does its oil price. As Russia increases its own Chinese gas exports through two Power of Siberia pipelines, the country can outmuscle distant Kazakhstani supply with swifter access to China’s far-eastern population centers.

As CSTO troops deployed, Russian commentators like Margarita Simonyan, editor-in-chief of RT, tweeted “conditions must be set” on Russian assistance. Moscow has saved Tokayev, and there will undoubtedly be a price to pay. Russia could now have leverage over eastward gas much as it does in Europe, putting a Russo-Chinese division of labor in Central Asia to the test. Tokayev will need to act shrewdly if Kazakhstan’s multi-vector foreign—and energy—policies are to be saved.

Paddy Ryan is a program assistant at the Atlantic Council Global Energy Center.

As extreme weather events devastate the central US, the time to prioritize climate resilience is now

By Clinton Britt and Andrea Clabough

The recent disaster in Kentucky marks a continuation of an escalating pattern of catastrophic weather events in the US. With so many lives at risk, climate resilience cannot fall by the wayside. It must be an emphasis now.

Cyberattacks on our energy infrastructure: The need for a national response to a national security threat

Secretary Jeh Johnson calls for a cohesive national response to combat the growing cyber threat to our nation’s energy infrastructure. He lays out several recommendations for a path forward.