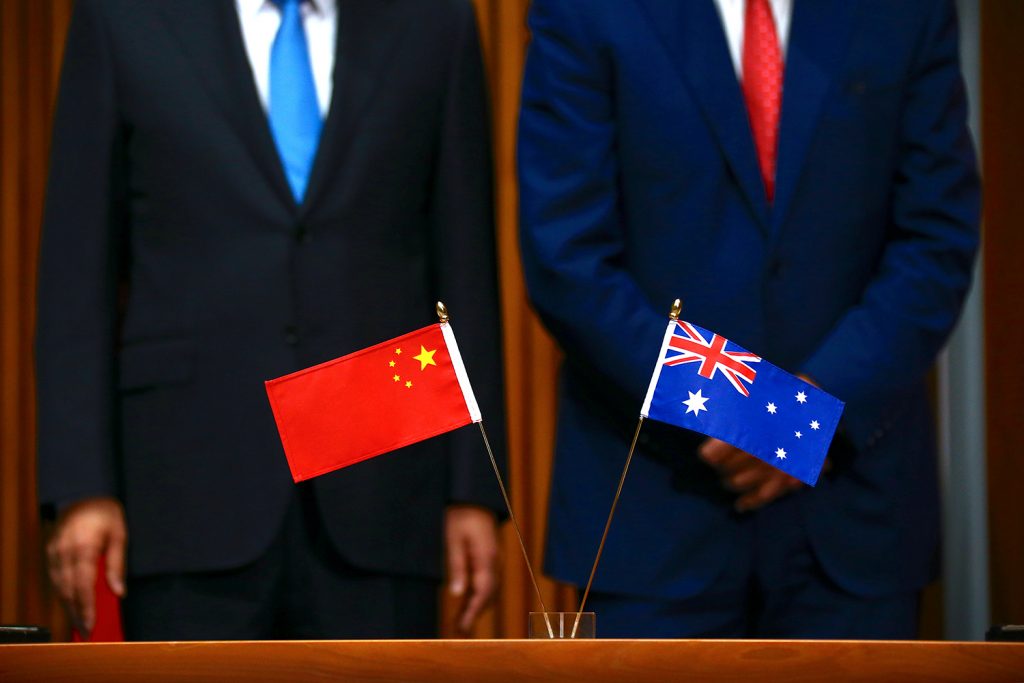 The challenges of foreign influence have drawn significant attention in recent years. While many have rightly focused on ‘meddling’ in democratic elections around the world and the hacking of governments themselves, there are more subtle, and arguably more insidious, forms of foreign influence taking place that need greater attention. Much of this influence comes from pressure applied via economic leverage, whether it be on pop culture, sport, or increasingly within academia.

While incidents of this latter pressure are occurring across the West, Australia and New Zealand have found themselves at ground zero for this contest, due to their proximity to China and their desirability as a destination for foreign students.

Australian universities have long been a destination for students from around the world and it has become a huge part of the Australian economy: education is now Australia’s third biggest export. Chinese students represent by far the largest proportion of that population making up around a third of the total international student body, which itself accounts for around a quarter of enrolled students at Australian universities.

To be clear, having a significant international student body at any university is an unalloyed good. They inject new perspectives and thinking, broaden the range of research, build strong inter-cultural personal networks, and inject funding into centers of learning. It is also a great path for attracting foreign talent into a domestic economy.

However, as China’s regional ambitions grow and its attempts to influence regional policies becomes more aggressive, universities are becoming a contested space. There are increasing concerns that Australian universities are becoming over-reliant on the funding associated with Chinese students studying there, and actively limiting activities on campus because they may upset both the Chinese students and authorities.

While it has not yet occurred, there is the risk that China could use the threat of limiting the number of students attending Australian universities as an economic lever. They have repeatedly demonstrated a willingness to use domestic consumer demand and tourist spending as a way to punish or shape countries Beijing has policy disagreements with, and there is no reason to think they wouldn’t do the same with students.

Most worrying is the increasing direct investment within the Universities themselves, such as the spread of Confucius Institutes. While billed as cultural outreach and language centers that promote positive aspects of Chinese culture, the Chinese government provides funding of $100,000 a year as well as teachers and materials to the institutes.

The host universities often sign agreements “explicitly stating they must comply with Beijing’s decision-making over teaching at the facilities.” While it is claimed the centers don’t engage in political discussion, they have been described by Chinese officials as an important part of “China’s overseas propaganda setup,” and are used to influence opinions across the university.

There are also concerns that collaborative research programs undertaken by universities with Chinese academics on sensitive technological topics, such as artificial intelligence and quantum physics, link directly back to the Chinese military.

Then there are the examples of student bodies being leveraged to generate ‘patriotic’ crowds in foreign nations to either protest or support Chinese objectives, and a spate of tense clashes on campuses at both Australian and New Zealand campuses related to pro- and anti-China issues.

China’s effort to censor and undermine Western academics have also been more direct. Several academic journals have been pressured to modify or remove articles that the Chinese government disagrees with. China is also suspected of being behind a sophisticated and extensive cyber-attack on the Australian National University last year.

The risks are significant. Some national security agencies within Australia are wary of any collaboration with Australian universities due to the risk of compromise, and there are reports that perceived dissent by Chinese students on Australian campuses has resulted in harassment of their families on the mainland.

But the risks are being taken seriously. Australian officials are proud of the broader efforts to curb foreign influence, such as enacting legislation targeted to mitigate those efforts and the banning of Chinese telecom giant Huawei from 5G networks. In order to respond to the specific risks to universities, they have now published voluntary guidelines on to take practical steps they can take to mitigate potential sources of foreign meddling.

These efforts are a good step forward, but universities are not yet equipped with the tools needed to tackle their new role within the contest for influence. That will need to change, as risk of foreign interference will only grow in the future.

John Watts is a nonresident senior fellow in the Atlantic Council’s Scowcroft Center for Strategy and Security. Follow him on Twitter @John_T_Watts.

Can Beijing export its manipulation of information?

While censorship and propaganda have long been features of Chinese domestic politics, Beijing is ramping up its information operations abroad.

Toward digital power over states

By Thomas A. Campbell

Rapid advances in digital technologies amplify the potential for data acquisition from and influence over other states. One state aggressively pursuing digital advantage globally is China, especially in its leveraging of artificial intelligence (AI).

Why the US Marines were sent to northern Australia

The joint exercises and constant contact give soldiers from both countries opportunities to practice working together, as well as building those personal ties.