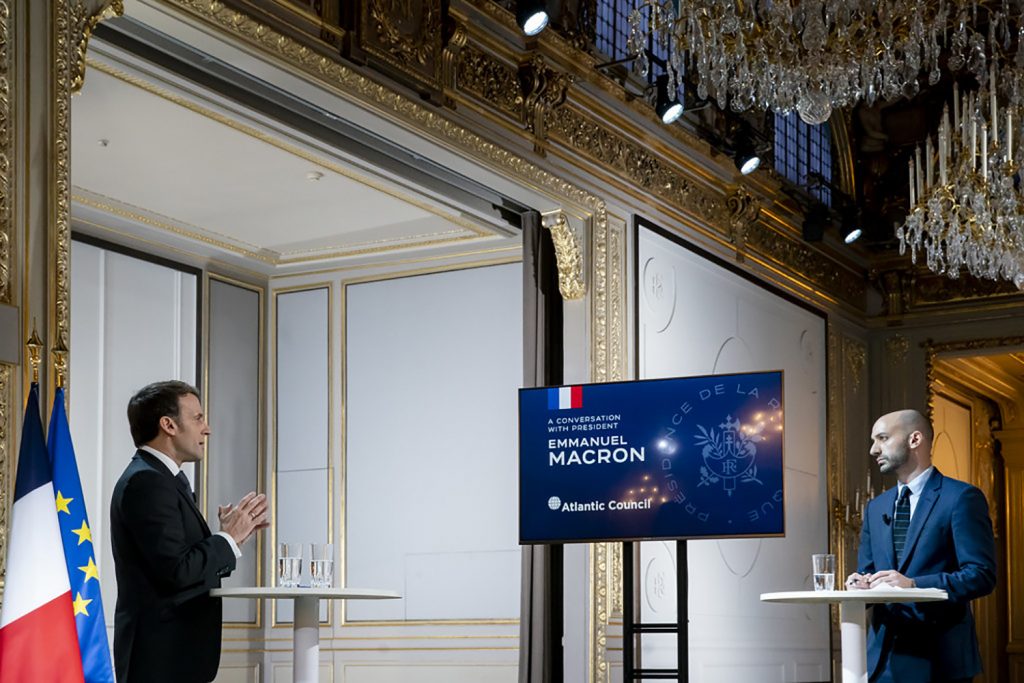 That was the first of a three-pillar agenda for a reinvigorated transatlantic relationship that Macron revealed at an Atlantic Council Front Page event to mark the official launch of the Council’s new Europe Center. His other two pillars involve the United States and Europe coordinating more closely on addressing regional crises in the Middle East, Indo-Pacific, and Africa; and forge new, innovative partnerships to tackle the defining challenges of our time such as inequality, arms control, and climate change

Over the course of an expansive, one hour and twenty minute conversation, Macron dove into topics ranging from how to think about European strategic autonomy to how best to regulate speech on social media. Below are some of the highlights.

Who are allies, rivals, adversaries, and partners?

Transcript: President Macron on his vision for Europe and the future of transatlantic relations

At the launch of the new Atlantic Council Europe Center, French President Emannuel Macron talked about how with a new administration in the United States, this is an opportunity to re-invigorate the transatlantic community to tackle common challenges. This moment is an opportunity to reshape the Alliance with a more responsible global Europe at its core.