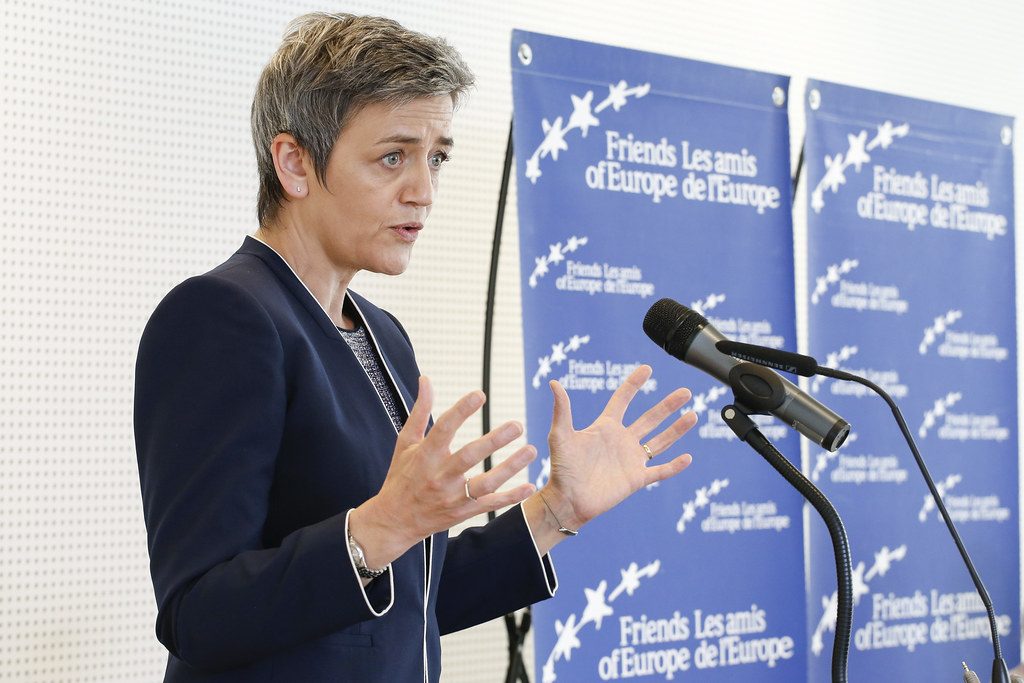 On September 10, European Commission President-elect Ursula von der Leyen outlined the structure of the new European Commission and announced the assignment of commissioners-elect to their specific portfolios. The main actors working on digital policy will be:

It is also possible that Valdis Dombrovskis, the executive vice president-designate, responsible for “An Economy that Works for People” will have a role in digital policy, but the extent of his involvement is unclear. Didier Reynders, responsible for “Justice” will also have input on law enforcement and consumer issues.

The commissioners-elect must now appear before the relevant committees of the European Parliament to answer questions in a process similar to US cabinet-level confirmations. Gabriel had her hearing on Monday, September 30, before the Industry (ITRE) and Culture committees, and Goulard appeared on Wednesday, October 2, before the ITRE and Internal Market (IMCO) committees. The three executive vice presidents will follow, with Vestager’s hearing on October 8, before the ITRE, IMCO, and the Economic and Monetary Affairs (ECON) committees. The Parliament will vote its approval (or disapproval) of the entire Commission en bloc, rather than individual commissioners. That vote is scheduled for October 23.

In the past, one or two commissioners-elect have encountered serious opposition in the Parliament, and some have been forced to withdraw; in fact, the Hungarian and Romanian commissioners-designate have already withdrawn and been replaced. Whether this will affect the commissioners working on digital policy is not clear; Goulard faced close scrutiny in her hearing due to on-going investigations into her use of parliamentary funds, and will probably have to answer additional questions. Her future is far from clear. If approved, the new commission is expected to take office on November 1, and they will guide European policy until October 31, 2024. In her Political Guidelines for the Next European Commission, von der Leyen identifies “A Europe fit for the digital age,” as the third of six major priorities to guide the Commission’s work. She called for Europe to “lead the transition to… a new digital world,” and in particular for:

In addition, the mission letters that von der Leyen provided to Vestager, Goulard, and Gabriel call for:

Von der Leyen specifically prioritized taxation of the big tech companies, and she made it clear that the EU will act alone at the end of 2020 if there is no multilateral solution by then. Von der Leyen’s Political Guidelines and mission letters also provide a broader context in which digital policy is a key element through which the EU will seek to develop greater economic and technological sovereignty. In outlining Vestager’s responsibilities, von der Leyen writes that while “striving for digital leadership,” the EU must support industry and “…need[s] companies that compete on equal terms.” She has charged Goulard with “enhancing Europe’s technological sovereignty,” linking this to Europe being a leader in the next frontier of technologies.

Vestager will clearly lead the way on competition policy and any digital services tax, but she will coordinate the Commission’s work on AI and the Digital Services Act, while Goulard has been charged with taking the “lead.” While the headlines have focused on Vestager, Goulard is likely to be the most important player on digital regulation, apart from the specific areas of tax and competition. Gabriel, with oversight of the research DG, will be an important player for industry and academia, but will be less involved in digital policy, except when discussing the need for greater innovation in Europe. As with the last Commission, specific issues might well bring other commissioners and DGs into the digital policy space. Working out who the major players are on key issues, and how overlapping portfolios will be managed, will take time. Given the pace of technological and market change, we should not forget that the digital agenda of this Commission could well look very different even a year or two into its five-year term.

A transatlantic agenda for the new European Commission

The new European Commission will take office on November 1, 2019, at a time of intensifying great power competition and new strain for transatlantic relations. This memo gathers the contributions of several Atlantic Council experts on a variety of issues such as defense, foreign policy, trade, and energy policy