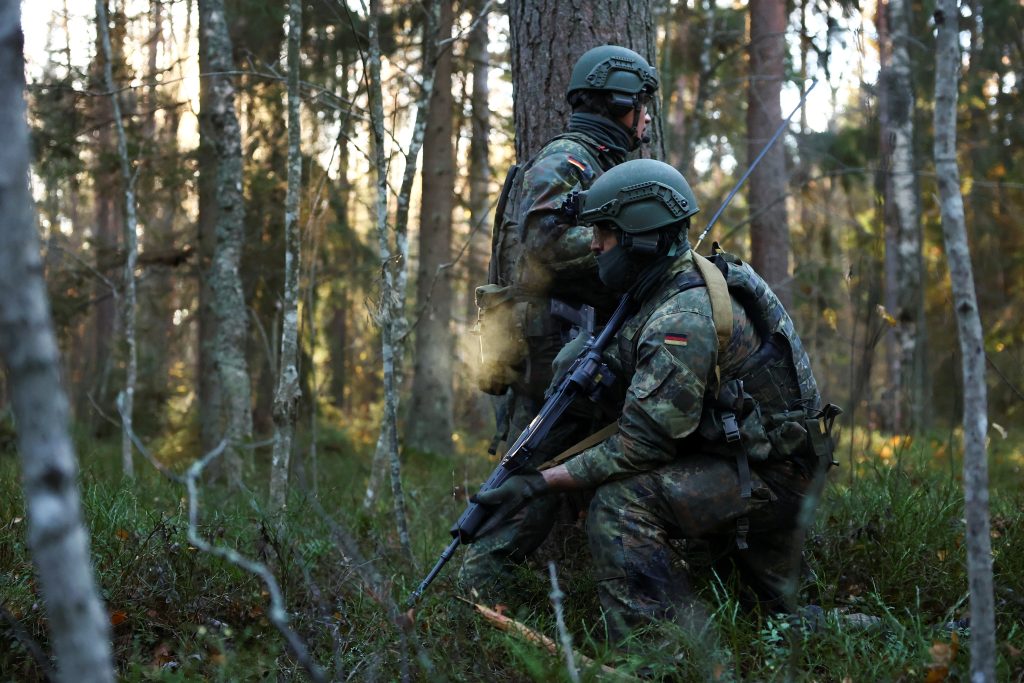 The Russian war of aggression in Ukraine is a turning point for Europe.

I am a child of the post-Cold War order. Peace and prosperity in a united Europe were my reality, but those certainties no longer exist. A radical rethinking has begun, as we realize that there is no natural law protecting freedom. Europe’s systemic rivals will openly challenge the rules-based international order and our ways of life.

In Germany, we coined a term for these strategic challenges of the future that concern us all: Zeitenwende—a turning point. As I travel to Washington this week to meet with US defense officials and others, here’s what the United States should know about this term and this pivotal moment in time for Germany.

A change of minds

Put simply, the Zeitenwende marks the beginning of a new history. We must adjust our minds accordingly, and actions will follow. To understand the Zeitenwende, however, one has to comprehend our different concepts of security.

Germany’s much-criticized philosophy of change through trade was neither greedy nor new. After all, the American revolutionary Thomas Paine said in the eighteenth century that free trade would extirpate the system of war. No one gains from war; everyone loses. Bringing about change through trade instead of war is based on trust as the core of all communities, from local to global. But not everyone accepts common rules, so a robust defense is always necessary against rogue actors.

This does not preclude cooperation with non-democracies in other areas, such as climate change, pandemics, and nuclear non-proliferation. These challenges are simply too big, too common. This reasoning is reflected in the new US National Security Strategy.

Harder to explain is the clear distinction between internal and external security as prescribed by the German constitution. After the totalitarianism of the Third Reich, executive power was curtailed and divided to the advantage of the states. For example, protecting critical infrastructure such as pipelines or cyber is the responsibility of the Federal Interior Ministry or even the states. The German armed forces (Bundeswehr) may only support these efforts under civilian command structures upon explicit request for assistance. This distinction might seem cumbersome to some, yet it is conditioned by our past and will be maintained.

At the same time, these dividing lines are our Achilles’ heel, targeted by our systemic rivals using hybrid means below the threshold of war.

In view of the strategic situation, we are working on our first-ever national security strategy to offer forward-thinking solutions. That strategy will guide and harmonize our policies across the divides. At its core is the ability to defend the country and the NATO alliance. It represents a fundamental change in policy for Germany and, by extension, for the transatlantic alliance. We will derive clear processes for how coordination can run smoothly and effectively in an emergency, and we will practice them regularly in a wide variety of formats.

As such, Zeitenwende does not revert to Cold War schemes; it leans forward and is a new way of thinking about security in and for the twenty-first century.

A change of force

The prevailing challenge is now to translate the conceptual novelties into concrete measures. Zeitenwende is what we make of it. Two priorities stand out.

First, we will fulfill commitments to our international partners. The Bundeswehr must once again be ready to defend the nation and the Alliance. The chancellor made it abundantly clear: Germany will defend every inch of NATO territory. This requires, above all, personnel and material equipment, as well as training.

To achieve this, Germany will drastically increase its defense spending. We set up an ambitious special fund, the Sondervermögen, and will exceed NATO’s target of 2 percent of gross domestic product. The fund is twice the size of our annual defense budget. Investments are reviewed from the perspectives of availability, interoperability, and military effectiveness. For example, one of the fund’s first investments was the purchase of thirty-five F-35A fighter jets from the United States to live up to our responsibilities in NATO’s nuclear sharing arrangements. We made this decision to the displeasure of our European allies, with whom we are currently developing a new generation of fighter aircraft. But urgency demanded action—and we stand by that.

Second, Germany must continue accepting responsibility as an economic and political heavyweight and take the lead. This leadership in partnership is reflected in a variety of ways. Germany provides decisive support in the fight against Islamist terrorism in sub-Saharan Africa, counters Russian aggression on NATO’s eastern flank with a brigade for Lithuania, and is one of Ukraine’s strongest supporters with materiel, training, and humanitarian aid.

These developments reflect our new thinking. Previously, the consensus was that Germany would not supply heavy weapons to war zones. Now, we have delivered the Iris-T SLM air-defense system, multiple rocket launcher systems, and Panzerhaubitze 2000 self-propelled howitzers—all requested by Ukraine, all coordinated with our partners, and all decisive in turning the tide of the war.

The future of NATO

But what does Zeitenwende mean for the United States and NATO?

In a nutshell: Germany will do its part to ensure that Europe becomes more capable of military action within the framework of NATO. Let me emphasize this point: It is about strengthening the European pillar within NATO—we do not want Europe to go it alone. A stronger Europe bolsters NATO’s deterrence and defense—its core mission. Additionally, it relieves the burden on the United States as Europe takes on more responsibility for international crisis management and counterterrorism in its neighborhood.

However, we also are paying close attention to the Indo-Pacific. Due to the region’s critical importance, any subversion of order there has a direct impact on Europe. It’s in our national interest to stand up more for the rules-based order with our partners in the region. With the deployment of the frigate Bayern or the participation of German fighter jets in the Australian exercise “Pitch Black,” for example, we have shown that commitment—and we will continue to expand our Indo-Pacific military footprint.

Transatlantic cooperation is not just a want, but a need to preserve the liberal world order and thus our way of life in the coming decade. Germany is committed. Are you? 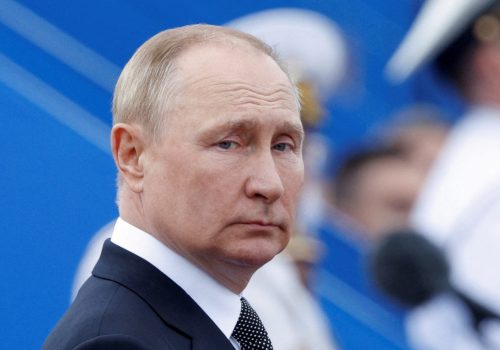 With Russia now dropping all pretense and openly declaring that it will not renew gas deliveries to the EU until sanctions are scrapped, it is vital to learn the lessons from Europe’s earlier refusal to recognize the Kremlin’s weaponization of energy exports. 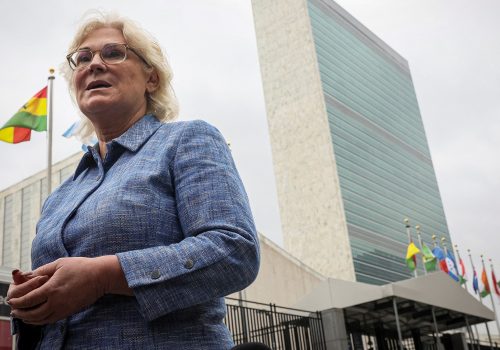 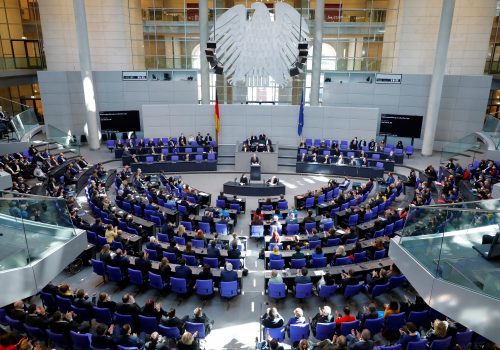 Image: German soldiers of the Air Force Regiment take part in an exercise in the woods during the Baltic Tiger 2022 binational military exercise, which is a contribution at NATO's eastern flank, near Amari, Estonia, October 24, 2022. REUTERS/Lisi Niesner