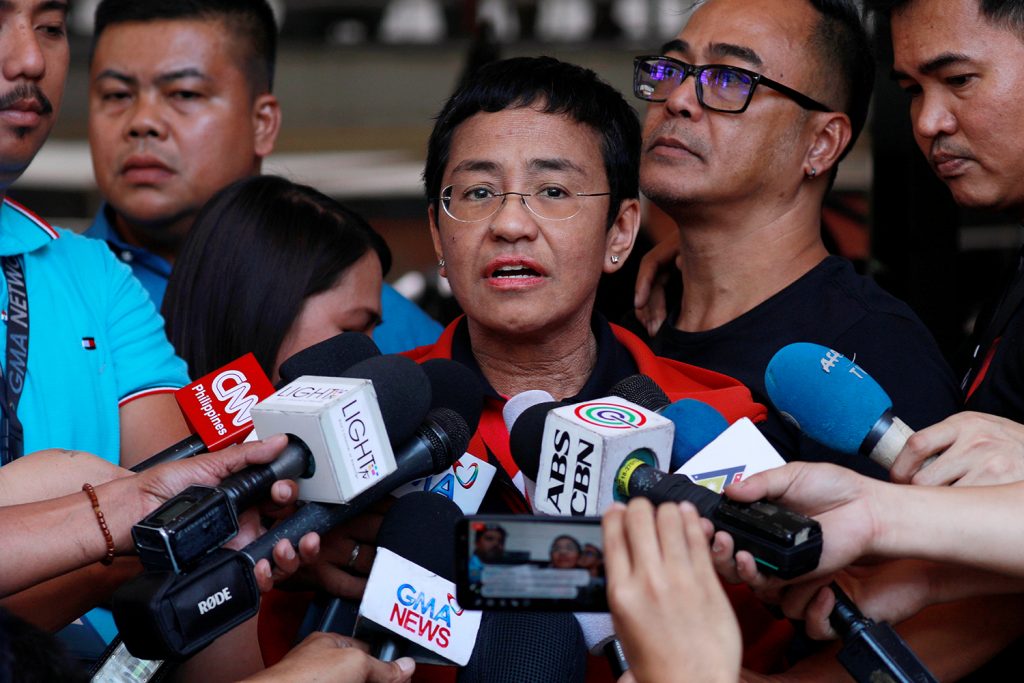 Speaking at an Atlantic Council conference in Washington, D.C. in October 2018, Philippines journalist Maria Ressa warned that journalists in her country and around the world are facing “impunity on two fronts: governments and social media.” That impunity converged, she noted, as allies of the country’s president, Rodrigo Duterte, waged online disinformation campaigns to discredit independent journalists. Using bots and other influencer accounts, these actors “flood the market with lies. And when you do that, you cripple any institutions. You cripple the truth,” explained Ressa, the founder of the popular online news site Rappler, which Duterte has sought to discredit as a platform for “fake news.”

During the Digital Forensic Research Lab’s 360/OS event in June 2018, Ressa described The Philippines, which has some of the highest rates of social-media usage in the world, as “patient zero in the fight [over] fake news.”

Now the country has become an even more prominent test case for the precarious state of press freedom—for truth itself and the institutions designed to safeguard it—not just in the Philippines but in democracies around the world. And Ressa is at the center of it. On June 15, she was convicted by a Filipino court under a “cyber libel” law that could result in a sentence of up to six years in prison.

The court found that Ressa and one of her former colleagues at her online news site Rappler breached a 2012 libel law for publishing an article alleging that a prominent businessman was linked to the drug and human-trafficking trades, which the businessman denied. Although the article was published before the new law came into effect, a 2014 update to the piece made it subject to the legislation’s provisions, the judge presiding over the case concluded. The judge argued that Rappler did not provide sufficient evidence to back up its allegations against the businessman.

Ressa and Rappler have also been accused by government prosecutors of tax evasion, charges Ressa asserts are motivated by Rappler’s reporting on the government’s brutal campaign to curb the country’s drug trade. When she spoke with the Atlantic Council in October 2018, Ressa explained that her work to uncover the truth about the government’s use of violence against alleged drug traffickers has caused Duterte’s supporters to brand her as “the woman fighting President Duterte.” Her rejoinder was that she has “been nothing but a journalist. I have lived according to the standards and ethics of journalism, and now I could be arrested. That is an insane world.”

Despite the constant pressure she faced from the Duterte government and its allies, Ressa maintained in her October 2018 speech that independent media could still prevail. “Because our institutions are so weak, Filipinos [come] to journalists for some sense of justice,” she said, and it was up to the press, in turn, to build relationships with citizens directly. “It takes a network to beat a network,” she declared. Upon her arrest on June 15, Ressa appealed to that network, telling the BBC that “Rappler and I were not the only ones on trial.”

“Filipino journalists are really coming together in a whole different way” to “hold the line” against the government’s actions, she said two years ago. “We can win this.”

A Tunisia-based company operated a sophisticated digital campaign involving multiple social media platforms and websites in an attempt to influence the country’s 2019 presidential election, as well as other recent elections in Africa. In an exclusive investigation that began in September 2019, the DFRLab uncovered dozens of online assets with connections to Tunisian digital communications firm UReputation. On June 5, 2020, after conducting its own investigation, Facebook announced it had taken down more than 900 assets affiliated with the UReputation operation, including 182 user accounts, 446 pages, and 96 groups, as well as 209 Instagram accounts. The operation also involved the publication of multiple Francophone websites, some going back more than five years.