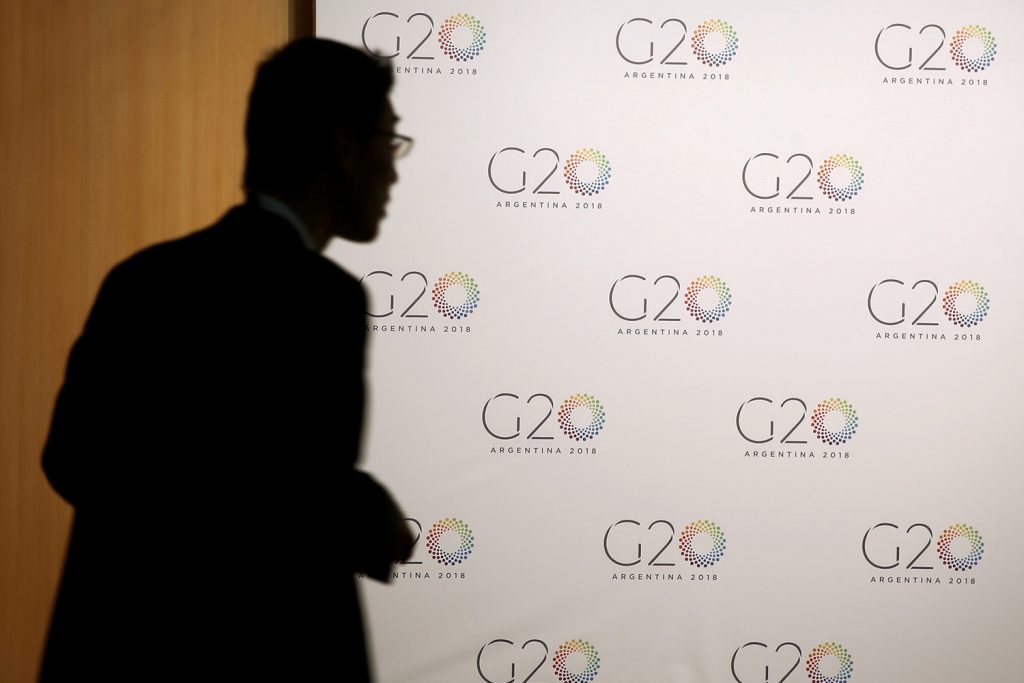 The virtual gathering of international officialdom for the Group of Twenty (G20) and International Monetary Fund-World Bank meetings from October 12 to 18, concluded with the usual mix of purpose and rhetoric. But on the crucial issue of support for poor countries struggling against the economic impact of the global pandemic, officials described meetings as memorable largely for displays of US-China tension, rather than policy substance.

In terms of concrete decisions, the ministers agreed to only a six-month extension of a moratorium on debt service payments by developing countries on official, bilateral loans. It was the “bare minimum” of support, as one observer called it, falling short even of the one-year extension that many had expected. The group also announced a “Common Framework for COVID-19 Debt Treatments” for countries facing unsustainable debt—but that bare-bones initiative mystified the IMF and World Bank officials who will be expected to flesh it out.

Beyond that, there was no new financial assistance for countries whose economies have been devastated by falling exports, tourism, and remittances, all of which have made their debts increasingly unsustainable. There also was not a word on holding foreign bankers and bond holders to account for their stubborn resistance to debt forbearance. The failure to act came as a World Bank report projected that as many as 150 million people could be pushed back into extreme poverty by the end of 2021.

Officials who took part in the G20 talks highlighted three reasons for the week’s disappointing results. First, they said, G20 members selectively drew on forecasts from the international financial institutions to rationalize a go-slow approach to low-income countries. After the IMF’s latest World Economic Outlook detailed “positive surprises” and a slightly improved outlook for 2021, the ministers chose to view the glass as half-full and declared that the global situation is “less negative.” Some G20 members appear to hope for a rebound next year that will enable them to end debt relief altogether.

Second, officials say that the absence of a common position from the governments of developing countries—especially African nations—weakened advocacy for debt relief. This mirrors the situation on the ground as debtor countries negotiate with their sovereign creditors—especially China, which holds a substantial portion of African debt and negotiates separately from the Paris Club (the group of sovereign lenders that plays a central role in G20 debt relief).

Third, geopolitics only complicated last week’s G20 discussion. Officials say the US delegation seemed more intent on scoring points against China than finding ways to assist the developing countries. The United States pressured Beijing to join the Paris Club, a position the Trump administration has pursued for the past two years. It also led the call by Group of Seven (G7) governments for China to be more transparent about its debt relief and to include loans from government-linked lenders.

The United States previously had blocked a proposal to give poor countries more access to foreign exchange by issuing IMF special drawing rights (SDRs) as it objects to China and a few other countries obtaining more SDRs. In addition, the Trump administration has consistently opposed an increase in IMF quotas in part because the process would enhance China’s influence at the Fund—even though the increase would give the IMF more lending firepower.

While the United States has raised some valid concerns about some Chinese lending practices, the criticism at the G20 left China in a defensive crouch, unwilling to take a leadership role. Moreover, Beijing continues to resist greater transparency on debt interactions with developing countries, a position outlined the next day in a statement by Finance Minister Liu Kun to the Development Committee, a body representing ministerial-level governors of the World Bank and IMF.

International officials say this Chinese intransigence takes place in other settings as they attempt to gain a clearer picture of the country’s complicated loan portfolio. This is a problem the IMF encountered even before the pandemic as countries like the Republic of Congo negotiated lending programs.

One element of the G20 debt framework that was made public was an endorsement of the principle that sovereign restructurings should be conducted on a “case-by-case” basis, an approach that China has insisted upon. This also vindicates the long-held opposition of private sector lenders to blanket debt service relief. In the run-up to the meetings, officials had urged the private sector to engage in the debt relief process, but once the communiques were issued, there was little discussion of the issue. Officials say the US Treasury has opposed pressuring banks and bond holders.

A sign of problems to come is Zambia, which is on the verge of defaulting on a payment of about $120 million on three Eurobond issues and is asking forbearance on Chinese loans. Along with the pandemic’s effects, the country has reached this point after years of profligate spending and an unwillingness to work with the IMF.

International officials worry that this scenario may play out in other countries as the crisis deepens. A concrete suggestion would be for the G20 to invite African finance ministers and private sector executives for consultations.

The G20’s approach to debt sustainability in poor countries stands in striking contrast with the easy-money monetary and fiscal policies employed by some of its richest members in response to the pandemic. Ironically, the chairmanship of the group moves next year to Italy, which has one of the highest debt-to-gross domestic product ratios in the developed world and whose pandemic response is being generously supported with extraordinary EU grants and loans.

So the question becomes whether the wealthy countries are prepared to act, or if they will choose—in the words of World Bank President David Malpass—to “kick the can” in the hope that a global recovery will solve problems that seem increasingly insoluble without much more generous aid.

Vasuki Shastry, formerly with the IMF and Standard Chartered Bank, is an associate fellow at Chatham House and author of “Resurgent Indonesia – From Crisis to Confidence.” Follow him on Twitter @vshastry.

The world in debt

On Tuesday, the IMF released a new World Economic Outlook report for October 2020. In the report, alongside adjusted growth expectations, were updated measures of government debt. From that data, the GeoEconomics Center has created a visualization to track the debt burden felt across the globe. Our new tracker focuses on general government gross debt […]

Image: A man stands next to a board with the G20 Meeting of Finance Ministers logo in Buenos Aires, Argentina, March 19, 2018. REUTERS/Marcos Brindicci/File Photo