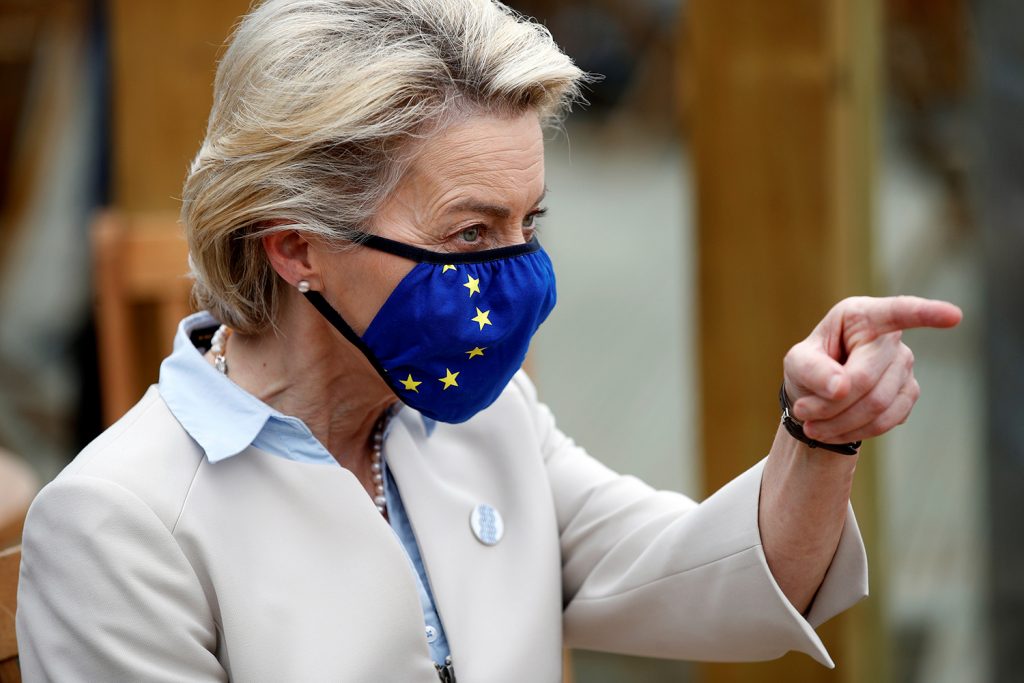 When US President Joe Biden attends the first United States-European Union summit of his presidency, he will find the EU different from the one he encountered during the Obama administration. Europe has changed. It has started—though only started—transforming into a global geopolitical player. Yet the extent of that transformation is often misunderstood and underestimated by other countries, especially its rivals and adversaries.

Consider the recent case of the Belarusian government’s hijacking of a Ryanair flight over its territory to grab the journalist Roman Protasevich and his girlfriend, Sofia Sapega. The day after the audacious act, the European Council adopted a tough retaliatory package against Belarusian President Alyaksandr Lukashenka that including economic sanctions and flight restrictions.

The European Union’s early communications regarding the incident were far from perfect, with conflicting messages from European Commission President Ursula von der Leyen and Transport Commissioner Adina Valean. And while the flight bans involving Belarusian airspace and airlines might hurt Lukashenka more than it seems—Belarus’s Belavia airline and overflight fees are a source of revenue for the regime—the real question will be whether the sanctions prove effective either at releasing Protasevich and Sapega or, at least, in deterring further aggressive actions by Belarus or its patron, Russia.

But in seizing Protasevich and Sapega from the air, Lukashenka didn’t just invite economic retaliation. He also placed the matter of his repressive rule in Belarus back on the EU agenda, from which it had been gradually slipping after the EU imposed sanctions last fall over his violent crackdown following an election widely viewed as fraudulent. He forced the EU to think through its Belarus strategy. From Lukashenka’s point of view, did Protasevich pose such an acute and immediate threat that detaining him was worth renewing the EU’s focus on Belarus? Or did Lukashenka miscalculate?

So why the miscalculations and misunderstandings of the EU?

One explanation is the low expectations that are often attached to the EU’s endeavors. Observers regularly predict that the next crisis—debt, Eurozone, migration, populism and democratic backsliding, Brexit, or, even further back, the rejection of the proposed European Constitution—will spell the EU’s doom. Yet the EU has not, as of this writing, dissolved. As the journalist Caroline de Gruyter argues, its special genius is its ability to muddle along in the face of bad odds. It has in fact also shown a remarkable ability to bounce back from those bad odds, as illustrated by its historic deal on a COVID-19 relief package and Multiannual Financial Framework last summer.

Second, understanding how the EU works is not easy. This isn’t simply a matter of legal or institutional complexity. Rather, it is due to the EU being a strange creature: neither a state nor an international organization, with its politics playing out in a space that can be described as neither international affairs nor domestic matters. The European Commission isn’t quite the NATO International Staff or the United Nations Secretariat. This odd existence is best illustrated by Finland’s “two plates policy” disputes about whether the country’s president or prime minister (or both) should be attending European Council meetings.

Trying to anticipate EU reactions based on the ways states act in the international domain yields poor results. In particular, such an approach leads to underestimating the role and weight of the European Parliament, which has its own powers and democratic underpinnings—as it has repeatedly demonstrated.

Despite very close contacts and great familiarity with the EU, the United States and to some extent the United Kingdom sometimes have a difficult time reading European dynamics correctly or fully understanding the significance of the different moving pieces. How then can we expect, say, authoritarian China and Russia—with far less access to the EU and far less cultural and political proximity to it—to have a good grasp on European dynamics?

Third, the misunderstandings also highlight that Europe’s geopolitical transformation is incomplete. Having improvised in the face of multiple crises, the EU is, as Luuk van Middelaar argues, moving from a “politics of rules” to a “politics of events.” From Russia’s annexation of Crimea in 2014 and the Bataclan terrorist attacks in 2015 to China’s “wolf warrior” diplomacy in 2020, Europeans are also awakening to the realities of a more dangerous geopolitical environment. Over the past few years, they have started building the tools to respond to that environment—to the point where the recent launch of the European Peace Facility, designed to buy weapons for partner forces in other regions such as Africa, has even raised concerns about the very nature of the EU changing.

Yet that transformation remains partial. Europe is still learning to “speak the language of power,” as shown by EU High Representative Josep Borrell’s February trip to Moscow, where he was subjected to an aggressive press conference by Russian Foreign Minister Sergei Lavrov.

The halfway state is best illustrated by the dissonance between von der Leyen’s firm tweets about the detention of Protasevich and Valean’s initial reaction on Twitter, which seemed oblivious to the journalist’s fate. The transport commissioner’s portfolio largely exists in that quasi-domestic sphere of the “politics of rules,” removed from great-power politics, while the Commission president is striving to respond to events and bring about a “geopolitical Commission.”

The urgent task before Europe is to finish that transition. This must start with deepening Europe’s strategic culture, notably by ensuring that the Strategic Compass, the two-year effort for developing common threat analysis and thinking through what kind of international actor the EU wants to be, remains a political process and delivers practical recommendations. Yet “speaking the language of power” is not enough. Several tools and instruments with great potential—the 5G toolbox, a European Magnitsky Act, and the European Defence Fund, to name but a few—have been developed over the past years. Using them to their full extent will be the EU’s real test. What is required now is not institutional frameworks but political boldness.

Washington can help focus the European debate over these issues, in part by clarifying its intentions and expectations about burden-sharing. As Biden meets his European counterparts, strong messaging supporting Europe’s transformation toward a more geopolitical politics could, ultimately, help the United States find a more reliable partner across the Atlantic.

Olivier-Rémy Bel is a visiting fellow at the Atlantic Council. He previously served as a European affairs staffer to the French minister of defense as well as head of the EU desk at the French Ministry of Defense’s Directorate General for International Relations and Strategy.

Exclusive poll: Europeans are warming to the US in the Biden era

There’s “hope and optimism” about the transatlantic policies that the United States and EU can create today, said Benjamin Haddad, but there are also “some concerns on some disagreements that have not disappeared with the [US presidential] election.”