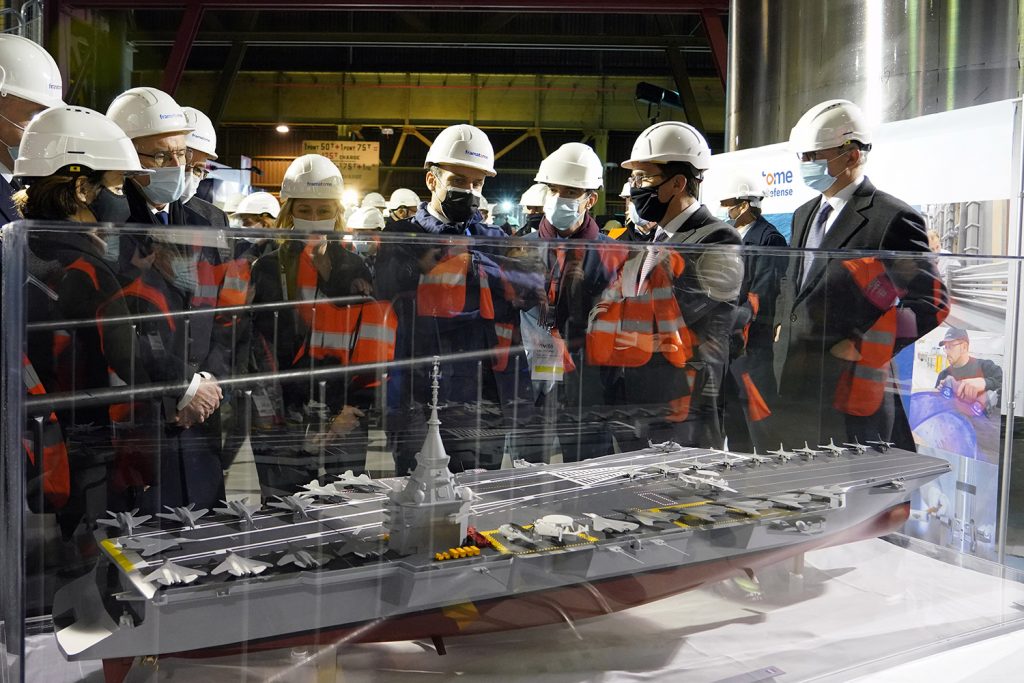 When it comes to the latest flare-up of the debate over “strategic autonomy,” Europeans agree on one thing: They are tired of it.

Actually, this is unfair. Europeans agree on two things.

First, beyond acrimonious battles over terminology, most commentators broadly agree on the need for Europeans to be in a better position to defend their own security interests—if possible with partners, especially the United States, but alone if necessary.

Second, they also agree that it’s time to act. Indeed, the debate is starting to feel like Groundhog Day.

Whether we use the term “strategic autonomy” or “the European agenda of doing” to describe them, European efforts start with increasing defense budgets, something France, Sweden, and the United Kingdom have done recently. Key European military-capability gaps—such as airlift, air refueling, and ISR (Intelligence, Surveillance, and Reconnaissance)—are well-known and clearly identified. Improving readiness, investing in defensive and offensive cyber capabilities, and countering hybrid threats are obviously important. Much has been written about what needs to be done, in both the European Union ( EU) and in NATO.

Since Europeans agree to a large extent on the first steps, they must act on those. This movement, in fact, has already started.

Europeans must stop invoking theoretical discussions as a way of shutting down real debate or a means of pure political signaling. Framing the discussion as a confrontation between Germany and France, for example, is counterproductive and a bit artificial when the views of both countries are actually fairly aligned on the need to build greater European capacities.

France, for example, is sometimes accused of championing the European strategic-autonomy agenda with the hidden aim of pushing the United States out of Europe—while at the same time enjoying a particularly strong defense relationship with the United States, as detailed in a recent Atlantic Council report.

On the first point, France played a critical role in developing initiatives such as the Permanent Structured Cooperation (PESCO)—a process that deepens defense cooperation among EU member states—and the European Defence Fund. France cannot be accused of being soft on strategic autonomy.

On the second, France’s commitment to its defense relationship with the United States was underscored when French President Emmanuel Macron unveiled the design of its next-generation aircraft carrier on December 8. The carrier will rely on electromagnetic catapults made by the US firm General Atomics to launch its aircraft. This shouldn’t come as a surprise: The French and US navies are the only two in the world to operate the high-end CATOBAR configuration—a system used for the launch and recovery of aircraft from the deck of a carrier. This forms the basis of a deep interoperability, illustrated time and again, which neither government wants to lose. In the Sahel, France depends on US support—and it purchased Lockheed Martin KC-130J planes to meet its air-refueling needs. The two countries’ armies have also furthered their integration through a French general serving as second in command in a US division, and an American general serving in a similar capacity in a French division, via a military-exchange program.

The debate we still need: What would Europe do with strategic autonomy?

Focusing on action rather than sterile debates does not mean conversations on these matters have to end. There is still a major question to be answered: What are the aims of strategic autonomy? What would Europe do with it?

Increasing defense budgets, filling capability gaps, and getting ready to counter cyber and hybrid threats are not ends in themselves. Military and diplomatic tools only matter if Europeans are politically prepared to use them.

The European debate needs to continue to foster convergence on the region’s strategic environment. In particular, Europeans need to forge a common understanding of the cases in which they would have to use their defense capabilities. The Strategic Compass, whose threat analysis based on shared intelligence is shaping up nicely, can help define common security goals. Networks like the European Intervention Initiative, which aims to create a shared strategic culture, can underpin this effort. This fostering of a sense of ownership among Europeans over their security dilemmas is key to sustaining defense investments in the long run.

The strategic autonomy debate should also be a transatlantic dialogue. Europeans and the incoming Biden administration need to talk about their vision for an architecture of burden-sharing. Who takes the lead on Europe’s eastern flank? In the south? In the Eastern Mediterranean? In the Sahel? And in the Indo-Pacific? Who provides support to whom?

The outcome to avoid is for this division of labor to happen haphazardly, according to the push and pull of domestic politics (especially given the growing US reluctance regarding interventionism) and to ad-hoc responses to crises.

If the Biden administration wants Europeans to not only invest in their own defense capabilities but also use them, it should help lay to rest unproductive debates on strategic autonomy. This would require three actions:

1) Bold messaging: In order to undercut the sterile “transatlanticism versus autonomy” framing of the European debate on strategic autonomy, too often used to waylay productive discussions, the US must craft bold messaging that supports European defense initiatives.

2) Clear asks: The US must formulate clear asks of Europe. If Europeans were to attain strategic autonomy, what would Washington like them do with it? Where is the US prepared to lead and where would it prefer to support European efforts?

3) New attentiveness: Ensuring that Europeans remain committed to investing in their defense means giving them a sense of ownership over their security. That must involve a US process for consulting with Europe that amounts to more than the United States simply previewing foregone conclusions. It will require a willingness on the part of American officials to listen

Olivier-Rémy Bel is a visiting fellow at the Atlantic Council. He previously served as a European affairs staffer to the French minister of defense as well as head of the EU desk at the French Ministry of Defense’s Directorate General for International Relations and Strategy.

Building bridges across the Three Seas

The CESEE countries would be justified by gradually moving away from indiscriminate policy support to better targeted strategic policy resource allocation and growth-enhancing infrastructure projects.