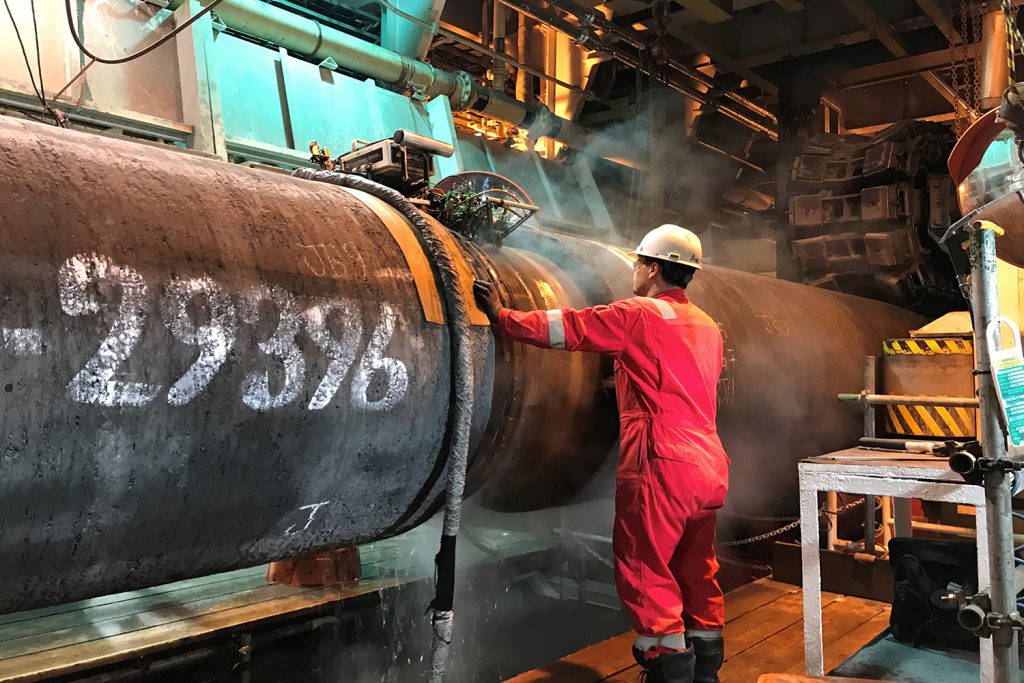 German Chancellor Angela Merkel is now under unprecedented pressure to cancel the almost completed project, through which Russia’s Gazprom hopes to ship as much as 55 billion cubic meters of gas per year to Germany and other customers in central Europe.

Merkel has long sought to separate the need to keep a wary eye on Russian political activities with continuing to cooperate with Russia on major economic projects, notably Nord Stream II. But following Navalny’s poisoning with the Novichok nerve agent, and under both domestic and international pressure to block Nord Stream II, she is reaching out to Germany’s allies in both NATO and the European Union to see if she can forge a common response to Navalny’s targeting.

She can expect strong support from the United Kingdom, since Novichok was used two years ago in the attempted assassination in the UK cathedral city of Salisbury of former Russian intelligence official Sergei Skripal and his daughter, and which then led to the actual murder of a UK woman, Dawn Sturgess, who handled the canister containing the Novichok when her partner found it more than three months later.

British Prime Minister Boris Johnson, in an initial response on September 2 described the Navalny poisoning as outrageous and said that “the Russian Government must now explain what happened to Mr Navalny.”

On September 3, demands for a much tougher response came from Tom Tugendhat, a former British army officer who is now the chairman of the British Parliament’s Foreign Affairs committee.

Echoing calls by his German counterpart, and also holding Russian President Vladimir Putin responsible for the Navalny poisoning, Tugendhat said it was not only possible, but essential to scrap Nord Stream II.

Norbert Roettgen, the head of the German Bundestag’s foreign affairs committee, declared: “We must pursue hard politics, we must respond with the only language Putin understands—that is gas sales.”

Tugendhat, interviewed by the BBC’s World at One declared: “The pattern of behavior that we’ve seen out of the Kremlin over the last twenty years is completely clear, from murdering (opposition politician) Boris Nemtsov on the bridge overlooking the Kremlin to the attempted murder of the prime minister of Montenegro to the use of Novichok in Salisbury. It’s impossible not to add one and one and make two out of this. It’s extremely clear.”

The West needs to stand together to confront Putin, Tugendhat said. To date, he argued, “Germany’s acceptance of Nord Stream II has been one of the weak links in the West’s arguments. We have effectively been giving privileges to Russian energy companies that they should not have.” He termed Nord Stream II, “a project by the Russian Government to undermine the alliance and eastern European states.” He added: “What it means is that they can be picked off one by one rather than having to deal with them as a collective.” And that undermined not only the East European states, but also Germany, Tugendhat said.

Terminating Nord Stream II is “exactly what the German government should do in its own interest and in the interests of the wider alliance,” he stressed.

The timing of this crisis actually works in favor of outright cancellation. The onset of a COVID-fueled economic recession has prompted major falls in energy consumption, so that gas is now a buyer’s market.

Moreover, as a result of US sanctions, Russia’s Gazprom has been unable to lay the final stretch of pipeline to the planned landing point at Greifswald in Germany since Allseas, the Swiss company operating the pipelaying vessel the Pioneering Spirit, ceased operations in February with less than 7 percent of the 1,234-kilometer-long, twin pipeline still to be laid.

The principal western criticism of Nord Stream II is that it is a political project designed to allow Russian gas to reach one of its biggest customers without having to cross either Ukraine or Poland.

Gazprom can be expected to fight very hard indeed to complete the project, not least because it is already deeply involved in delivering the onward extension that would ensure Nord Stream II can also serve existing Gazprom customers in Central Europe.

Gazprom is, via a company called Gascade, the majority owner and operator of the 480 kilometer Eugal pipeline system which links Greifswald with the Czech Republic, from where there are existing large-scale pipeline connections to the Austrian hub at Baumgarten.

Like Nord Stream II, the Eugal system is intended to handle 55 billion cubic meters of gas per year, with 80 percent going to the Czech Republic and beyond and 20 percent heading westwards via a branch line to southeastern Germany.

The first line of the Eugal system has already been laid. But even if Nord Stream II gets scrapped, and Gascade decides to forgo completion of the second pipe for Eugal, the new infrastructure from Eugal could still be used to pipe either gas from the existing 55 billion cubic meters per year Nord Stream I pipeline, or from Norway, or even liquefied natural gas delivered to planned German terminals from US suppliers.

Now that would be an irony, a Gazprom company having to carry, under European Union rules, American gas.

Russia has recently secured approval from Denmark to complete the Nord Stream 2 pipeline, but new US sanctions reflect America’s resolve to make sure the strategically important project remains unfinished.

How can Portugal’s Port of Sines play a bigger role in assuring energy security in the European Union?

The European Union (EU) currently relies on a small number of external suppliers to meet its energy needs. To minimize reliance on foreign gas imports, the EU should increase liquefied natural gas (LNG) imports to Europe, expand gas storage capacity, and further develop energy distribution mechanisms across Member States. As a potential alternative energy hub, Sines, Portugal is in an excellent position to become an important continental European LNG entrance point as well as a key gas distribution and bunkering center. If the pieces fall into place, Sines, and Portugal writ large, may become key guarantors of European energy security.