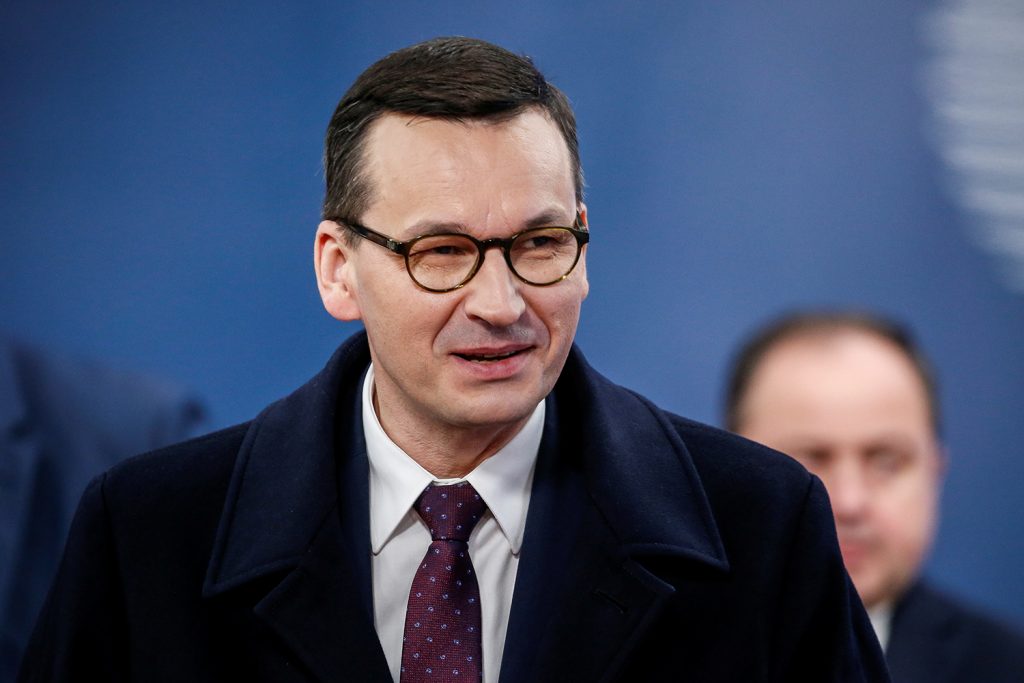 As the transatlantic community attempts to control the fallout from the controversial Trump administration decision to pull nearly 12,000 US troops out of Germany, Polish Prime Minister Mateusz Morawiecki called for NATO allies to seek “mutual agreement” on defense issues to preserve alliance unity. Speaking at an Atlantic Council Front Page event, Morawiecki argued that “the NATO alliance is so important for the world to keep peace,” that allies must continue to work toward “consensus” in their actions.

The Polish prime minister extended his call for transatlantic unity on China, where US and European officials have sometimes been at odds over the threat of Chinese investments and 5G technology. Morawiecki said that because Poland is “a very pro-European nation…and at the very same time very much pro-American,” Warsaw can help bridge divides by “translating European fears and expectations and observations into American language and vice versa. We are explaining American fears and observations to our partners in the European Council.”

Here’s a quick spin through Morawiecki’s comments on the impending US troop shifts, Poland’s latest election results, the coronavirus recovery, and more:

Poland ready for US troop deployments:

Managing the threat from Beijing

What hurts NATO the most is not the troop reductions. It’s the divisive approach to Europe.

At the end of the day, the strength of the Alliance lies less in the number of troops deployed than in the trust among allies. Rebuilding that trust should be the main task of those who care about transatlantic relations—and the first step might be restoring the predictability of American foreign policy.

Duda wins, but must now govern a divided Poland

Duda won his election. He’s the president of a closely divided country. Trzaskowski almost beat him with a message that was inclusive and appealed to many Poles who, demographically and socially, probably represent Poland’s future. It’s now Duda’s move, hopefully to demonstrate that he is a unifying force in Poland.