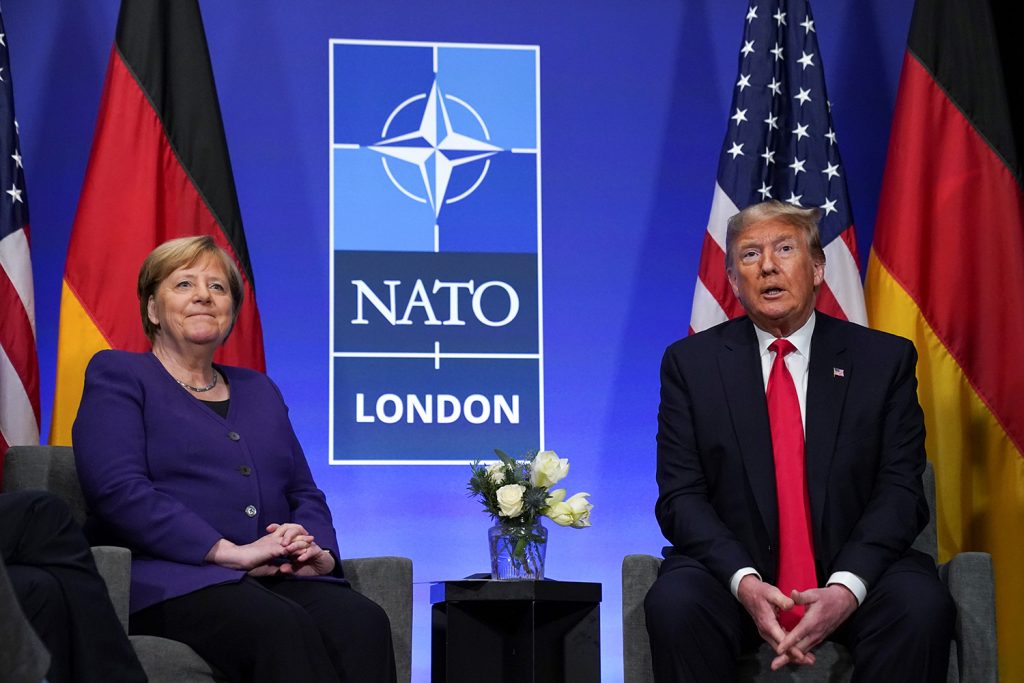 11,900. That was the number European analysts had been waiting for with bated breath. On July 29, US Secretary of Defense Mark Esper confirmed that the United States would reposition 11,900 of the 36,000 military personnel stationed in Germany.

Changes in the United States’ force posture are always followed with heightened attention. This time, however, it is different. Coming after months of acrimonious debate about Germany’s defense spending, tweets by US President Donald Trump, and mounting pressure by Congress and think tanks, the new European force posture is not just about troop numbers—it’s a political statement, and a piece in the debate about the value of alliances.

Diving into numbers, the reduction of the US presence in Europe is not as stark as it appears. The figures are higher than many expected. However, about half of the troops pulled out of Germany (5,600) will remain stationed in Europe, albeit in different countries. Of the 6,400 soldiers going back the United States, a good part will return to the European continent on a rotational basis. Moreover, there is some amount of repackaging, such as suspending the relocation of the KC 135 squadron from the UK to Germany, which had already been postponed to 2027 anyway.

Looking at the details, the new force posture is a mixed bag. Some of the moves are not necessarily bad ideas. Shifting the 480th Fighter Squadron South to provide greater flexibility on the Southern flank and the Black Sea region makes sense. These are, after all, areas of renewed tension. Others are more questionable, such as recalling the 2nd Cavalry Regiment to the United States, which had been specifically ‘upgunned’ to face armor in higher intensity settings, and replacing it with a rotation of other Stryker units.

Of course, European security is not just about the number of troops in Europe. Reactivity—underpinned by military mobility—the ability to counter hybrid threats, or the robustness of arms control arrangements are just as important. Greater clarity on the type of units returning to the United States, the status of prepositioned stocks, or the organization of the rotations is needed to fully assess the impact of the new force posture.

Zooming out, the United States re-evaluating its force posture in Europe is not, by itself, an issue. It makes sense for the Pentagon to take into account the lessened operational tempo in the Middle East (though ISIS is not yet fully defeated) or the greater focus on the Asia Pacific. This logically flows, after all, from the US National Defense Strategy.

Europeans by now should have realized that they need to step up to bear a greater share of the burden of collective defense—the writing has been on the wall long enough. The reduction of the US presence on European soil is part of a long-term trend, though partly reversed in the last few years. Washington’s exhortations on burden sharing have been relatively consistent over the last two decades.

As all Combatant Commands are undergoing a review, there is a need for a deeper reflection about the architecture of burden sharing. What kind of capabilities is the United States expected to deploy abroad? Should it focus on key enablers to allow partners to carry on the fight, as is currently the case in Africa? How much can it realistically expect allies to do? Does the Pentagon favor a geographic vision of burden sharing (i.e. Europeans handle their immediate neighborhood while Washington focuses on increases its focus on Asia) or is it about allies acting together at a global level?

What hurts the Alliance the most is the divisive rhetoric embodied in the new posture. President Trump has been relatively clear that this is about punishing Germany, claiming on July 29 that “we’re reducing the force because they’re not paying their bills. It’s very simple.” Most of changes in the force posture vindicate this reading: they are essentially about moving troops—or even EUCOM itself—to another European country.

Framed in such a transactionalist way, the new force posture appears less like the result of careful strategic planning and more like a political message, designed to extract concessions from a partner. Worst, the Pentagon’s presentation—highlighting who among Italy, Belgium, or the United Kingdom gets the “spoils” of the relocations—and President Trump’s press conference with Polish President Andrzej Duda in June, are staging a competition among allies for the White House’s favors.

This divisive approach to Europe is what really hurts European security. At the end of the day, the strength of the Alliance lies less in the number of troops deployed than in the trust among allies. American troops matter to Europeans. Trust in the United States’ benevolence and willingness to be there in a crisis matters even more to their security. Rebuilding that trust should be the main task of those who care about transatlantic relations—and the first step might be restoring the predictability of American foreign policy.

Germany’s challenge will be to tie the loose ends on defense and, building on the groundwork of the previous years, prepare for the future by asking hard questions about where Europe is going on this issue.