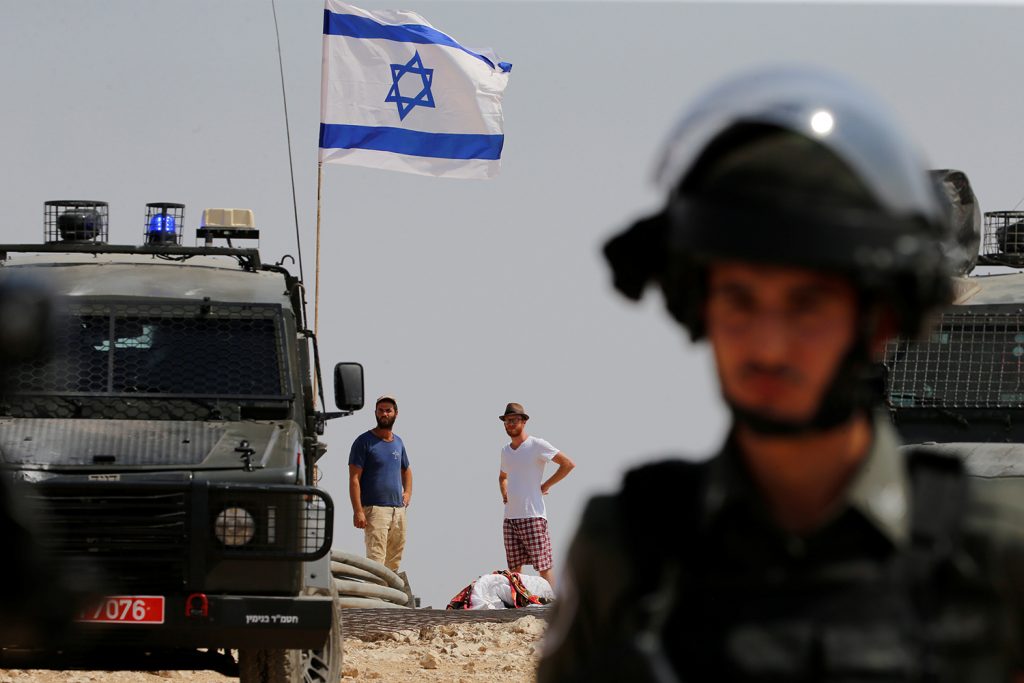 US Secretary of State Mike Pompeo announced a major shift in US policy on November 18, reporting that Washington now no longer considers civilian settlements by Israelis in the occupied West Bank to be in breach of international law.

Pompeo’s statement reverses a 1978 State Department legal opinion that labelled these settlements as “inconsistent with international law,” a position held by many in the international community and endorsed by the United Nations Security Council in 2016.

Pompeo said that these settlements are “not per se, inconsistent with international law,” depicting this as “reversing the Obama administration’s approach towards settlements,” specifically former US Secretary of State John Kerry’s endorsement of the 1978 opinion. Pompeo argued that the reversal “creates the political space for a more likely resolution,” as it demonstrates that “there will never be a judicial resolution to the conflict.” He clarified that this announcement was “not meant to send a message” about US support for more settlements and that Washington is “expressing no view on the legal status of any individual settlement,” deferring instead to the judgments of Israeli courts. Pompeo insisted that calling Israeli settlements illegal under international law “hasn’t advanced the cause of peace” and left the door open for those who sought to reverse the Israeli occupation of the West Bank through judicial means. He insisted that the conflict “will only be solved by negotiations between the Israelis and the Palestinians.”

The US announcement comes just days before Israeli opposition leader Benny Ganz faces a deadline to either successfully form a government or return his mandate to Israeli President Reuven Rivlin. Israel has been without a formal government since two elections in April and September failed to produce a clear path for a majority for any party or coalition.

Pompeo’s statement is the latest of a series of moves bolstering Washington’s support for Israel. In December 2017, US President Donald J. Trump announced that the United States would recognize Jerusalem as the capital of Israel, despite Palestinian claims to East Jerusalem. This decision was followed by the opening of a new US embassy in Jerusalem in May 2018, the decision to recognize the Golan Heights as part of Israel, and the March 2019 closure of the US consulate general in Jerusalem, which many referred to as “the de facto US embassy to the Palestinian Authority.”

Trump has made finding a peaceful solution to the Israeli-Palestinian conflict a major international priority of his administration. Trump’s son-in-law and senior adviser Jared Kushner was put in charge of the United States’ efforts to broker a peace deal, and Kushner hosted a “Peace to Prosperity” conference in June 2019 in Bahrain to try to win Arab support for an economic plan to boost growth and living standards in the Palestinian Authority as part of a broader peace deal.

“The Trump administration’s policy toward the Palestinians has been driven by unabashedly pro-Israel voices, led by Jared Kushner, former special envoy for the Middle East Jason Greenblatt, and Secretary of State Mike Pompeo, who have shown no genuine interest in resolving the conflict. Every step the administration has taken in this regard, from proclaiming Jerusalem as the capital of Israel, moving the US embassy there, recognizing Israel’s illegal annexation of the Golan Heights, cutting off aid to the United Nations Relief and Works Agency for Palestine Refugees in the Near East (UNRWA), and convening a regional conference on economic development in the Palestinian territories where no Palestinian officials or recognized representatives were present, point to a complete disregard for any semblance or interest in being an “honest broker” of Middle East peace.

“Secretary Pompeo said, “calling the establishment of civilian settlements inconsistent with international hasn’t worked; it hasn’t advanced the cause of peace.” Indeed, the reason this hasn’t worked is not due to a flaw in the legal explanation itself, but due to a lack of willingness by the United States to use these violations of international law to hold Israel accountable, consistently vetoing UN Security Council resolutions to that end.

The Trump Administration’s scramble to shove through as many pro-Israel policies as possible will be seen by Palestinians and the international community for what it is—creating facts on the ground in favor of Israel that will serve as not only road blocks to any future peace agreement but attempts to further isolate Palestinians in enclaves in the West Bank and an open air prison in Gaza that cannot reasonably constitute a future Palestinian state.”

“Secretary Pompeo’s dramatic announcement, following on the heels of previous administration gestures toward Israel, stands to impact directly on events in the region. Most immediately, the shift injects a new variable into current negotiations on the formation of Israel’s next government, with the incumbent, Prime Minister Benjamin Netanyahu, almost certain to highlight the development as evidence of his close relationship with the White House—and to assert that he should thus be handed the mantle of leadership once again.

“Secondly, the realignment of long-standing US government policy foreshadows the promised, if long delayed, release of President Trump’s vision for regional peace, intimating that the blueprint may countenance the extension of Israeli sovereignty to communities whose existence has, until now, been considered illegal per US interpretation of international law. The decision makes it even less likely that Israelis and Palestinians will resume talks at any time in the foreseeable future.”

Results were disappointing for the incumbent, Prime Minister Benjamin Netanyahu, but still inconclusive. The next phase promises to be no less tortuous.

Image: Israeli settler look at Palestinian demonstrators during a protest against Jewish settlements, in Al-Sawaherh in the Israeli-occupied West Bank September 20, 2019. REUTERS/Mussa Qawasma