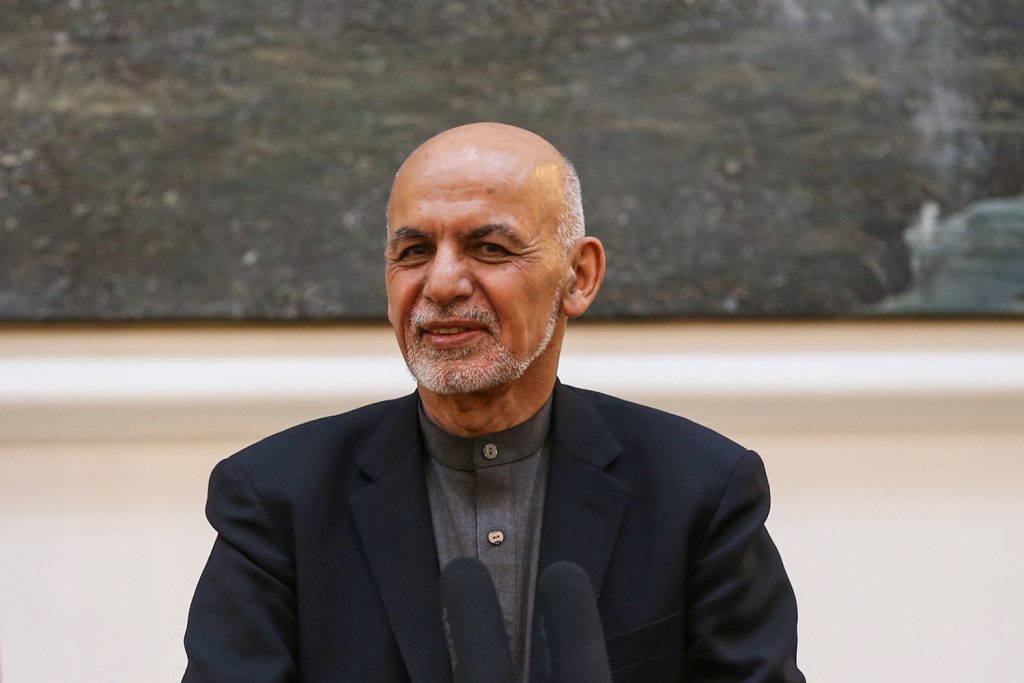 Afghan President Ashraf Ghani stressed on June 11 that a temporary ceasefire between the Afghan government and the Taliban has helped create space for potential peace negotiations, but cautioned that the road to a true peace will be long and difficult.

Ghani, who has led Afghanistan since 2014, made his comments during an Atlantic Council Front Page event that was co-sponsored by the United States Institute for Peace (USIP).

Appearing via Zoom from Kabul, the Afghan leader said last month’s three-day ceasefire for Eid al-Fitr—marking the end of Ramadan—has allowed his government to take a number of significant steps such as the release so far of 3,000 Taliban prisoners.

“My colleagues and I have made the decision to release an additional 2,000 prisoners within a short period,” Ghani told moderator Stephen J. Hadley, executive vice-chair of the Atlantic Council and chair of the USIP board of directors. “We will announce the date soon.”

At the same time, Ghani called for “clarity” regarding the numbers of Afghan troops still being held in Taliban prisons. The Taliban claims it has 1,000 prisoners, “but the number keeps shifting,” he noted. “We need assurance that the last person remaining with them is released.”

Despite the preliminary progress toward peace talks, Afghanistan still suffers each day from an average of sixty to seventy casualties and thirty fatalities, he said. “It’s extremely important for public support that [the] reduction [of violence] reaches the maximum effect, and we ensure that irreconcilables and spoilers are not given an opportunity,” he said.

As for reports that US President Donald Trump wants to pull all US troops out of Afghanistan by Election Day, Ghani stated that “this is a sovereign decision of the United States” but went on to add that “yesterday, General [Kenneth F.] McKenzie, commander of CENTCOM, said the conditions were not ripe. The key framework is a conditions-based approach. Our imperative now is to conclude peace as soon as feasible, but a sustainable peace.”

Nevertheless, he suggested that his country must be prepared for the possibility of the peace effort falling apart. “Afghanistan’s security forces have not been defeated. They are committed to the nation and the democratic order,” he said. “God forbid, if violence resumes, we’ll be able to defend ourselves.”

The February 29 peace agreement signed in Qatar between Washington and the Taliban, which notably excludes the Afghan government, stipulates that US forces will leave the country in twelve to fourteen months if the Taliban meets certain conditions.

Offering his gratitude to the 2,448 American troops who have been killed during more than eighteen years of conflict—including ninety-five since he’s been president—Ghani listed five broad objectives to ensure a prosperous future of Afghanistan: to “overcome the turbulences of the recent past” and ending the violence that has plagued the country; reclaiming Afghanistan’s past as both a regional hub of connectivity and as a “center of a tolerant Islamic civilization that was second to none” until the late 1970s; building robust governance to tackle COVID-19 and embark on “peace-building, market-building, state-building, and nation-building”; creating the “economic and fiscal basis for self-reliance” through natural resources and more employment opportunities for youth; and creating a posture of “multi-alignment in our foreign policy” while shaping its partnerships away “from a predominantly security focus to the enormous range of economic, cultural, social, and financial ties that will enable us to tackle poverty, exclusion, and violence.”

Hadley asked if the coronavirus pandemic—which as of June 11 has infected 22,890 and killed 426 in Afghanistan—opens the door for a de facto ceasefire, as well as an opportunity for Afghan security forces and the Taliban to work together to combat the spread of the disease. “We have to move urgently,” he said, estimating that up to 90 percent of Afghanistan’s 38 million people require food and medical assistance due to the pandemic.

General David Petraeus, former commander of US forces in Afghanistan and later director of the CIA under the Obama administration, noted that about 8,600 US troops and a few thousand troops from other countries now serve in Afghanistan—down from 150,000 US and coalition forces at the height of the Afghan surge. He asked Ghani what types of assurances or funding levels his government would expect in the event US troop levels fall well below 8,600 or are withdrawn altogether.

Ghani urged a gradual reduction of foreign forces as well as a framework for cooperating with the Taliban on counterterrorism and counternarcotics. “The threat of terrorism from al-Qaeda, Daesh [ISIS], and other groups is not going to end with peace with the Taliban,” he said.

Sitting at a new crossroads, Afghanistan is once again tilting between an opportunity to take the path to peace and a political settlement—hard as it may seem—or to bounce back on the path of more violence and conflict with no end in sight.

Watch and learn more about the event

#ACFRONTPAGE EVENT – H.E. President Mohammad Ashraf Ghani discusses Afghanistan’s vision for peace and how to sustain progress towards stability and prosperity with the Atlantic Council’s South Asia Center and the United States Institute of Peace. 10:00am (DC) / 6:30pm (Kabul).

Read a transcript of the event

Watch and learn more about the event Read our coverage of the event Event transcript FREDERICK KEMPE: Good morning from Washington and good evening to our many viewers in Kabul, where I’m delighted that Radio Television Afghanistan, RTA, is carrying this important event live. And greetings as well to our viewers elsewhere around the world […]