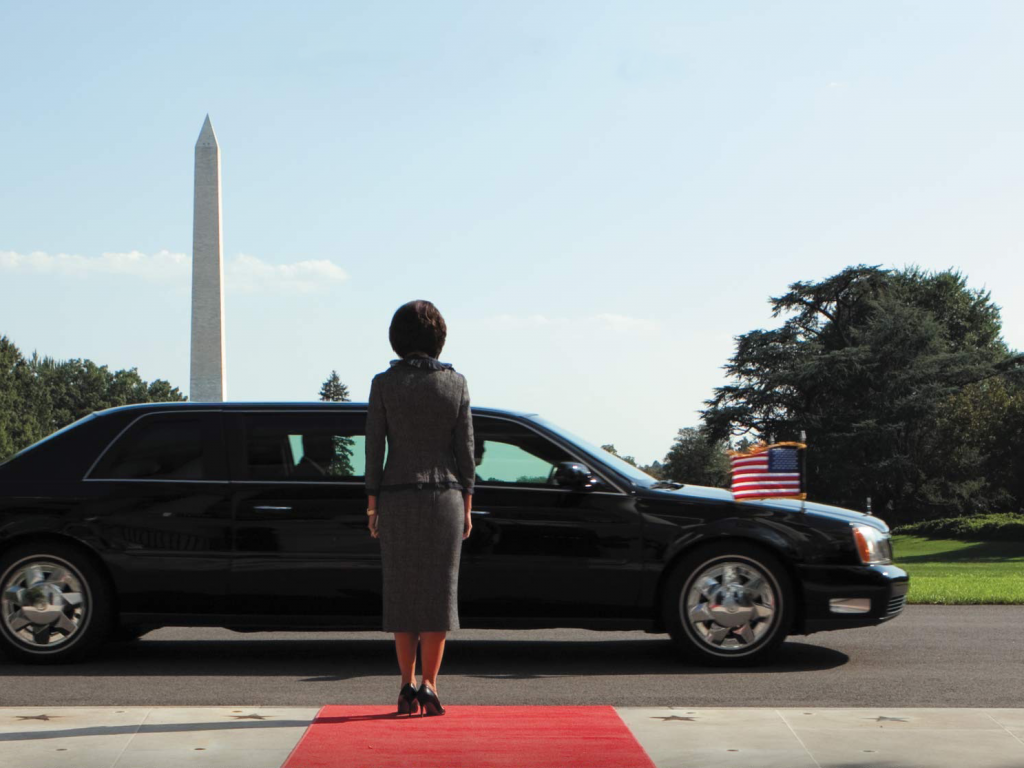 Should the president of the United States shake the hand of a visiting Arab king or bow to him? What constitutes a proper gift for the Queen of England? And with COVID-19 raging, should you wear a mask when meeting heads of state or not?

These aren’t life-or-death issues, and the occasional faux pas won’t trigger World War III. But knowing the rules of protocol goes a long way toward easing the wheels of diplomacy—which happens to be the theme of Ambassador Capricia Penavic Marshall’s new book.

“Protocol: The Power of Diplomacy and How to Make it Work for You,” contains 448 pages of memoirs, anecdotes, and sage advice by Marshall, who served as US chief of protocol under President Barack Obama, as well as social secretary to President Bill Clinton and First Lady Hillary Clinton.

On July 1, Marshall spoke about her book—and her life—in a virtual event with Fred Kempe, president and CEO of the Atlantic Council. She was introduced by Susan Rice, former US national security advisor and US ambassador to the United Nations.

“At no point in our recent history have we had a more urgent need for diplomacy and protocol,” said Rice, who frequently traveled overseas with Marshall during the Obama administration. “Wearing a mask is the most obvious example of why mutual respect and etiquette are so important. At a time when basic civility seems to be in danger, Capricia’s new book reminds us that relationship-building, multicultural awareness, and good manners matter greatly.”

Marshall is an ambassador-in-residence at the Atlantic Council, and senior advisor to the Adrienne Arsht Latin America Center. She’s a first-generation American; her mother came from Mexico and her father from Croatia. Her parents met on a blind date in Cleveland, where she grew up among relatives who also had roots in Italy, Germany, and Russia.

“Growing up, it was like a mini-UN. Celebrating the cultures of the world was a part of my own upbringing. This was a wonderful way to appreciate our cultural differences,” she said.

Kempe asked if the very notion of protocol is a “discardable nicety” when one needs to get to brass tacks.

“This is the reason I wrote the book,” she replied. “I was saddened to see, out in the business world, that people were having a really hard time connecting. There was this inability to create strong relationships. That’s what I did every day for the leader of the free world: make those relationships count.”

She added: “Protocol creates a detailed road map, large or small, for our global leaders. It’s those micro-moves that create a major impact on every engagement.”

A 1986 graduate of Indiana’s Purdue University, Marshall studied at the University of Madrid for a year before attending law school at Case Western Reserve, where she was president of the student bar association. In 1992, after getting her law degree, she joined Bill Clinton’s presidential campaign as special assistant to Hillary Clinton.

“Hillary has empathy in abundance, but understands how to act fast,” Marshall said of her mentor. “She’s very determined. As secretary of state, when there was a crisis, she acted immediately—and communicated that information with empathy. People trusted her.”

In 1997, at the age of thirty-two, Marshall was appointed deputy assistant to the president and White House social secretary. And when Hillary eventually decided to run for president, it was only natural that Marshall would join her campaign, which ended when Obama defeated her in the 2008 Democratic primaries.

After he won the election that year, Obama immediately offered his former rival the job of secretary of state, and Marshall landed her dream job.

“Having served two presidents at the beginning of their administration was a real honor for me,” she said. “For President Obama, because I had already served eight years in the White House, I brought with me lots of experience. And really wanted to share it with him immediately. He was open and welcoming.”

Appearances can be everything, Marshall said as she recalled a crucial April 2010 meeting in Prague between Obama and then-Russian President Dmitry Medvedev to sign the New START nuclear reduction treaty.

“Before a president walks into the room, it was my job to make sure that environment is set appropriately for the interaction about to take place. In this instance, the stage had been set. Everyone had learned their logistics. But when we looked at the stage, it was clear to us that once my very tall president and the rather short Medvedev sat in their chairs, they would look like teacher and student.”

That disparity would have not played well in Russia, she said, “so we took another chair, sawed off the legs, and the Czech team put them on Medvedev’s chair so the two appeared to be equals.” In that way, she said, “we avoided a rather significant diplomatic snafu.”

“Protocol is essential in diplomacy. You must have respect and civility,” she said, noting that in many cases, US and foreign leaders are coming to the negotiating table with completely opposing points of view. “You’re trying to converge and close the gap. If these leaders do not have trust, they will never come together.”

But something was amiss in 2010, when Obama and then-Philippine President Benigno Aquino met during a gathering of the Association of Southeast Asian Nations in New York.

“Our team was working around the clock, and we had accepted a little help from an outsider to hoist the flags,” she recalled. “It is imperative to make sure those flags fly appropriately. But the flag of the Philippines did not. On this occasion, it was inverted—symbolizing that the Philippines was at war. I knew I had to act fast, change that flag and make my apologies immediately. Lastly, I had to apologize to the president. He looked at me and said, ‘I do understand, but this will never happen again.’ And it never, ever did.”

Marshall has some advice for women seeking a career in diplomacy:

Finally, she said, showing respect to foreign leaders is crucial, but there are limits.

Asked why the president should not bow when meeting Queen Elizabeth II or the Emperor of Japan, Marshall said: “Because the president is the leader of our nation, and we do not ever bow to another chief of state. You can acknowledge the greeting; a nod of the head in the presence of Her Majesty suffices. But a full bow is completely inappropriate.”

Rubenstein predicted the US economy will continue shrinking “for at least six months, maybe nine months, or maybe even longer.” Yet one consequence of that is an explosion of national debt in order to help the American people through the current crisis.

Facing twin crises of COVID-19 and climate change, refugees will suffer the most

Since its emergence barely half a year ago, COVID-19 has infected more than 8.5 million people globally, and has killed at least 452,000. The pandemic—along with climate change—leaves the planet facing “perhaps its worst humanitarian crisis since World War II.”