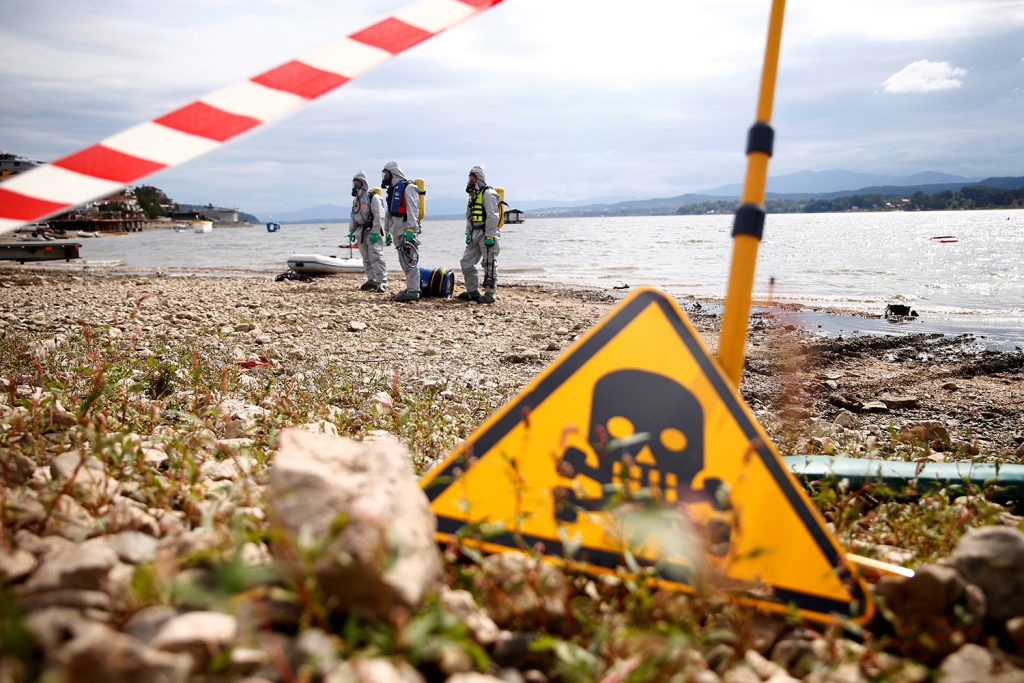 As the novel coronavirus pandemic spreads across the Euro-Atlantic area, NATO has worked to respond to this latest threat to its citizens’ security. But as a military alliance most often focused on conventional defense and deterrence, its role in civil crises—such as the outbreak of COVID-19—is often overlooked.

Throughout NATO’s response thus far, the tool receiving the most attention has been its Euro-Atlantic Disaster Response Coordination Centre (EADRCC), the Alliance’s primary civil emergency response mechanism. Historically, the EADRCC, along with the Strategic Airlift International Solution (SALIS) initiative, the Strategic Airlift Capability (SAC), and the Civil Emergency Planning Committee (CEP-C), have been developed as key capabilities rooted in NATO’s core task of crisis management. Providing a clearinghouse function, the EADRCC has gained the most public-facing profile, coordinating requests and offers of assistance among different countries and liaising with international organizations.

Despite its recent re-emergence, the EADRCC remains largely underutilized by policymakers and unknown by publics. With its long name, complex acronym, limited size, and low profile, even many avid NATO-watchers are unfamiliar with the Center or dismiss it. But as we look to the future, the EADRCC, and capabilities like it, will be increasingly important for the transatlantic community’s shared security.

Experts are now predicting that “soft” security issues, such as global health, climate change, migration, disinformation, and other hybrid threats, will be larger and more pressing than “hard” security issues, such as conventional nuclear weapons. These widespread challenges require different kinds of tools and closely coordinated responses across countries and global institutions, as these threats could restrict citizens’ access to food, water, shelter, finances, medical supplies, safety, and other needs central to human security. The EADRCC would have a key role to play—albeit small, relative to other international entities in this space—in facilitating some of the responses to these all-too-likely scenarios going forward.

Here are six reasons why:

First, and most relevant now, the EADRCC has experience supporting responses to epidemics and pandemics, which are likely to increase in our globalized world. The Center has helped combat Ebola in West Africa, the H1N1 pandemic flu in Bulgaria and Ukraine, and a human immunoglobulin shortage in Romania. Most recently, the EADRCC has fielded requests for support from Spain, Italy, North Macedonia, Montenegro, Romania, Bosnia & Herzegovina, Moldova, and Ukraine as they cope with COVID-19. In response, the Center helped deliver critical ventilators and masks from Turkey, Germany, and the Czech Republic to Europe’s two hardest hit countries: Italy and Spain. By supporting deliveries of medical supplies via military capabilities such as strategic air lift, the EADRCC has also helped facilitate visa clearances, border crossings, and access to equipment and transportation routes.  As underlined by former US Army Europe commanding general LTG (Ret) Ben Hodges, these capacities will continue to be critical not only for crisis mobility, but also military mobility, a related core competency that NATO and the European Union (EU) are honing to strengthen defense and deterrence.

Second, the EADRCC has wide-ranging experience with a variety of humanitarian and disaster relief efforts. While underreported, the Center has helped fight everything from forest fires in Latvia and Israel to earthquakes, snowfalls, and floods in Albania and Montenegro. It even provided relief to the United States in the aftermath of Hurricanes Katrina and Harvey. The Center has honed competencies in these areas, which will undoubtedly be tapped as climate change continues and disasters occur more often. The EADRCC’s mandate also includes responses to chemical, biological, radiological, and nuclear defense (CBRN) incidents and terrorist attacks. As demonstrated by the 2018 chemical attacks in the UK and the 2015-2016 terrorist attacks in Paris and Brussels, these capabilities should continue to be priorities for NATO going forward as well.

Third, the EADRCC has a capacity to support refugees and migrants. In its early form, the Center primarily focused on humanitarian assistance to refugees in the Kosovo war. Since then, it has expanded its efforts to support refugees as a result of the conflicts in and around Syria, Turkey, and Iraq. Going forward, this will be a useful skill as further pandemics, climate change, and other civil emergencies threaten to displace large groups of people. More broadly, it is also a critical capacity to build out as part of NATO’s southern strategy, where migration-related issues are linked to projecting stability in the Middle East and North Africa region and beyond.

Moving Out: A Comprehensive Assessment of European Military Mobility

Military mobility is the logical and critical next step to enhancing the 21st century conventional deterrence posture throughout Europe, an essential part of the formula for keeping the peace.

Fourth, the EADRCC’s day-to-day activities help improve resilience, promote interoperability, and test innovative technologies. Leveraging NATO’s Partnership for Peace and Science for Peace and Security Programs, the Center conducts field exercises in allied and partner countries to build national capacities for crisis response and rehearse collective responses with emerging tools. For example, exercises in Ukraine and Bosnia & Herzegovina have tested a multinational telemedicine system, a virtual reality and next-generation incident command system, and the use of social media tools to amplify crisis responses. This work helps NATO members and partners prepare to meet these civil challenges when and where they happen.

Fifth, the EADRCC is uniquely suited to coordinate with other international organizations that are integral to crisis management. The Center works closely with the United Nations Office for the Coordination of Humanitarian Affairs (UN OCHA), the EU Emergency Response Coordination Center, national authorities, NATO military bodies, and other pertinent organizations. Concrete examples of this level of coordination are hard to find across other parts of NATO-EU relations, for instance, which are inhibited by political and bureaucratic obstacles. Going forward, the Center should prioritize deepening coordination with national military police forces (or the European Gendarmerie Force), NATO’s counter-hybrid support teams, and other forces that could help provide force protection, guard borders, or secure critical infrastructure. The Center could also consider broadening its coordination to private sector stakeholders, which could play key roles in securing cyber-enabled networks, providing backup equipment and hardware, and operating and rebuilding critical infrastructure in civil emergencies.

Sixth, the Center’s work strengthens Allied solidarity and diversity. The EADRCC is operated by NATO international staff and voluntary national contributions from twenty-four different nations. Its activities represent the true value of NATO, demonstrating the power of the Alliance when like-minded countries work together toward a common goal. The fact that Turkey, despite all the geopolitical tensions currently plaguing its relations with NATO, came to the aid of Spain and Italy during the COVID-19 crisis is a case in point. This spirit is fundamental to the future of NATO, not only in crisis response, but across all its activities. At the same time, the Center, which is open to all NATO members and partners, enhances NATO’s diversity. Through its tasks, the Center underscores that NATO is not a one-trick pony for collective defense; it can bring added value to crisis management in smaller but meaningful ways. It has conducted activities in its own backyard and across the globe—from Slovakia to Finland to Georgia to Pakistan to West Africa. The EADRCC’s very inception was based on an idea Russia submitted to the Euro-Atlantic Partnership Council; diversity and partnership are integral to its foundation. In today’s ever-changing world, working together with different voices to address shared challenges will remain key to NATO’s core task of collective security.

All of this is not to say the EADRCC is some catch-all or silver bullet for NATO’s future challenges. Indeed, the Center’s small staff and budget greatly limit the scope of its efforts and its larger strategic effect, especially since its resources are ultimately provided by nations. Nevertheless, the EADRCC does offer encouraging potential for NATO as the transatlantic threat environment evolves. Even as the Alliance continues to focus on its core defense and deterrence efforts—and rightly so—it should not dismiss capabilities like the EADRCC as bureaucratic side projects. Instead, with an eye to the future, transatlantic policymakers should rethink how to empower and reinforce these types of capabilities. With the way current events are progressing, it sure looks like we’ll need them.

Lauren Speranza is the deputy director of the Transatlantic Security Initiative in the Atlantic Council’s Scowcroft Center for Strategy and Security. Follow her on Twitter @LaurenSperanza.