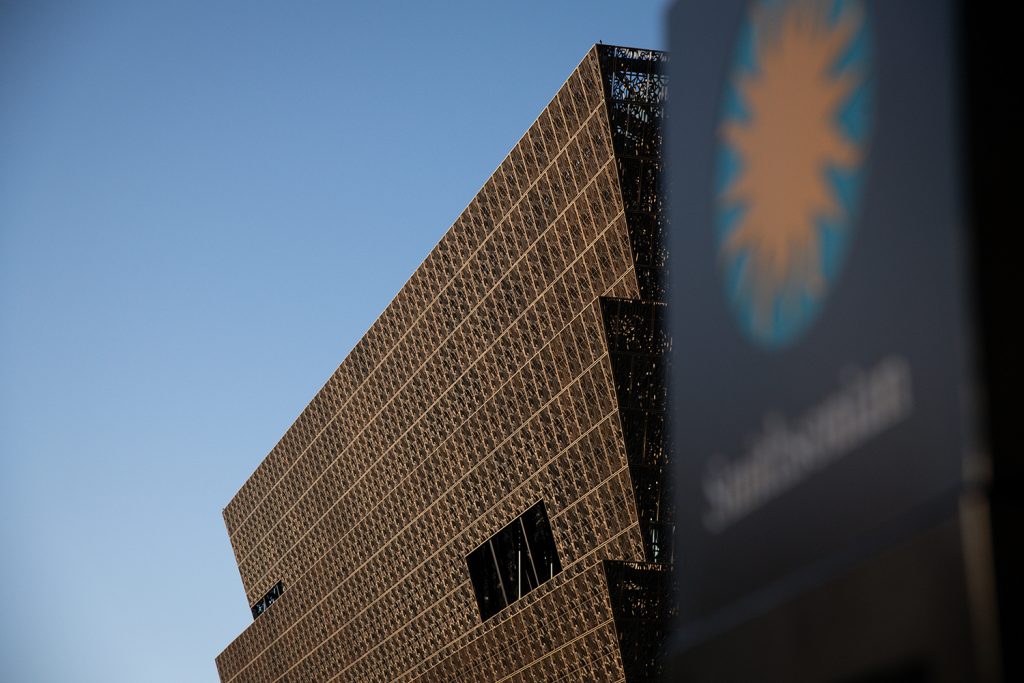 These are among nearly four thousand artifacts displayed in twelve galleries throughout the National Museum of African American History and Culture (NMAAHC), which opened its doors in September 2016.

Since then, more than six million people have visited the complex, said Lonnie G. Bunch III, its founding director from 2005 to 2019. On May 28, 2019, Bunch was named the fourteenth secretary of the Smithsonian Institution—the first African American to hold that title in the Smithsonian’s 173-year history.

“The role of a museum is not just to look back, but to collect today for tomorrow,” Bunch said on January 27 during an Atlantic Council Front Page virtual conversation with Dr. Richard Kurin, the Smithsonian’s distinguished scholar and ambassador-at-large. The event was hosted by the Atlantic Council’s Adrienne Arsht-Rockefeller Foundation Resilience Center.

In introducing the two men, Fred Kempe, president and CEO of the Atlantic Council, warned that the nation’s credibility to lead internationally would rest on how effectively its leaders manage last year’s “triple shock”—the worst pandemic in a century, the deepest economic downturn since the Great Depression, and the most extensive racial upheavals in fifty years.

“But it’s the third of those challenges that will prove to be the most difficult, decisive, and differentiating, preceded by centuries of history,” Kempe said. “In a world where most countries share the global challenge of COVID-19 and the recession, the nature and history of this third challenge [is] unique to the United States… Getting this challenge right is going to be crucial.”

In the wake of the coronavirus crisis as well as the Black Lives Matter protests sparked by the killing of George Floyd while in police custody last year, the NMAAHC launched Voices of Resistance and Hope. The online community platform lets millions of people upload images, eyewitness accounts, original stories, videos, essays, poems, and other personal reflections for possible inclusion on the museum’s website.

“That’s the glue that holds a nation together. Museums have to recognize that if they don’t have a contemporary resonance, then they’re about themselves,” said Bunch, who oversees nineteen museums, twenty-one libraries, the National Zoo, and numerous research centers.

He added: “Like all of us at a time of crisis, museums need to find ways to help make the country better, [to] demonstrate that we are of value.  For me, places like the Smithsonian are as much about today and tomorrow as they are about yesterday.”

The 350,000-square-foot complex traces its roots back to 1915, he said, when Black veterans of the Civil War began a campaign to have their story told in the form of a museum located on the National Mall in Washington, DC. Starting in 1988, new bills to that end were introduced annually in Congress by the late civil-rights icon John Lewis. Legislation finally passed in December 2003 and established the NMAAHC under the Smithsonian umbrella.

“We started with a staff of two,” Bunch recalled. “In essence, it was a real struggle, because Congress really didn’t give the money. They said, ‘You’ve got to come every year and ask for it.’ Also, we had to raise close to $300 million from the private sector. So the real challenge, besides framing all this, was helping people believe this was really going to happen.”

Culture as a human-rights issue

From the outset, Bunch said, some advisors thought the NMAAHC should emulate the nearby US Holocaust Memorial Museum, which tells the story of Nazi Germany’s slaughter of six million Jews in graphic, chilling detail.

“Others said to me, ‘Whatever you do, don’t talk about slavery. Let’s not give people a negative sense of what this museum is about.’ But what I found fascinating was that putting the museum together was really America at its best.”

Kurin, who began his career at the Smithsonian in the mid-1970s, directed its Center for Folklife and Cultural Heritage for twenty years. As an undergraduate student in anthropology, he specialized in South Asia, doing fieldwork and living in villages throughout India and Pakistan.

There, said Kurin, he met people who had big contributions to make to society and yet were marginalized—much like what Black Americans experienced throughout most of US history.

“I started seeing culture almost like a human-rights issue, just as you talked about those veterans in 1915 who wanted the dignity and respect,” he told Bunch. “When I came to the Smithsonian, I thought it was less about what we put in the museum, and [more about] what we were doing for the world. If we could help people foster respect, dignity, understanding, and learning, then we could contribute to a larger human cultural and civic dialogue.”

Among other initiatives, Kurin led the Smithsonian’s effort to save churches, sculptures, art, and other cultural artifacts in Haiti, sending an eighty-member team there following the 2010 earthquake that killed over 200,000 people and devastated Port-au-Prince. Kurin has also helped preserve ancient ruins in war-torn Iraq and quake-ravaged Nepal, as well as rebuild cultural institutions in New Orleans after Hurricane Katrina in 2005 and in Puerto Rico following Hurricane Maria in 2017.

“Mesopotamia was one of the seats of human civilization, [with] thousands of years of history and culture, and ISIS was trying to wipe that away,” said Kurin. “We saw that in Africa, in terms of colonialism, in Nazi Europe, when they wiped away Jewish identity. We’ve seen it all over the place. It becomes a fundamental tactic of war.”

In much the same vein, said Bunch, the Smithsonian immediately formed a “rapid-response team” following this month’s attempted takeover of the Capitol—less than two miles away from the museum—to preserve physical artifacts from that violent day.

“We’re still in the midst of a cultural war… a fundamental debate over what America is,” he said. “Is America a work in progress that’s strived to live up to its stated ideals, or [is] America a place that’s looking back to a past that never really existed?”

Bunch added that the Capitol insurrection on January 6 is a stark reminder that “it is time for all Americans to contribute to this discussion, to challenge America to live up to its ideals.”

“The struggle to change America is not a struggle that happens overnight—but builds on generations of activity,” he concluded. “The challenge of race in this country will always be with us, as long as there’s an America.”

The riot at the Capitol on January 6 brought American democracy “to its knees,” US Senator Chris Murphy observed just over a week after the shock to the nation. But that shouldn’t prevent the United States from trying to both “self-correct domestically” and “do the work of democracy promotion.”