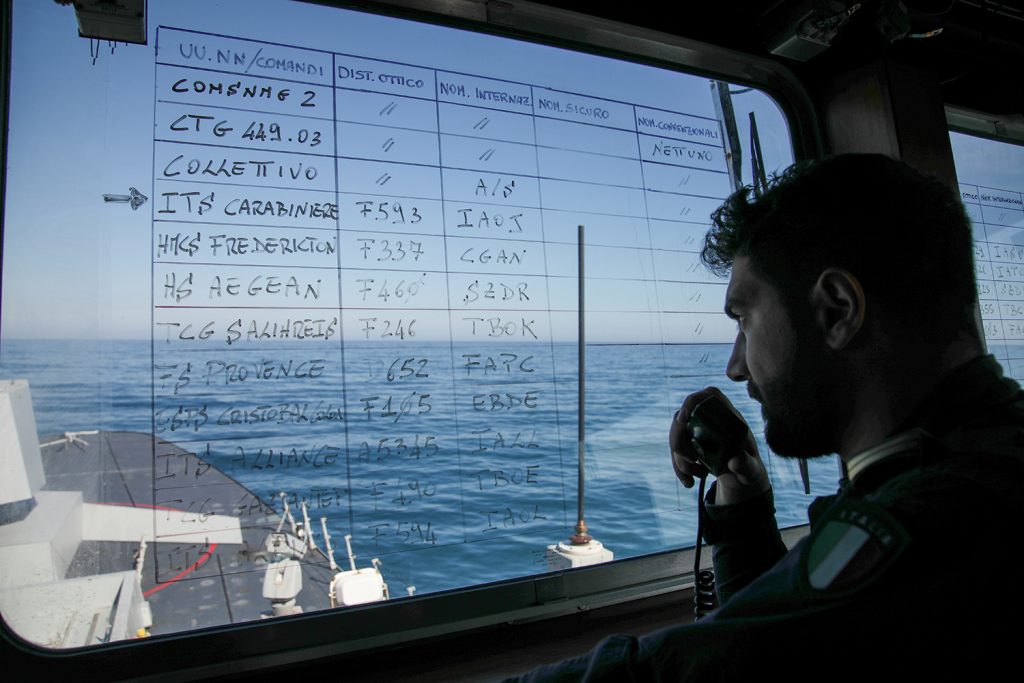 Megatrends that shape the current century point to a future in which our security and environment are inextricably linked. Population changes, exponential technological growth, climate change, and scarcity of resources, both natural and financial, set against rising global insecurity create a situation in which our international institutions must innovate or risk becoming irrelevant and financially unsustainable.

NATO is positioned to lead in this era of risk and innovation. By capitalizing on opportunities such as the ‘Digital Ocean’ NATO can help provide solutions to the megatrends that will define this century, while fulfilling its core mission of providing security to its nearly one billion citizens.

The perfect storm of challenges

The asymmetric demographic change we are already witnessing will shrink the Western working age population remarkably. By mid-century every fourth person in Europe will be over sixty-five years old and by 2080 there will be less than two working age persons per each elderly person in Europe. We know now, decades in advance, that there will be fewer taxpayers. Falling working age population brings shrinking budgets, while the need for resources and workers in numerous sectors are increasing.

Climate change will impact virtually every aspect of society. More frequent severe weather events will bring high economic costs—heat waves, forest fires, storms, and floods that will test the health of all species. Food and water shortages will accelerate tensions in already fragile regions. Currently, we’re in a hunger crisis with 260 million people predicted to be without enough food by the end of the year. Rising temperatures and extreme events will further harm livestock and diminish crop yields, driving starvation. Around 1.5 billion people live in river basins where the demand of fresh water exceeds the natural recharge level and by 2030 the global water demand will exceed current sustainable supplies by 40 percent. Although 70 percent of the earth is covered with water, only 2.5% of it is freshwater. Ironically, while our freshwater reserves are falling, our oceans are rising as icebergs melt into the sea and eat away at our coastlines, displacing millions of people. Water scarcity, extreme weather events, rising water levels, food shortages, and other climate change calamities will make parts of our world simply unlivable, causing migration pressure and increasing the risk of further cultural tensions and conflicts.

Rapidly developing technologies have already changed the ways people communicate and do business, governments serve their citizens, and societies protect their interests. Exponential growth in technology, computing power, and artificial intelligence has and will be felt by every state and every sector.

These megatrends have emerged amid an increasingly more complex security environment in which a resurgent Russia aggressively promotes misinformation and engages provocative behavior to create instability around the globe. Further, China is in a race to become the global leader in technology, trade, and both digital and physical infrastructure. This security situation is of course further exacerbated by the global pandemic currently ravaging our health care systems and economies.

Granted the challenges are many, but so too are the opportunities to launch a new era of institutional and technological innovation unrivaled in history.

How NATO can harness the ‘Digital Ocean’ revolution

NATO is well-positioned to lead this new era of innovation. With its thirty Allies and over one trillion dollars in annual defense expenditures dedicated to the collective defense of their nearly one billion citizens, NATO is the largest and most powerful military alliance on the planet. The Alliance is uniquely situated at this nexus of security and environment.

Perhaps the best illustration of this nexus is NATO’s maritime domain. The seas remain essential for global trade, with 90 percent of the world’s trade conducted by sea. And additional trade routes are opening in the Artic due to climate change and exposing NATO’s northern flank to Russian and Chinese fleets. Furthermore, the global digital economy runs on cables on the ocean’s floor.  It is the sea that connects us all, powers the global economy, and is primed for innovation.

NATO could lead this innovation, by bringing together key stakeholders across government, academia, and industry to create a ‘digital ocean’ and exploit enormous swaths of data with artificial intelligence-enhanced tools to predict weather patterns, get early warning of appearing changes and risks, ensure the free flow of trade, and keep a close eye on migration patterns and a potential adversary’s ships and submarines. And it could be done in a sustainable carbon-neutral manner by leveraging the “Blue Tech” revolution currently underway. Innovators across Europe and North America continue to design and build a diverse array of maritime surface and subsurface drones. Many of these maritime drones are propelled by wind, wave, and solar energy and carry sensors that can collect data critical to unlocking the yet untapped potential of the ocean.

If NATO Allies could stich these drones together in a secure digital network, it could essentially create an ‘Internet of Things’ for the ocean, a ‘digital ocean’ spanning from seafloor to satellite that stretches across millions of square miles.  It is clear no single nation could undertake such an effort on their own, nor would they achieve the synergistic network effects an alliance like NATO offers, when such an effort is undertaken in a coherent manner. There are significant fiscal benefits as well, as maritime drones greatly enhance the capabilities of ships, submarines, and other platforms at a fraction of the cost. These savings would be magnified by the fact that the digital ocean would be powered by free and sustainable energy sources like wind, wave, and solar. The digital ocean will drive the ocean economy which is now $2.5 trillion a year. It has the potential to bring in new solutions and to use the tech change megatrend for the benefit of all—to create a more sustainable planet as well as robust economic driver through applications such as offshore wind, sustainable aquaculture, and carbon sequestration through growing food crops like seaweed.

This type of sustainable innovation needs to occur across all domains and in all our international institutions if we are to meet the challenges of the coming decades. Population trends, technology shifts, climate change, and scarcity of resources make an already complex security situation that much more daunting. But we are not powerless in this face of the ‘Perfect Storm’ when megatrends collide; we have the ability to invent our own future.

Why act now? Because the technological shift is making it is possible to get the data from every specific part of the ocean and use the gathered data to interpolate. We must take bold innovative action now and chart the new course, to ensure the health of our planet and the security of our citizens for generations to come.

Keit Pentus-Rosimannus is a Member of the Estonian Parliament, vice-chairwoman of the biggest parliament party Reform Party. She was the Minister of Foreign Affairs for Estonia from 2014 to 2015 having previously been the Minister of the Environment from 2011 to 2014.

Michael D. Brasseur is the co-founder and first Director of NATO’s Maritime Unmanned Systems Innovation and Coordination Cell (MUSIC^2).  He is a former captain of two US Navy warships and has sailed the world’s oceans partnering with friends and Allies. The views presented here are his own, and not that of NATO or the US Navy.

While movement towards the two percent may seem slow, it is clear that NATO allies are making significant changes to their defense spending.

Image: An Italian Navy soldier is seen on board of a Carabiniere F593 frigate, during a NATO anti-submarine warfare exercise known as Dynamic Manta 2020, at sea off the coast of Catania, Italy, February 24, 2020. Picture taken February 24, 2020. REUTERS/Antonio Parrinello