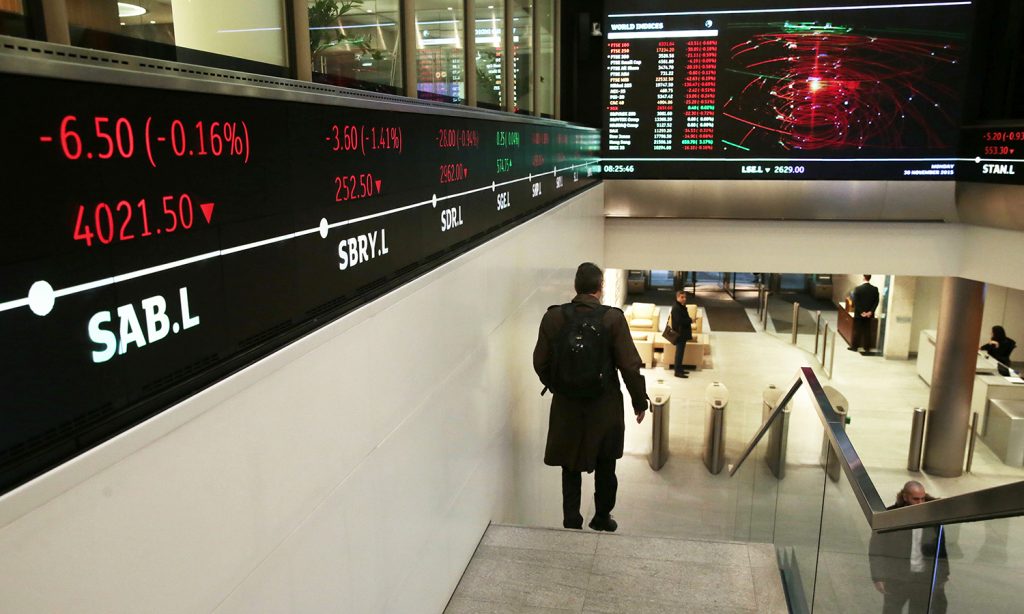 For close to four decades, New York, London, and Hong Kong have dominated the international financial system as first among equals relative to their peers. All three cities are characterized by extensive financial services, ranging from boutique advisory to liquid capital markets, attracting firms from across not only their respective continents, but the globe as a whole. Since the early 1980s, the reputation of these cities has been bolstered by iron-clad rule of law and stable political environments that has underpinned their financial prowess. Yet of these cities, London and Hong Kong are increasingly threatened by not only external trends, like the rise of China, but also internal political strife, best encapsulated in the Brexit debate and the Hong Kong Extradition Bill protests. In the long-term, while these cities will continue to play outsized roles in international business, their current privileged status may be more precarious than it seems.

Since China’s early market reforms, Hong Kong has served as the go-to financial hub for the Mainland. Early on, Beijing listed many of its behemoth state-owned enterprises, including Sinopec, Industrial & Commercial Bank of China, and China Telecom, on the Hong Kong Stock Exchange. The exchange’s owner, Hong Kong Exchanges and Clearing (HKEX), has also played a vital role in facilitating foreign access to Mainland markets. To preserve its system of capital controls, Beijing tightly regulates foreign access to the country’s financial markets but has allowed for some regulatory schemes to be developed in Hong Kong. Through HKEX’s Stock Connect and Bond Connect programs, foreign investors can trade Mainland debt and equity markets, subject to some limitations. All in all, Hong Kong has made a fortune facilitating access to the Mainland.

Much like Hong Kong, London has also made a name for itself as the financial center for much of Europe. Despite not using the euro, the influence of London’s financial industry on the common currency cannot be understated. London’s clearinghouses process the vast majority of market activity in euro-denominated derivatives, while its banks played an outsized role as primary dealers for European sovereign issuance. Even outside of Europe, London has played an outsized role in China’s financial internationalization, unseating Singapore as the largest RMB clearing center and hosting Shanghai/London Stock Connect, enabling Chinese blue chips to access foreign investors via global depositary receipts. Much like the HKEX’s role in Hong Kong, London’s international presence is synonymous with the London Stock Exchange (LSE).

Not only does the LSE represent the Westbound component of the Shanghai-London Stock Connect, but the firm also owns the London Clearing House (LCH), which boasts a dominant share of the euro clearing market. Yet with Brexit looming, European authorities have reportedly expressed displeasure at the euro’s central financial hub technically falling outside of its regulatory purview. Though tensions over this trade have abated since the European Securities and Markets Authority (ESMA), Europe’s primary securities regulator, extended temporary recognition through March 2020, this is only a temporary solution. Though banks, hedge funds, and other market participants have migrated to continental hubs, like Amsterdam, Paris, and Frankfurt, the migration of euro clearing derivatives would be disruptive, as hedging costs would be likely to rise.

As London has faced the existential threat of Brexit, Hong Kong has been buffeted by both internal political pressure from both the ongoing Extradition Bill protests and the Umbrella Movement in 2014, as well as external pressure from China’s financial opening. Though full capital markets liberalization is likely incompatible with Communist Party thought, greater overtures to foreign financial institutions could, in the medium-term, attract more firms to transact directly with Mainland entities. Though Hong Kong’s legal framework is significantly stronger than that on the Mainland, the recent Extradition Bill debate, as well as the 2049 deadline on the “one country, two systems” model, has increasingly called this reputation into question. Yet with most financial infrastructure linking international investors to the Mainland based in the city, it is difficult to envision an exodus to other Asian centers, like Singapore.

Though HKEX now has LSE in its sights as a takeover target, the prospects for a deal are limited, even if shareholders approve a deal to the Board’s chagrin. In the past, European authorities have blocked past exchange tie-ups, like both Deutsche Börse’s and LSE’s separate bids for Euronext, on antitrust concerns, but an HKEX/LSE deal would have few tie-ups. Instead, the deal is likely to come under scrutiny for both national security and financial stability grounds, given harsher attitudes towards Chinese cross-border mergers and acquisitions and the potential for a renewed debate on post-Brexit euro clearing.

Though not headquartered on the Mainland, the HKEX’s thirteen-member board comprises the chief executive, six shareholder appointees, and six appointees of the Hong Kong government. As evident in the Extradition Bill and previous Umbrella movement protests, the Mainland government maintains heavy sway over the decisions over the city’s influence. Though it has been said that the link between exchange policy making and political malpractice is thin, the link is strong enough to warrant suspicion from regulatory authorities in an area as vital to the international financial system as in the exchange market. In 2018, the US Securities and Exchange Commission (SEC) blocked an attempted Chinese takeover of the Chicago Stock Exchange, which not only processed a mere 0.5% of US equity trades but had also been approved by the Committee on Foreign Investment in the United States (CFIUS) in December 2016.

Though the SEC’s primary concerns with the deal stemmed from a lack of transparency on the part of the Chinese bidder, Chongqing Casin Group, it is likely that the larger size and scale of a proposed LSE/HKEX transaction could raise eyebrows. At the same time, any position on the deal could carry international consequences for UK authorities, speaking to the heightened geoeconomic concerns surrounding regulatory decisions in an era of rising protectionism. LCH could be at the center of these, both given the past scrutiny applied by European regulators and potential US action in the future, either tied to the transaction itself or a more hawkish European approach after the current March 2020 deadline expires. Blocking the deal itself could also risk a harsh Chinese response, especially against a weakened post-Brexit Britain. These challenges speak to the geoeconomic concerns that will be attached to future financial regulation.

Luckily, LSE shareholders have an optimistic view of the firm’s current plans to acquire Refinitiv to pivot the exchange into a more data-focused role, making the odds of a successful HKEX takeover slim. Still, in other arenas, like the SEC’s ongoing spat with NYSE-listed Chinese firms over audit quality, the intersection of prudential concerns and international relations is alive and well. Though these debates are nothing new for global regulators, the current environment of heightened protectionism and more hawkish CFIUS oversight in the United States risks the potential for a diplomatic spat to carry serious, tangible concerns for financial stability, as opposed to price increases on consumer goods and market access concerns.

Much like the Federal Reserve is now grappling with the macroeconomic consequences of the trade war, it will be incumbent for more civilian regulatory agencies, like the SEC or US Commodity Futures Trading Commission (CFTC) in the United States or the United Kingdom’s Financial Conduct Authority and Prudential Regulatory Authority, to consider the political ramifications of its regulatory policy. For these agencies, they should retain their focus on financial stability and investor protection, but also understand and prepare for the heightened political consequences that their actions may entail. Prudential policy should not be sacrificed on the altar on national sovereignty, but this is a potential disruptive force in markets that could be exacerbated in the future by controversial cross-border mergers and acquisitions deals, like the ongoing LSE/HKEX tie-up. Should these materialize, not only agencies, but market participants too, will need to be prepared for disruption.

The financial implications of deploying sanctions in Hong Kong

If the situation worsens in Hong Kong, Washington should not hesitate to not only use Global Magnitsky, but also take tangible steps to boost its hard power position in the region.

Beijing needs to give the Hong Kong government “some space” to effectively address the concerns of its citizens, former US general consul to Hong Kong Kurt Tong said.

By Hung Tran and Jaime Caruana