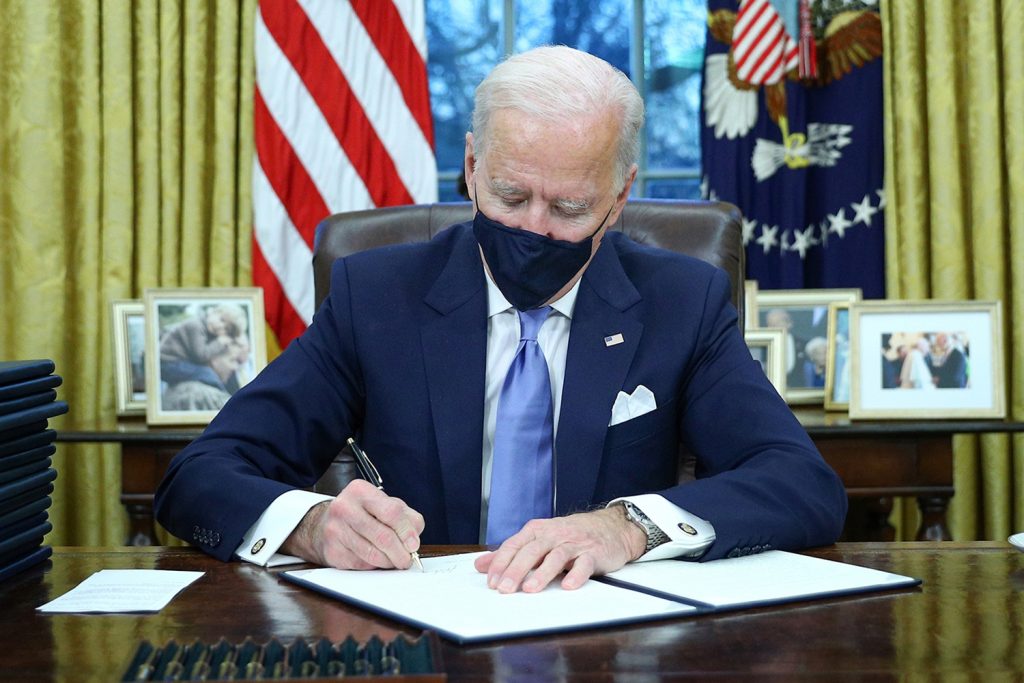 Just ahead of Joe Biden’s inauguration as the next president of the United States, an expert on commodities, a professor of international affairs, and a former CIA director convened virtually to discuss US energy and security challenges around the globe. Among their assessments: Oil and gas will still play a crucial role in the world’s economy even as clean-energy “electrostates” rise in prominence, and Biden will prioritize the threat of climate change like no president has before him.

Surveying the global landscape that awaits Biden, General David Petraeus, chairman of the KKR Global Institute and former director of the CIA, said he expected the new US leadership to continue the “rebalance to Asia that began during the Obama administration” and to establish a more active presence for the United States in various multilateral institutions beyond “just rejoining the Paris climate accord.” The former commander of US troops in Afghanistan foresaw threats from Russia, a nuclear-armed North Korea, Iran moving closer toward nuclear-weapons capability, Islamic extremists in Iraq, Syria, and Yemen, and cyberterrorism.

Helima Croft, managing director and global head of commodity strategy at RBC Capital Markets, noted that as fossil fuels fall out of favor, a handful of oil-exporting Gulf countries will easily handle the transition to renewables—especially low-cost producers like the United Arab Emirates, which have used their sovereign wealth funds to fuel diversification.

“Those countries are best placed for an energy transition because they have the cleanest, cheapest barrels. They will have the biggest share even of a shrinking pie,” said Croft. In contrast, oil-exporting nations suffering from poverty and corruption—such as Algeria, Angola, Iraq, Nigeria, and Venezuela—will face challenges as prices fall.

But that didn’t happen: Within a month, coronavirus was sweeping the world, the oil market crashed, and OPEC struggled to respond. That led to a price war between Saudi-led OPEC and Russia during which, Croft suggested, some Russian petroleum exporters were happy to see prices fall because that could sideline US shale oil companies, whose profit margins were slimmer.

“I don’t think anybody was expecting the scale of the collapse,” she said. “That’s when Donald Trump got involved and essentially helped orchestrate the largest production cut OPEC ever did. That really played a very significant role in stabilizing the market. It’s amazing that we only ended up down 20 percent year-on-year in terms of demand.”

Meghan O’Sullivan, director of the Harvard Kennedy School’s Geopolitics of Energy project, said that although the world is embracing renewable energy sources, “even the most climate-friendly energy scenarios in the future all involve a reasonably substantial amount of oil and gas usage over time.”

A few “petrostates” will continue to wield influence—in some cases even more influence because there will be a smaller number of them, said O’Sullivan, a former US deputy national security advisor for Iraq and Afghanistan.

In the wake of the pandemic, O’Sullivan noted, US shale producers drastically cut production. And experts continue to debate how quickly production will return to its pre-COVID peak of around thirteen million barrels a day.

“It is a different landscape,” she said, noting that some investors were lukewarm—even before the pandemic—about pouring money into new oil and gas ventures. “The pandemic has just expedited a lot of things that were already in motion,” she said.

“The United States certainly has the potential to be one of, if not the, major [players] in clean energy. That will depend a lot on what we see from the Biden administration,” she continued. “He has made it very clear that climate is going to be a huge focus of his.”

In fact, Biden has listed four top priorities to tackle in his first ten days in office: economic recovery, COVID-19, climate change, and racial justice. Part of his $2 trillion stimulus package, O’Sullivan said, will be investing more in clean-energy technologies.

And the fact that Biden has appointed former Secretary of State John Kerry as his new “climate czar”—at a Cabinet level and answerable to the president—“is one of the most important indications of how serious the Biden administration is going to be about climate,” O’Sullivan said.

Rejoining the Paris climate accord is only the first step, she added. “The Biden administration and Secretary Kerry are talking about infusing climate into every foreign-policy interaction. This means not just talking about climate in climate fora and among climate experts, but [talking about] climate in every bilateral relationship. It means asking the different agencies that conduct foreign policy and national security—like the Pentagon, USAID, and the State Department—to make climate really central in their overall objective,” O’Sullivan explained, adding that other urgent priorities like counterterrorism and conflict resolution may not get the same attention.

“When a president goes to speak to a king or another president or prime minister, there are only so many issues he or she can push effectively,” she said. “And climate is now going to be among them.”

Image: U.S. President Joe Biden signs executive orders in the Oval Office of the White House in Washington, after his inauguration as the 46th President of the United States, U.S., January 20, 2021. REUTERS/Tom Brenner