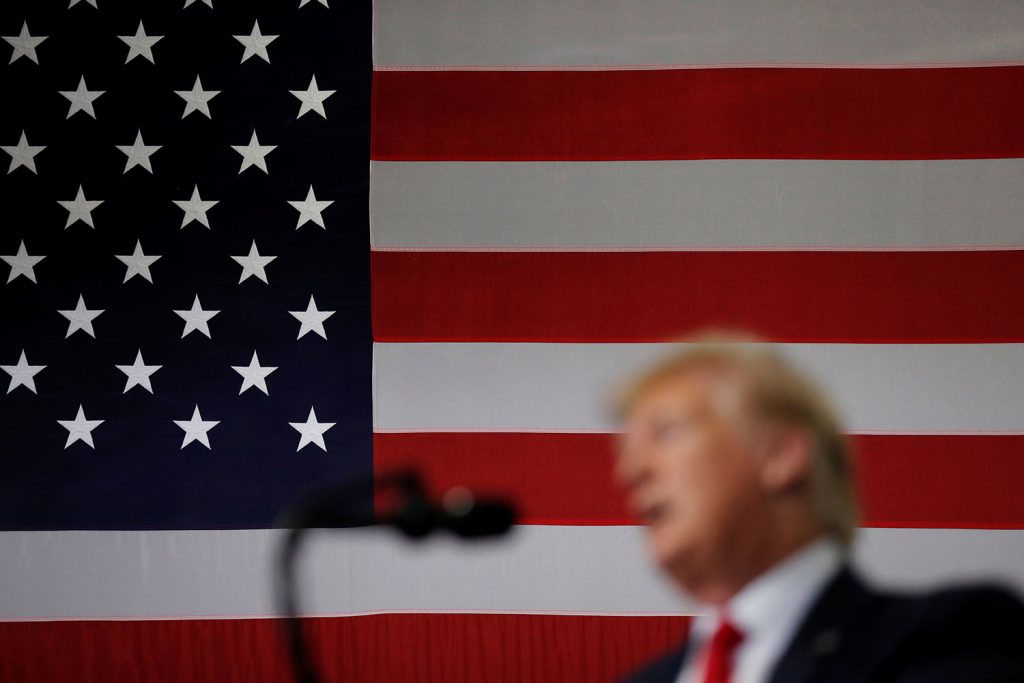 The bipartisan backlash against US President Donald J. Trump’s withdrawal of US troops from Syria is a welcome sign that the old internationalist consensus is not fully dead and may yet revive. But if will only revive if the political class takes proactive steps to defend internationalism well beyond the current crisis. It is easy to bemoan Turkey’s military operation and the US withdrawal, but it is much more difficult, meaningful, and necessary to reinvigorate America’s leadership posture on the world stage.

As the United States enters another presidential election season, its political class should make the case to the American people that internationalism is not an exercise in utopianism or charity; rather, it is the best and cheapest way to keep the United States safe and, indeed, put America first.

Internationalism is thus more comfortable with a broader and longer-term definition of the national interest. The United States can afford to define its national interest as, by and large, coterminous with the health of the international system as a whole. Nationalism tends to take a shorter-term and narrower view of things. Trump rails against “globalists,” because he sees the world in zero-sum terms: he believes the interests of the international community are at odds with US interests, and we must choose to pursue one or the other.

Trump misses the point: internationalists do not prioritize the international community’s interests above US interests. Rather, they believe that, over the long run, the two sets of interests are effectively identical because the liberal order is the outer perimeter of US security. Investing in the long-term health and stability of the international social system is the best means to achieve security and prosperity for the United States.

Trump, by contrast, declared in April 2016 that US foreign policy began to go wrong “with a dangerous idea that we could make western democracies out of countries that had no experience or interests in becoming a western democracy.” Nationalists tend to discount concerns about the international environment and focus instead on traditional, state-centric issues. If nationalism worries about whether there are bigger fish in the ocean, internationalism worries about poison in the water.

The instinct for greater restraint was understandable in the aftermath of Iraq and Afghanistan, an instinct President Barack Obama rode to the White House. Eager to meet the demands of war-weary Americans and bring troops home from seemingly endless overseas deployments, Obama sold the withdrawal from Afghanistan as an effort to refocus his administration’s attention on jobs, infrastructure, and national unity, strikingly similar to how Trump defends his foreign policy. “After a decade of passionate debate, we must recapture the common purpose that we shared at the beginning of this time of war,” he said. That is why, “it is time to focus on nation building here at home.”

There was an essential continuity between both Obama and Trump’s foreign policies: under their leadership, the United States has taken increasingly deliberate and consequential steps away from its historic role as the guarantor of the liberal international order.

But if Obama’s changes to US foreign policy were understandable in 2008, it was because the costs of leadership were well known while the costs of not leading were unclear. Now, after a decade of withdrawal, the costs are impossible to ignore. Since 2008, the world has witnessed the rise of the Islamic State of Iraq and al-Sham (ISIS), Russia’s invasion of Ukraine and meddling in western elections, China’s assertive construction of military facilities in disputed territory, North Korea’s continued nuclear and missile tests, the fraying of the European Union, and Iran’s brazen attacks on Saudi Arabia.

The cost of US restraint—in Syrian, Afghan, Iraqi, and Venezuelan lives; in destabilized regions, weakened institutions, and abrogated treaties; and in the revival of nationalism and authoritarianism around the world—is far steeper than any conceivable benefit restraint might bring. US engagement would not have prevented all of the world’s crises of the past decade. But it would have left the United States and its allies far more well prepared to meet them.

Four years ago, the world reacted with shock at the September 2015 photograph of Alan Kurdi, a three-year old Syrian Kurd who drowned fleeing his war-torn country. Yet, despite the shock and outrage, very little actually changed in US policy. There was, and continues to be, no appreciable move by US policy makers to rededicate themselves to the internationalist principles that would prevent such crises from recurring.

In the absence of action, crises will recur. Americans will watch more news stories about horrors overseas that will, inexorably, creep closer and closer to US shores. US policy makers will denounce aggression and descry humanitarian atrocities. But without firm action, without the political courage to reinvigorate internationalism, policy makers’ denunciation of the latest crisis will be so much virtue signaling, or, as the Bard might say, sound and fury, signifying nothing.

Paul D. Miller is a professor of the practice of international affairs at Georgetown University. He is the author of American Power and Liberal Order: A Conservative Internationalist Grand Strategy.

The dangers of neglecting allies

President Trump’s maximum pressure and Iran’s escalating responses have increased the risks of conflict. They have also brought a new chance of resolution that may become the most significant test yet of President Trump’s ability to transform his disruptive foreign policy into positive outcomes.

By tying the national interest to unilateral territorial demands, the US president puts himself in the same camp as Vladimir Putin. Putin’s strategy is also dismissive of international rules and the sovereignty of smaller nations, and appears to hold that only through force and intimidation can Russia advance its interests.

Image: With a US flag as a backdrop, US President Donald Trump delivers remarks on supporting the passage of the U.S.-Mexico-Canada (USMCA) trade deal during a visit to Derco Aerospace Inc., a Lockheed Martin subsidiary, in Milwaukee, Wisconsin, U.S., July 12, 2019. REUTERS/Carlos Barria