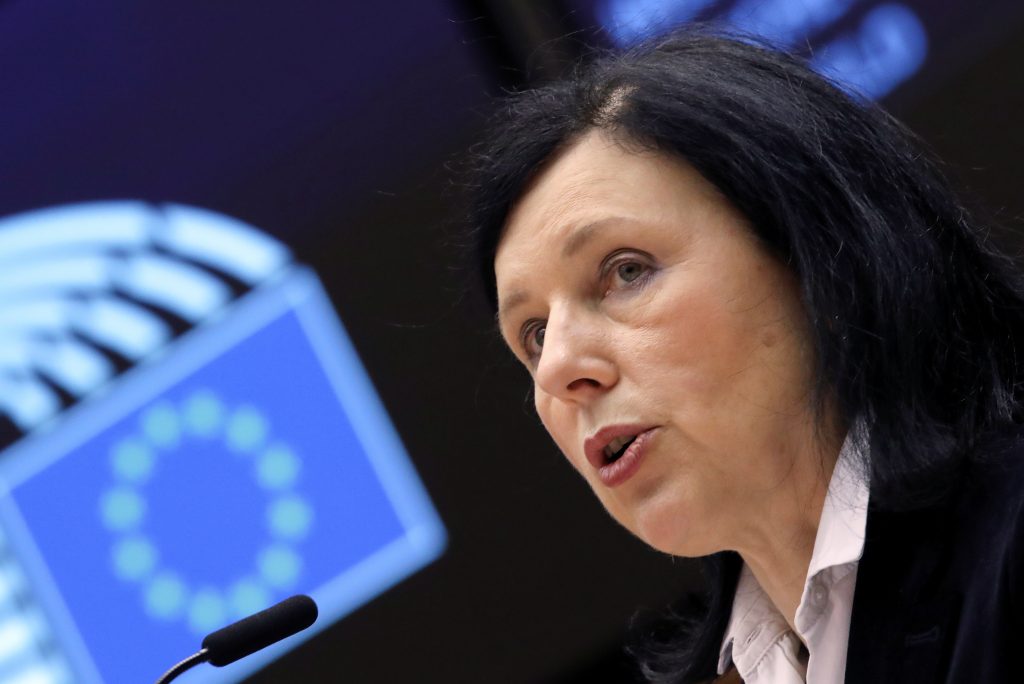 The challenges of economic upheaval and threats posed by China and Russia, common to both the European Union (EU) and the United States, are increasing the urgency on both sides of the Atlantic of proving to citizens that democracy is the ticket to a better life—a notion that is no longer a given, according to Věra Jourová, vice-president for values and transparency at the European Commission, and US Senator Chris Murphy (D-CT). Doing so will require a more robust social-safety net, Murphy argued, along with an aggressive defense against misinformation, Jourová said.

Jourová and Murphy were speaking at the Atlantic Council’s EU-US Future Forum during a session moderated by Fran Burwell, a distinguished fellow at the Council’s Europe Center, on how to defend democracy in turbulent times.

Below are some of the key takeaways from the conversation.

What an alliance of democracies can achieve

The legacy of the Capitol attack

How the US and EU can counter digital threats together

By Harry I. Hannah