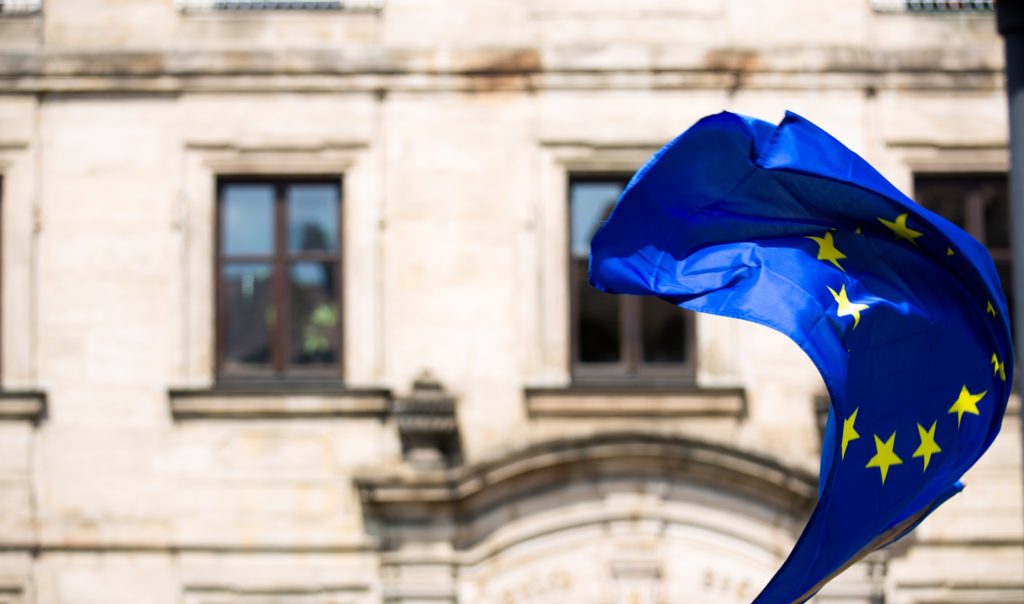 We launched the Atlantic Council’s Europe Center in 2021 with a clear purpose: fostering a close US relationship with a strong and united European Union (EU) as America’s best asset in navigating global challenges.

From its foundation with the Coal and Steel Community in 1950, European integration has been supported by American diplomacy. In a letter to EU founding father Jean Monnet, President John F. Kennedy asserted that “ever since the war the reconstruction and the knitting together of Europe have been objectives of United States policy, for we have recognized with you that in unity lies strength. And we have also recognized with you that a strong Europe would be good not only for Europeans but for the world. America and a united Europe, working in full and effective partnership can find solutions to those urgent problems that confront all mankind in this crucial time.”

But while the transatlantic relationship is rooted in a history of common values and strategic interests, we can’t take solace in the successes of the past, nor ignore the challenges of the future. The alliance has grown more turbulent in the past several years, as a backlash against globalization, liberalism, and trade has swept through our societies. We should treat those years not as an aberration but as a warning—and learn their lessons.

With the post-COVID world in sight and a new American administration in place, 2021 offers a unique opportunity to reset and reshape the transatlantic relationship and ask some important questions. What do we expect from each other? What can we learn from each other? And, more importantly, what can we achieve together?

In recent years, the EU has become a key international player in setting standards on trade, the environment, and the digital space, harnessing the power of its single market. With its agenda on content removal, data privacy, and ethics around artificial intelligence, for instance, the European Commission is shaping global norms and sparking a transatlantic debate over the role of tech platforms. In multilateral fora, Europeans are increasingly learning to speak with one voice. And the EU has also started to take security matters into its own hands. As the United States reckons with the challenge represented by China’s growing assertiveness, responses can’t be solely, or even primarily, military in nature. The United States will need to partner with its allies to once again define the norms and rules of the global system. Embracing the EU as a partner in this endeavor is as important as strengthening the foundations of NATO and bilateral relations with European states, if not more so.

Many useful ideas have been advanced lately to shape the transatlantic conversation. In its December communication on transatlantic relations, for example, the European Commission proposed the creation of a Trade and Technology Council—an idea embraced by Atlantic Council experts as well as tech companies. Others have highlighted the need for a structured US-EU strategic dialogue.

And that’s where the EU-US Future Forum, which gets underway this week from May 5 through May 7, comes in. Created by the Atlantic Council in partnership with the European Union Delegation to the United States, the forum intends to provide a new platform for US and EU officials, as well as experts, business leaders, and civil-society figures, to discuss trade, tech, energy, space, defense and security, and the recovery from COVID-19. These conversations should not be limited to the Beltway. In recent months, we have conducted focus groups across the United States with diverse groups of Americans in Oregon, Indiana, Florida, and Michigan to hear more about their views of Europe and what they expect from the US-EU relationship. We will bring those voices into the conversation as well.

Celebrating the US-EU relationship does not mean papering over our differences or attributing them to simple misunderstandings. Disagreements and misunderstandings did not disappear with a change of president in the White House. Polling conducted among European publics since the US election shows that trust has not been immediately restored. Trade disputes still loom on the horizon. The conclusion of the EU’s Comprehensive Agreement on Investment with China has created controversy on both sides of the Atlantic and is currently subject to a heated debate in the European Parliament. Reconciling different views on regulation of the digital space is essential to addressing authoritarian regimes like China, whose vision for online privacy diverges dramatically from the nuanced divisions within the transatlantic alliance. With the United States rejoining the Paris climate agreement and President Joe Biden setting ambitious targets for carbon-emissions reductions, both sides agree on the need to respond to the climate-change emergency. But they may well differ on the ways to get there.

Allies disagree. They have their own interests and agendas. That’s fine. Our role is to build the platform where those views can be aired and resolved. Addressing these issues head-on will help shape shared answers that will strengthen both sides of the Atlantic, remind us of what we have in common, and prepare us to act together for decades to come.

Benjamin Haddad is the director of the Europe Center at the Atlantic Council.

How the US and EU can counter digital threats together

By Harry I. Hannah

Serbian president pursues EU membership, better US ties, and a bigger role in the Balkans

Do continued EU data flows to the United Kingdom offer hope for the United States?