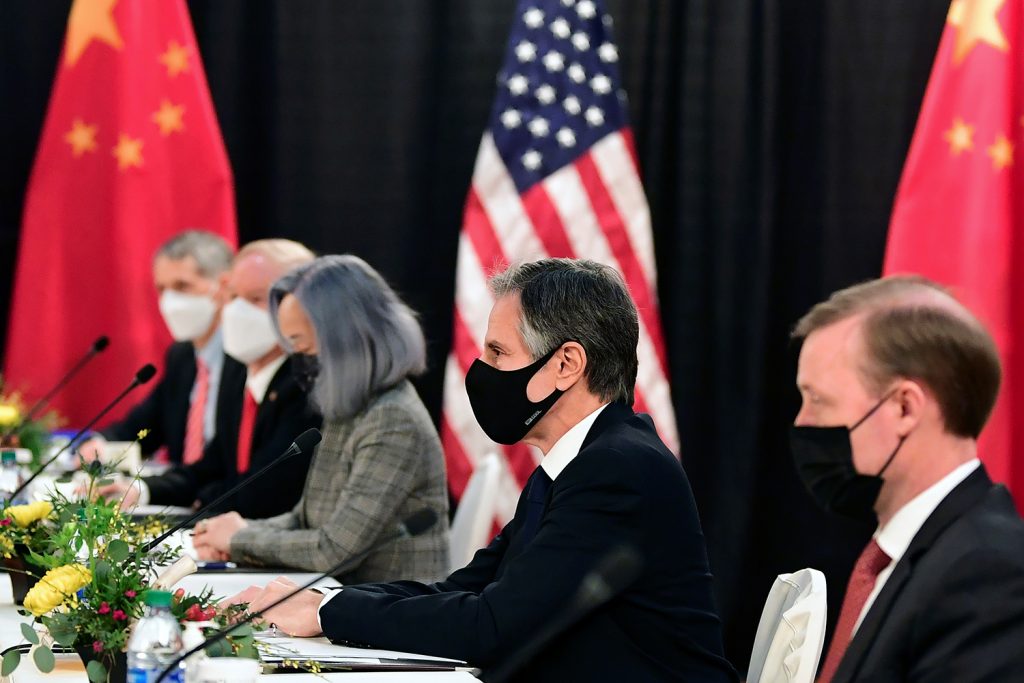 The high-level US-China meeting in Anchorage last week—amplified by a blunt exchange of accusations at the beginning of the meeting—was well choreographed by both sides to articulate their grievances against each other, draw red lines on their core interests, and demand changes in each other’s behavior. It was also the first opportunity in the Biden presidency for the two countries to explore the possibility of cooperating on areas of common interests such as countering climate change and the pandemic. Despite the drama, reported comments by the participants suggest that both sides do want to keep talking and find concrete opportunities to collaborate.

But on balance, the meeting appears to confirm that the United States and China are locked in a new form of cold war—where conflicts over different national values and core interests are prominent and competition is fierce across a wide range of issues, while cooperation is still possible in a few specific cases.

Immediately after the meeting in Alaska, both sides have moved to consolidate their respective alliances in this strategic competition. US Secretary of State Antony Blinken will participate in a meeting of NATO foreign ministers this week in Brussels—against the backdrop of the first EU sanctions on China’s officials since the Tiananmen Square massacre in 1989, coordinated with sanctions by the United States, the United Kingdom, and Canada over the Chinese government’s human-rights abuses against the Uighur Muslim minority. The White House is also scheduled to welcome Japan’s Prime Minister Yoshihide Suga on April 9 as the first visiting head of government of an allied country. China, meanwhile, is hosting Russian Foreign Minister Sergey Lavrov to strengthen the two countries’ cooperation against their common adversary, the United States. Beijing has also retaliated by imposing sanctions on select European officials and entities.

There are three main takeaways from the remarkable events of the past week:

Ultimately, the outcome of the emerging strategic competition between the United States and China will be decided at home. It will depend on the success of domestic efforts in both countries to develop sustainable and inclusive economic growth, promote full employment by training workers for jobs of the future, and improve social cohesion by addressing various forms of inequality. If this materializes, it would be a positive outcome of this competition. But the risks of a negative outcome, involving escalating conflicts that threaten global peace and stability, are uncomfortably high.

Who will organize the world? That’s what’s at stake in the Biden-Xi contest.

If Biden’s vision is for the United States to create a band of reinvigorated democratic sisters and brothers, inspired by the country’s revitalization, Xi’s vision is for a world where each country’s political system, culture, and society are its own business. Will either view come out on top?

Image: The US delegation led by Secretary of State Antony Blinken (C) and flanked by National Security Advisor Jake Sullivan (R), face their Chinese counterparts at the opening session of U.S.-China talks at the Captain Cook Hotel in Anchorage, Alaska on March 18, 2021. Frederic J. Brown/Pool via REUTERS