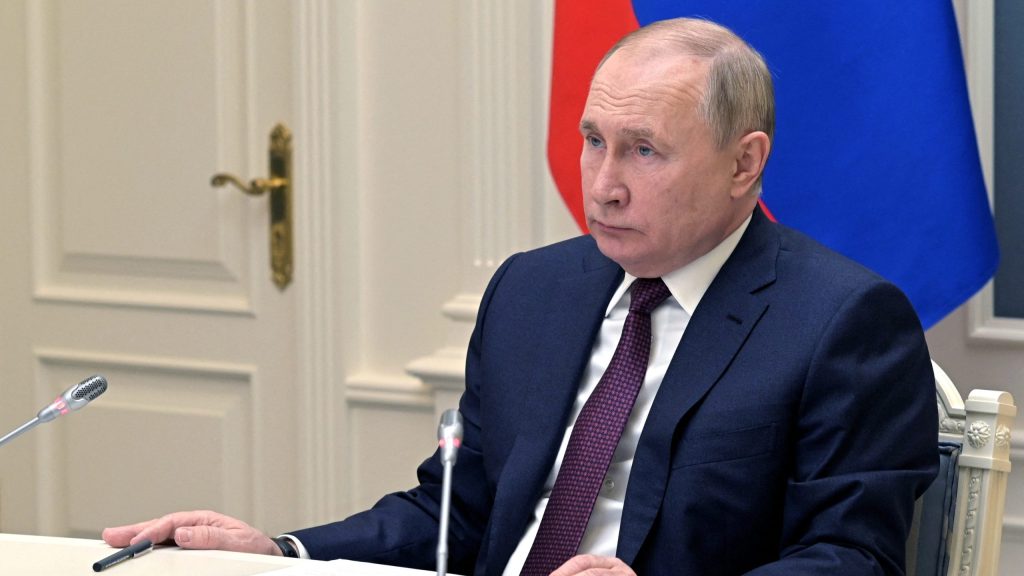 Now that Russian President Vladimir Putin has ordered his country’s nuclear forces on high alert for the first time since the end of the Cold War, this is a time for vigilance.

No signs yet suggest the bulk of Russian nuclear forces actually are on high alert as part of Moscow’s “special regime of combat duty.” But what’s clear is that Putin’s televised order last week was designed to tell the United States, NATO, and the West to desist from supporting Ukraine—or risk unimaginable consequences. While Washington and its allies have been right to avoid overreaction so far, Putin will likely continue his nuclear saber-rattling, and there is still a risk that he would use nuclear forces in Ukraine.

Although the announcement was an alarming development, it was also foreseeable. Nuclear signaling is a key part of Russia’s military strategy and its self-image as a world power. That the Kremlin is now showing signs of implementing its so-called escalate-to-deescalate strategy should come as no surprise to those familiar with Russian doctrine. The West must recognize this for what it is: a form of nuclear blackmail to which the United States and its allies should not capitulate.

For years, Moscow has made nuclear weapons a centerpiece of its military doctrine. In the event of a major war, the Russian Federation has signaled its willingness to threaten a “deescalatory” nuclear attack to achieve its objectives. To that end, Putin has made it clear during crises that he might threaten (or, in extreme cases, execute) an early nonstrategic nuclear strike—hoping to end the confrontation on terms favorable to the Kremlin.

Unlike the United States, Russia has signaled willingness to take this step even if the crisis is of its own making. At the heart of this strategy is Russia’s arsenal of tactical, battlefield-ready nuclear warheads. Even more concerning, these Russian weapons outnumber the United States’ arsenal of similar weapons by a magnitude of almost ten to one.

This level of nuclear posturing has been visible in the past. During the 2014 invasion and illegal annexation of Crimea, Putin bragged that he wanted to remind Russians (and, by extension, the West) that “Russia is one of the leading nuclear powers,” and “it’s best not to mess with us.” Although he never raised the nuclear alert, he later said he’d considered doing so.

Most likely, this heightened state of readiness—just like Putin’s explicit threats in his pre-invasion speech and the recent exercises of Russia’s strategic forces—is designed to deter NATO from direct intervention in Ukraine. Both the United States and the Alliance have shown no desire to enter the conflict directly, and Putin’s statement about a Russian nuclear alert is designed to make sure it stays that way.

Putin issued nuclear threats because he has been surprised by the strength and unity of the US and NATO response and frustrated with Russia’s slower-than-expected military advance. With these nuclear threats, he is trying to sow divisions within the Alliance and get the White House to back off. But Western moves to assist Ukraine have been dramatic. Germany has pledged to increase its defense spending by one hundred billion euros and, despite a previous ban on shipments of arms to an active war zone, Germany has, along with other European Union members, announced weapons shipments. Even Turkey, which had previously shown reluctance to limit Russian movement through the Bosporus and Dardanelles straits, is now willing to close the passages to some Russian warships.

Still, it’s important to take these threats seriously. Typically, Russia’s tactical nuclear warheads are kept in centralized storage and warheads are not deployed on strategic bombers. This enhanced readiness alert could allow Russian forces to take steps such as mating their warheads to their bombers or the short- and medium-range missiles that have already been deployed close to the frontlines (such as the short-range SS-26 ballistic missiles or the medium-range S-400 air defense systems, both of which are dual-capable).

Last week’s alert could also lead to some strategic delivery systems—such as ballistic-missile submarines (SSBNs) or mobile intercontinental ballistic missiles (ICBMs)—being deployed or dispersed. SSBNs, which are nuclear-powered, can be flushed out of port into the open ocean; mobile ICBMs can drive away from their sheltered garrisons and move around Russia’s large landmass. Reports this week of Russian exercises involving submarine and mobile ICBM deployments fit this pattern. Still, these exercises are short of a full mobilization of Russia’s nuclear forces.

Yet despite the incendiary rhetoric from Putin this weekend, Moscow has not shown major indications of moving in this direction. On Monday, a senior US Department of Defense official noted that there have not been any “noticeable muscle movements” that would indicate a heightened combat readiness for Russia’s nuclear forces, and this week’s exercises do not completely change that picture. Though the United States and its allies should continue to carefully monitor such measures, they should see these threats for what they are—part of Putin’s pattern, as White House Press Secretary Jen Psaki said, of “manufacturing threats that don’t exist.”

To be sure, if Putin finds himself in an increasingly desperate wartime situation, he may consider the use of low-yield nuclear weapons on the battlefield in Ukraine to reverse his losses. Washington should begin developing a plan to deter this kind of attack in close consultation with NATO allies.

But, at this early stage of the war, Putin’s nuclear alert is almost certainly an elaborate bluff meant to scare the United States and its allies and partners. They should not give him the satisfaction. Instead, the West should remain resolute in its efforts to support the Ukrainian people in their fight for freedom.

Matthew Kroenig is the deputy director of the Scowcroft Center for Strategy and Security and the author of The Logic of American Nuclear Strategy. He made major contributions to the 2018 Nuclear Posture Review as a special government employee in the Pentagon from 2017-2021.

Mark J. Massa is an assistant director in the Forward Defense practice of the Scowcroft Center for Strategy and Security at the Atlantic Council.

Alyxandra Marine is a project assistant in the Forward Defense practice. 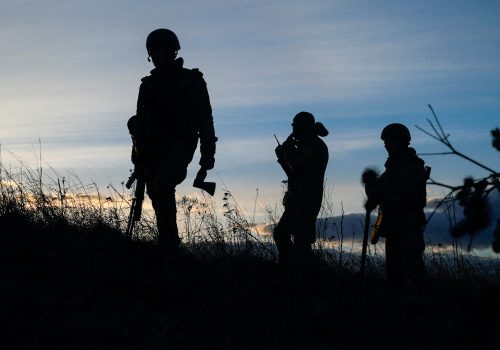 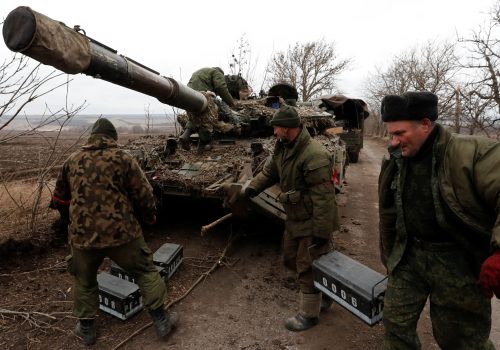 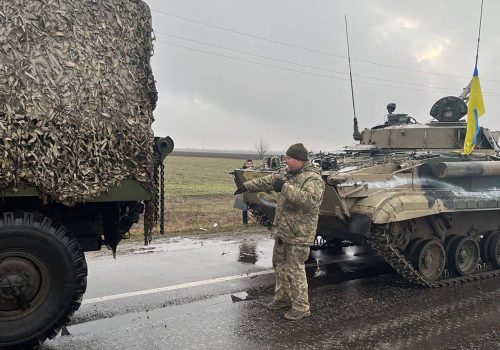