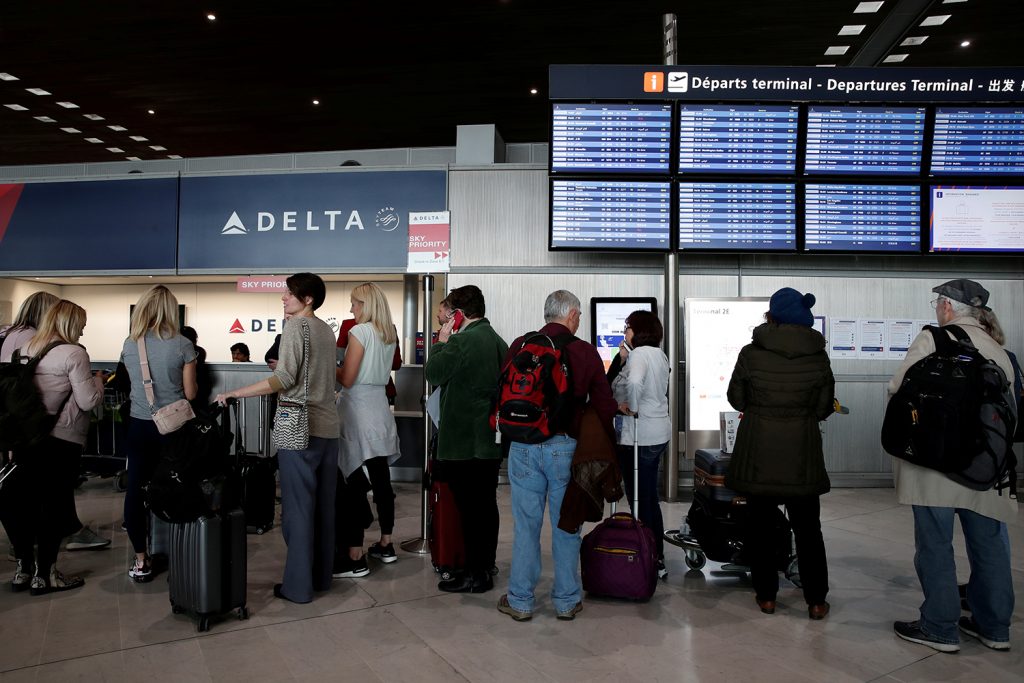 Reports of seven-hour delays to screen arriving travelers from Europe for coronavirus on March 14 make it clear the Department of Homeland Security (DHS) was not given enough resources, including medical personnel, to do a vital job.

The unnecessary delays harmed both homeland security and risked the health of arriving travelers and DHS personnel. Keeping thousands of arriving travelers—an unknown percentage of whom are presumably sick with COVID-19—packed closely together in narrow corridors and waiting rooms for hours increases their risk of catching the virus. Arriving travelers, who are already tired and dehydrated from a six-hour flight, may not have thought to carry enough hand sanitizer and wipes to keep other people’s coughs and sneezes at bay. In some cases, police handed out water and wipes, but it’s clear this was not enough.

Some number of travelers who weren’t infected with COVID-19 when they boarded their flights to the United States have probably picked up the virus now. Without adequate testing, it will be days before it can be known who was affected.

In the fight to flatten the curve of the number of affected Americans—which is vital to ensure that the US health system is not overwhelmed as Italy’s just was—officials need to ensure that steps to protect the American people don’t backfire.

In an infectious disease crisis, screening arriving travelers for fever and other medical conditions has been a part of DHS’s playbook since the department was first established in 2003. In fact, DHS’s predecessors have been doing this for decades. DHS, and particularly Customs and Border Protection (CBP), played a major role in the response to the Ebola outbreak. For the coronavirus, DHS experts would have known in January, if not earlier, to begin urgent planning for the possibility of having to staff the screening of large numbers of incoming travelers at major airports around the country. This would have included lining up medically trained personnel to screen travelers at airports, determining where in the airport those travelers would be screened, and what would be said to those who show a fever or other symptoms of COVID-19.

All signs show that parts of this planning went well, but with one crucial failure: DHS was not given the resources necessary to scale the response to the president’s policy decision announced in his Oval Office speech on the evening of March 11 to screen arriving travelers from Europe.

DHS has advance knowledge of the number of passengers arriving on all flights coming into the United States, knows when those flights take off, and therefore knows when those flights will arrive. Someone must have known how long it takes medical personnel under the new protocol to screen passengers—not the sixty seconds per traveler sometimes cited, but the effective throughput per hour under real-world conditions, accounting for the length of time it takes to deal with people who test positive, and to take accounting of breaks and shift changes. The number of medical screeners at a given airport times the rate gives you a capacity, you know how many arriving travelers need to be screened, and the rest can be modeled on a simple spreadsheet.

Seven-hour delays mean there were not enough resources assigned to medical screening. This may not have been DHS’s decision, but as Illinois Governor J.B. Pritzker tweeted on March 14 at 10:50 pm, customs is a federal jurisdiction, and the responsibility for matching resources to policy is a federal government decision.

If there were serious shortfalls in available resources, this could have been made known to travelers before they boarded their flights to the United States so they could decide whether or when to travel. (US citizens and lawful permanent residents are exempt from the bans on entry.)

DHS and CBP officials like Acting Secretary Chad Wolf and Acting CBP Commissioner Mark Morgan promised an increase in resources to speed up processing times. Additionally, the number of passengers flying will drop precipitously in the next few days as the travel ban causes airlines to cancel many transatlantic flights. By March 16, delays at O’Hare in Chicago were down to thirty minutes.

But this does not mean we should just move on to the next COVID-19 challenge.

In the coming weeks, Congressional committees that have oversight of DHS should look into what went wrong on March 14. There is a larger issue at stake: the need for the Executive Branch to make sure that when DHS is called on to act in an emergency, it has the ability to match resources to national policy.

The seven-hour waits for screening at airports was a temporary problem, but it was certainly a foreseeable one. This leads to an important and urgent point: DHS will be called on in the weeks and months ahead to take other measures to protect the health of the American people and those who visit here. More attention needs to be given to making sure the next time DHS can get the resources it needs to help keep the American people safe.

Image: People line up at the Delta Air Lines ticketing desk inside Terminal 2E at Paris Charles de Gaulle airport in Roissy, after the U.S. banned travel from Europe, as France grapples with an outbreak of coronavirus disease (COVID-19), March 12, 2020. REUTERS/Benoit Tessier/File Photo