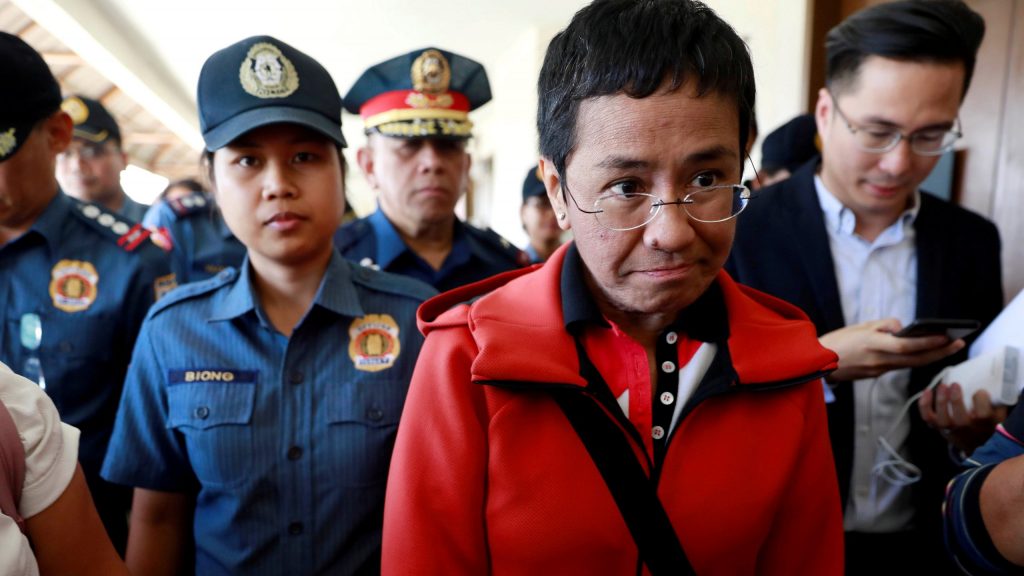 Maria Ressa of the Philippines was one of two journalists recognized by the Norwegian Nobel Committee on Friday for their “efforts to safeguard freedom of expression.”

Before Friday’s historic moment, Ressa appeared at the Atlantic Council on numerous occasions to share her thoughts about journalism in the age of disinformation and new-age dictatorship.

No truth, no trust

In June, Ressa waxed poetic at the Digital Forensic Research Lab’s 360/Open Summit about whether social media platforms are really public squares. She described them more as “a behavior modification system” because the “lies laced with anger and hate” spread across those platforms do so much faster than factual information.

Last year, DFRLab Director Graham Brookie talked to Ressa about her role in a documentary called A Thousand Cuts, which follows Rappler’s reporting on the Duterte government and its use of disinformation.

She discussed, among other things, the difficulty of standing strong amid the regime’s crusade against journalists and fact-based reporting:

I’m having to do things that I would never have done as a journalist, which is to be far more activist when … you’re trying to protect the facts.

At a 360/OS event in 2018, Ressa gave a presentation breaking down the ways in which disinformation and hate speech has spread like wildfire across the Philippines.

In detailing the characteristics of “patriotic trolling” in the Philippines, she illustrated how the local situation connects to a greater global phenomenon.

The dangers of echoing Russian disinformation on Ukraine

How to spot the latest trends in digital disinformation