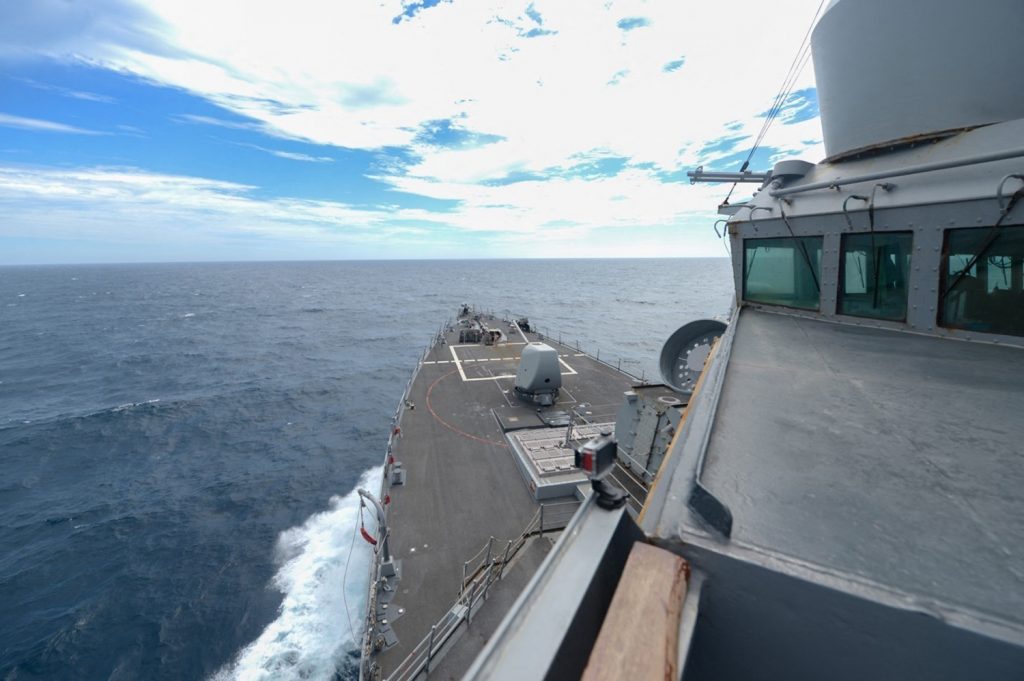 The risk of conflict between China and the United States in the Taiwan Strait is rising.

Since Tsai Ing-wen of the independence-leaning Democratic Progressive Party was elected Taiwan’s president in 2016, the Chinese Communist Party has ramped up military provocations against the island, which it lays claim to but has never governed. Beijing now sends warplanes into Taiwan’s air defense identification zone on a regular basis. And this year, for the first time, the Council on Foreign Relations ranked the potential for a severe crisis involving China and the United States over Taiwan as a tier-one risk in its Preventive Priorities Survey, which tracks the most dangerous geopolitical flashpoints around the world.

Such a conflict would have severe repercussions for the European Union (EU), which in 2016 committed to “use every available channel to encourage initiatives aimed at promoting dialogue, cooperation and confidence-building between the two sides of the Taiwan Strait.” It’s a laudable aspiration. But so far, little has been done to fulfill it.

As the EU Global Strategy put it, there is a “direct connection between European prosperity and Asian security.” A military conflict between China and the United States in the Taiwan Strait would likely wreak economic havoc on the scale of the 2008 financial crisis, which inflicted a great deal of damage on the European Union. It would disrupt trade and supply chains with China, which is Europe’s largest trading partner, having recently overtaken the United States. Washington would also inevitably place trade sanctions on Beijing and ask Brussels to get behind these, creating further economic trouble for Europe.

The consequences for Europe of a conflict in the Taiwan Strait would extend well beyond the economic realm. Regardless of the outcome, it would likely turn the attention of US defense planners decisively toward the Indo-Pacific, cementing the “pivot to Asia” initiated by the Obama administration. The result could be a United States that pays much less attention to—and increasingly withdraws from—Europe.

If such a shift were to occur, European security could suffer. Were US withdrawal from the region to come in the form of a reduced leadership role in NATO, the Alliance would weaken. Russia’s relative power would likely increase, potentially shifting the balance of power on the continent. European countries—already struggling to increase their defense budgets to 2 percent of GDP—would have to take much more responsibility for their own security.

Of course, in the event of a conflict in the Taiwan Strait, the United States could also choose not to defend Taiwan against China, averting a conflict between great powers. Even in that scenario, however, Europe would still feel the impact of that inaction. Washington’s commitment to Taipei isn’t as strong as a formal defense guarantee, but it’s not much weaker either. A decision by the United States to back down in response to Chinese aggression could damage the credibility of US defense guarantees and signal that Washington’s will to defend its allies is weak.

This could in turn send the message to Moscow that the United States wouldn’t get involved militarily in the event of, say, a conflict in the Baltics. The consequence could be a more assertive and aggressive Russia—a potential military threat to the European Union. In Asia, US adversaries such as China and North Korea could also be emboldened. US allies Japan and South Korea could grow loath to rely on Washington for their defense, potentially forcing them into destabilizing arms races with Beijing and/or Pyongyang. Any resulting tensions or conflicts would increase geopolitical insecurity, which could negatively impact global stock markets and disrupt trade and supply chains.

And yet despite all these incentives, Brussels isn’t doing much at the moment to preserve the status quo in the Taiwan Strait. Granted, the European Parliament has issued resolutions about China’s increasingly provocative behavior toward Taiwan and European officials have urged China and Taiwan to avoid further inflaming the situation. But more can be done. Several EU member states, including Sweden, possess world-class expertise in conflict resolution. Brussels should leverage that advantage and launch a high-profile push for dialogue between China and Taiwan.

Taipei has signaled willingness to engage in discussions with Beijing, which could dovetail with conflict-resolution efforts by the EU. China, however, is unlikely to bite. The Chinese government insists that the Taiwan question is an internal affair. Foreigners, China’s leaders assert, are not to “interfere.”

European leaders should still press for dialogue on the off chance their Chinese counterparts come to see taking an exit from escalating tensions with Taiwan as in their own interests. But if China instead persists with its provocative behavior, Europe ought to consider alternate means of promoting stability in the Taiwan Strait.

Brussels can best do this by conveying to Beijing that the costs of aggression toward Taiwan would be high enough to make that aggression unacceptable. While the risk of US military intervention will remain the prime deterrent for Beijing, Brussels has its own comparative advantages in seeking to prevent a conflict over Taiwan. The European Union is China’s largest trade partner. Jointly, its 27 member states have enormous diplomatic clout. The EU could make clear that it would respond to Chinese aggression against Taiwan with economic and diplomatic sanctions. This could substantially bolster the deterrence that the United States already provides for Taiwan, especially if coordinated with Washington.

Such moves would likely anger China. But the costs of a conflict in the Taiwan Strait would be incalculably greater than those incurred by putting Beijing on notice. It’s time for the EU to start acting in line with this indisputable reality.

Philip Anstrén is on a Taiwan Fellowship, funded by the Taiwanese Ministry of Foreign Affairs, at National Chengchi University in Taiwan.

While China is currently providing its neighbors with critical economic lifelines, many in the Asia-Pacific are still looking for alternatives. China’s continued economic power means that any decoupling will carry a cost, as Taiwan is beginning to experience in the Huawei dispute.