As Russian President Vladimir Putin confronts a series of humiliating battlefield setbacks since his February 24 invasion of Ukraine, and amid an increased flow of Western arms into the country, the risk of escalation remains all too real.

So we asked some of our top experts to answer three burning questions about a scenario that has alarmed many analysts watching this war unfold: the Kremlin following through on its threats and using nuclear weapons in the conflict. They weighed in on the chances of Putin taking the fateful step, how he might do it, and how the West would likely respond.

#1: What’s the likelihood that Vladimir Putin uses nuclear weapons in the course of the war in Ukraine?

Putin is more likely than not to use nuclear weapons in the war in Ukraine if he faces devastating defeat. If Putin perceives an existential threat to his regime, then he will be compelled to prevent that outcome—even if that requires taking risky escalatory steps. Nuclear weapons are the ultimate tools of last resort; any rational leader would consider using them if his or her regime (or life) were on the line.

—Keir Lieber is a nonresident senior fellow in the Forward Defense practice of the Atlantic Council’s Scowcroft Center for Strategy and Security.

—Daryl Press is an associate professor of government at Dartmouth College.

Putin presumably expects his threats will induce NATO to abandon Ukraine. However, if he believes he is facing defeat or a costly stalemate—or has a chance of success through sharp escalation—there is some non-zero (perhaps a worryingly high 1 or 2 percent) risk he will carry out his threats. Even a small risk is deeply dangerous, and he should recognize the risk of starting a nuclear war, so deterring him is the most desirable outcome. Accordingly, NATO should say clearly that any nuclear attack by Russia would meet with a response potentially including nuclear weapons.

—Walter Slocombe is a board director at the Atlantic Council and a former US under secretary of defense for policy.

In my view, the probability is very low—not zero, but less than 5 percent. Putin’s nuclear saber-rattling has been aimed at deterring the United States and its allies from escalating their involvement in the war and introducing advanced military capabilities that could give Ukrainian forces a decisive advantage. If Russian forces suffered another humiliating defeat in the campaign to control [the southeastern Ukrainian region of] Donbas, Putin could be pressed by hardliners to deliver on his nuclear threats; but he is unlikely to do so, since this would only galvanize a harsh US and allied response without providing any significant military advantage. Even in the wake of a major military setback, Putin would not likely run the risk of uncontrolled escalation by being the first to break the nuclear taboo. He is more likely to escalate conventional attacks on Ukrainian civilians and infrastructure, as well as against allied [weapons] resupply operations.

—Alexander Vershbow is a distinguished fellow at the Council’s Scowcroft and Eurasia centers, served as US ambassador to Russia from 2001 to 2005, and was deputy secretary general of NATO from 2012 to 2016.

The likelihood is very low. Nuclear deterrence works in peacetime, and it has worked to prevent the use of such weapons in past crises and confrontations (such as in Cuba, on the Korean peninsula, and in Vietnam).

—Jan Lodal is a distinguished fellow at the Scowcroft Center and was president of the Atlantic Council from 2005 to 2006.

#2: If Putin were to use nuclear weapons in the conflict, what’s the most likely way he would do so?

The goal of nuclear escalation would be to send the message that Russia will not accept a devastating defeat and, accordingly, that the United States and its allies need to back off. Since the goal would be coercion, Putin would seek to create fear instead of rage. Thus, nuclear weapons would be used in Ukraine rather than on NATO territory, and they would be used against military, not civilian, targets. We would also expect Russia to seek some military advantage out of nuclear use (though this would be of secondary importance), so any attack would likely involve detonating half a dozen low-yield air bursts (in order to minimize fallout) against well-entrenched Ukrainian military positions.

Putin’s motive would not be military in nature, but rather intimidation. He might begin with the ostentatious movement of nuclear forces, such as sending weapons to Russia’s Baltic enclave of Kaliningrad. He could order a “demonstration” or possibly a detonation at a Russian test range. For an actual attack, he might target a facility in Ukraine (or conceivably in Poland) associated with Western supply of arms.

While unlikely, it is not inconceivable that Putin could decide to use nuclear weapons to stave off defeat. In that scenario, I would expect him to limit his initial use to a demonstration strike using a low-yield tactical nuclear weapon against a Ukrainian military target in order to minimize the scale of civilian casualties (and to discourage a US/NATO response in kind). He may hope that just by crossing the nuclear threshold, he would so shock Ukraine and its Western backers—and so terrify allied publics—that they would back down rather than risk further escalation.

The sequence would look like this: Putin would first create a “provocation,” then hit a high-value target such as Kyiv in hopes of getting Ukraine to accept “peace at any cost.” However, he would also seek to avoid any potential spillover (such as radiation) into any NATO state.

#3: Should Putin use nuclear weapons in the war, what are the most likely ways the United States and its allies would respond?

If Putin uses nuclear weapons, the United States and its allies would face only grim options. Launching a disarming conventional or nuclear attack in response would be insane, since it would risk massive retaliation (and perhaps the end of civilization). Engaging in an escalatory tit-for-tat would be foolish because Putin has much more at stake—his regime’s survival, and perhaps even his life—than the West does. Tightening sanctions would merely increase the risk to Putin’s regime, which would fuel incentives for further nuclear escalation. The only wise response to Putin’s nuclear use in Ukraine would be to negotiate some kind of resolution in which all parties could declare Potemkin victories. If that is the chosen path, it makes far more sense now to dial down US rhetoric about regime change or decisive victory and, instead, find a solution before nuclear weapons are used.

Assuming the United States, NATO, and Ukraine could agree on any action, there are several possibilities. If the Russian attack caused little damage, NATO might first try to issue an ultimatum with the aim of reaching a settlement on the Alliance’s and Ukraine’s terms. But if Putin had convinced himself that there was no other option but to strike, he would be unlikely to acquiesce to any allied proposals for such a settlement. Similarly, a non-nuclear military response (for example, conventional strikes on military bases and infrastructure in Russian territory that are supporting the invasion) would probably not be decisive and would appear inadequate to many—in addition to carrying its own risks of escalation.

That leaves the option, for which NATO forces are fully adequate, of a strike tailored to the scale and character of the Russian one. Some would understandably argue that continuing to defend Ukraine is simply not worth risking a nuclear escalation. But while it is easy to see the risks of a nuclear counterstrike, there are also serious implications of not doing it: The absence of a US nuclear response would gravely weaken the credibility among both friends and adversaries of the entire strategy of deterring nuclear attack through the prospect of US nuclear retaliation. This, in turn, would make a bigger war more likely. May we never need to face the choice.

If Putin resorted to the use of nuclear weapons, the United States and its allies would need to respond quickly and decisively to ensure that Putin paid a heavy price for crossing the nuclear threshold. An initial response, calibrated to reduce the risks of escalation, could involve a major strike with conventional weapons against high-value Russian military targets involved in the war against Ukraine (such as the Black Sea Fleet). But the United States and its allies should maintain ambiguity in their declaratory policy as to whether they would respond in kind, rather than using only conventional forces. Such ambiguity regarding the nature and scope of the response would be more effective in deterring Putin from using nuclear weapons in the first place. Allies should consult now on possible response options so that they are not paralyzed with indecision when crunch time comes.

The United States and its allies should deploy conventional weapons to quickly defeat Putin’s military in Ukraine and make clear that his use of nuclear weapons achieved nothing but defeat. In addition to providing an even higher level of military support, Ukraine’s Western partners would deploy naval forces to the Black Sea to destroy all Russian ships as well as Russia’s bridge to Crimea (a thirty-day mission); give Ukraine air superiority using Patriot missiles and, if necessary, US advanced jet fighters; and station US and allied intelligence, logistics, and humanitarian support units inside Ukraine. 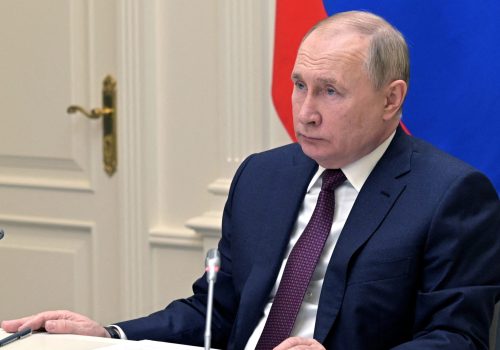 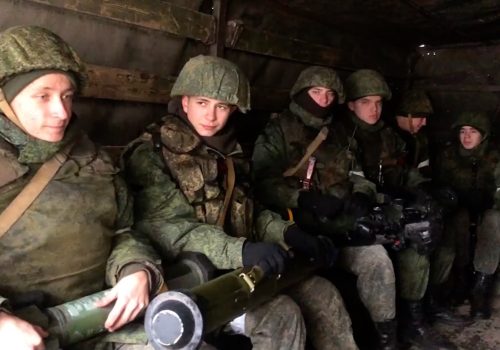 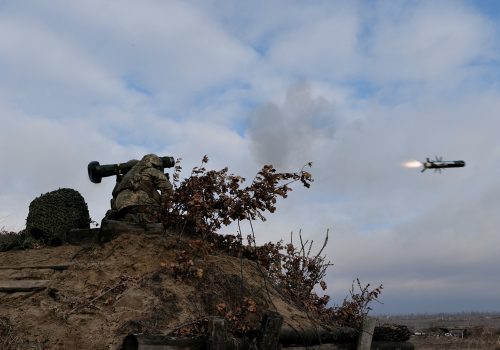