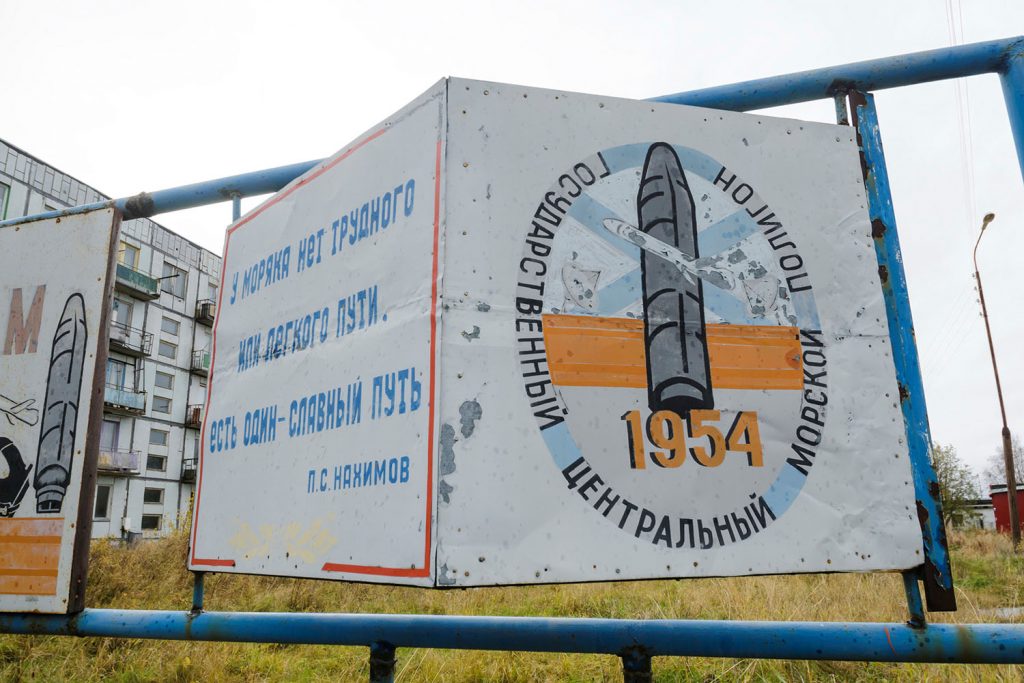 On August 8 there was a massive explosion at a Russian nuclear testing site near the village of Nyonoksa on the coast of the North sea—less than three hundred miles from the Finnish border. The blast killed at least seven people and injured at least fifteen more. Months later, the international community is still looking for answers on what exactly happened and how it put residents of other nations at risk. Rather than helping, however, Moscow may be actively withholding information from nuclear watchdogs.

In the absence of information from the Russian government, the international community spent months in confusion over what caused the explosion and the accompanying radiation spike. The US State Department finally concluded on October 12 that the radiation explosion came from a Russian effort to recover the in-development nuclear-powered Burevestnik cruise missile—designated by NATO as “Skyfall”—after a failed test left the missile sitting on the floor of the White Sea for over a year. Three US State Department officials were removed from a train and detained by Russian authorities en route to Nyonoksa on October 14.

More troubling still, on August 10, two Russian government-operated radiation monitoring stations, Dubna and Kirov, stopped transmitting their readings to the international Comprehensive Nuclear-Test Ban Treaty Organization (CTBTO). More of these monitoring stations in Russia shut down in the subsequent days, but have since come back online, with the exception of Dubna and Kirov. As an Atlantic Council Digital Forensic Research Lab investigation found, the Russian government issued numerous false, misleading, conflicting, and incomplete statements regarding the explosion.

Disinformation aside, the potential deactivation of nuclear monitoring stations to stem the flow of data is particularly disconcerting. These types of stations are operated by host countries but form a global network used by the CTBTO to ensure that nations are in compliance with the ban on nuclear weapons testing. Perhaps there were indeed some kind of communications or network issues, but Daryl Kimball, the executive director of the Arms Control Association, described the deactivation as “a curious coincidence.” In the absence of information from the Russian government, the CTBTO published a dispersion model based on the hypothetical spread of radioactive particles, with the model showing the potential spread reaching as far as China and Turkey.

Kimball and others have said that Russian tampering with these monitoring sites would be a serious violation, but a futile one: “There is no point in what Russia seems to have tried to do,” said Jeffrey Lewis, the director of the East Asia Nonproliferation Program at the Middlebury Institute in California. “The network of international sensors is too dense for one country withholding data to hide an event.”

It is entirely possible that this accident poses no substantial radioactive risk to the global community. But if Russia doesn’t release adequate technical details and explain what kind of accident happened, experts can’t adequately assess the threat to public safety or the nature of the fallout. And with little information, many locals panicked anddrained the supply of iodine. By obscuring events and disabling monitoring stations, the Russian government has further undermined the trust of the global community. These actions are worrisome and must be addressed in future negotiations and treaties.

When Japan’s Fukushima Daiichi nuclear power plant was crippled by a tsunami, the world feared it was about to face another crisis with the potential damage of Chernobyl. Critically though, the Japanese government quickly and clearly explained to its own people and the international community what was happening, leading to a more effective response.

This type of openness—admitting that something has gone wrong—runs the risk of de-legitimizing a government and embarrassing it to the world—but it can be critical in mitigating harm. Sadly, this again recalls the Chernobyl nuclear accident, when Soviet officials held back vital information. In contrast, Japanese authorities facing Fukushima moved quickly to evacuate locals and to keep contaminated food out of stores. The Japanese government also looped in the global community. While some may have seen asking for help as a sign that the Japanese could not handle the crisis themselves, this proved worthwhile when, two weeks into the crisis, the United States Navy rushed to deliver fresh water to replace corrosive saltwater being used to cool the reactor. The drive for transparency was so great that when TEPCO, the private energy company responsible for the Fukushima plant, was accused of withholding information, a spokesperson for the Japanese government admonished the company and “strongly urge[d] TEPCO to provide information” more promptly.

The crisis at Fukushima Daiichi is still regarded as the second-worst nuclear accident in human history, but the willingness to be open about something going wrong and what is needed to mitigate any fallout proved essential in limiting the scale of the damage.

Unfortunately, not every country is as forthcoming during crisis. To ensure safety for both local and international populations facing incidents like Russia’s Nyonoksa nuclear missile accident, international monitors from non-government organizations such as the CTBTO should be stationed in these nuclear-test monitoring facilities to ensure that they can’t be disabled or tampered with—regardless of which country these facilities are in. Self-policing is an inherent conflict-of-interest, and transparency across the board can help reassure the global community regulations are being followed and that nuclear accidents are being reported. Local populations in particular are the most vulnerable to radiation accidents, and the kind of panic that led residents near Nyonoksa to drain a city’s iodine supply is unnecessary.

The Intermediate-Range Nuclear Forces treaty, which was allowed to lapse this year, presents another potential opportunity to rectify these worries. Arms control experts have called for this treaty to be renewed, and provisions for independent monitors should be included to ensure compliance and transparency.

Trust in the sometimes-anarchic international system can be difficult to come by and takes decades to build. Particularly at a moment when the risk of nuclear war is higher than it has ever been, purposeful misinformation and obfuscation of the truth puts the world at risk of dangerous miscalculation from policy makers, and the Russian government’s response to its most recent nuclear accident does not inspire confidence.

Doug Klain is an intern in the Atlantic Council’s Eurasia Center.

Richard Stengel on disinformation and the threat to democracy

Disinformation—both foreign and domestic—is a catalytic harm that acts to magnify existing societal vulnerabilities. Forging digital resilience is an urgent priority—because, as Stengel said, disinformation is “an attack on our very democracy. And Americans need to be aware of it.”

Muddied signals, weak sanctions, and uncertain rollout are no way to respond to Putin’s continuing misdeeds.

While this year’s most intense fires have captured national attention as the largest, most destructive, and deadliest in California history, the total number of fires occurring annually in the United States has actually declined gradually in recent decades.

Image: A view shows a board on a street of the military garrison located near the village of Nyonoksa in Arkhangelsk Region, Russia October 7, 2018. The board reads: "State Central Naval Range". Picture taken October 7, 2018. REUTERS/Sergei Yakovlev