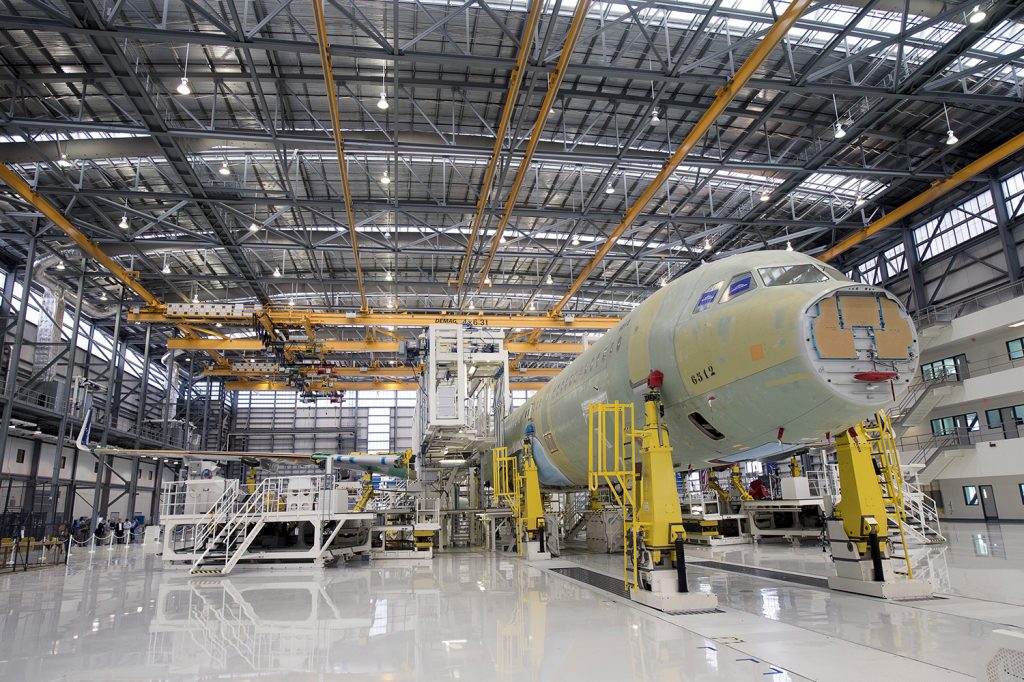 The transatlantic trade battle is poised to intensify. The world’s most important trading body authorized the United States on October 2 to impose new tariffs on $7.5 billion worth of goods from the European Union to compensate for unfair subsidies given to European aerospace company Airbus. The decision by the World Trade Organization (WTO) could further deepen trading tensions between the two largest economies in the world at a time when investors and economists are increasingly worried about a global economic slowdown.

The October 2 announcement by the WTO’s arbitrator followed a May 14 ruling that European countries had illegally provided Airbus with subsidies to help it overcome competition with US aerospace company Boeing. A reciprocal ruling on US subsidies to Boeing is due in a few months.

Before the WTO announcement, US Trade Representative Robert Lighthizer had promised to impose tariffs on European products such as aircraft and cheese “immediately” after the ruling, and US President Donald J. Trump had originally threatened tariffs on $11 billion of EU goods. The WTO’s authorization for tariffs on $7.5 billion, however, is a record for tariffs allowed by the organization.

The Trump administration has sharply criticized the WTO, including for perceived unfairness in its appeals and dispute resolution processes, which has led Washington to block new appointments to the WTO’s appellate body. The fact that it took the WTO fifteen years to make a decision on the Airbus subsidies “further underlines the criticism and call for reform by the US administration,” according to Atlantic Council nonresident senior fellow Marie Kasperek. But, the ruling in favor for the United States may “restore some much-needed faith in the system at a time when its appellate body might cease to function in ten weeks due to the US blockage of new appointments,” Kasperek added.

Should the United States follow through on its vow to slap tariffs on Europe, “the EU will most likely retaliate with tariffs on the United States for its subsidies of Boeing,” according to Atlantic Council nonresident senior fellow Hung Tran. European Union Trade Commissioner Cecilia Malmström promised that “if the US decides to impose WTO authorized countermeasures, it will be pushing the EU into a situation where we will have no other option than to do the same.” Barbara Matthews, an Atlantic Council nonresident senior fellow, cautioned that “it is critically important to distinguish between tariff increases permitted through the multilateral WTO judicial process and unilateral action,” which could result if the United States or Europe decides to go above and beyond the tariffs the WTO is allowing.

Malmström maintained that Europe is open to a broader settlement on both sides’ subsidies to their aircraft manufacturers in an attempt to avoid further escalation of the burgeoning transatlantic trade war. The United States and the European Union have thus far failed to reach a new free trade agreement since European Commission President Jean Claude Juncker met with Trump in Washington last July. Frustrations with the slow pace of talks has led many to fear that the Trump administration would reverse its promise not to level new tariffs on European car and car parts while negotiations were ongoing.

While the WTO is likely to approve tariff measures over the Boeing issue in addition to the ones penalizing the Airbus subsidies, Tran warned that both potential tariff moves “will heighten tension ahead of the likely US tariffs on cars and car parts—expected around November 13—deepening the already damaging trade war.” Matthews said that “auto sector tariffs isolated to the bilateral EU relationship will indeed deepen tensions but arguably are inevitable under WTO rules.” She noted that Washington could also “ease tariffs regarding automobile and automobile parts imported from Japan. An easing of Japanese auto sector tariffs alongside increased European tariffs would signal a strategic shift in trade policy priorities which would be very negative for transatlantic relations.”

Antonio de Lecea, an Atlantic Council nonresident senior fellow, suggested that just because the WTO allowed retaliatory tariffs, does not mean either side should use them. “Engaging in serious negotiations to solve the problem on both sides is much more sensible than going for immediate tariffs and triggering a tit-for tat,” he argued. This is especially true for the United States, de Lecea continued, as new tariffs on Europe would cause “pain to the US economy where a significant share of Airbus supplies and jobs are located.”

Concerns about slowing global economic growth and the potential for new tariffs after the WTO’s ruling pushed the Dow Jones Industrial Average more than 500 points lower by midday on October 2. Room for compromise and negotiated solution remains, but with potential economic headwinds on the horizon, there is substantial fear that the ongoing transatlantic conflict could make things even worse for the world’s two top economic heavyweights.

While the United States thinks it can create better economic outcomes by forcing concessions out of Europe, this new action will only continue the lose-lose spiral of threats gripping the transatlantic trade relationship.

After China, will the EU be the next target of Trump’s tariffs?

Trump’s focus could next shift to a different front: a May 18 deadline to decide on how to react to a US Commerce Department report — a decision that could result in tariffs on imported cars and car parts.