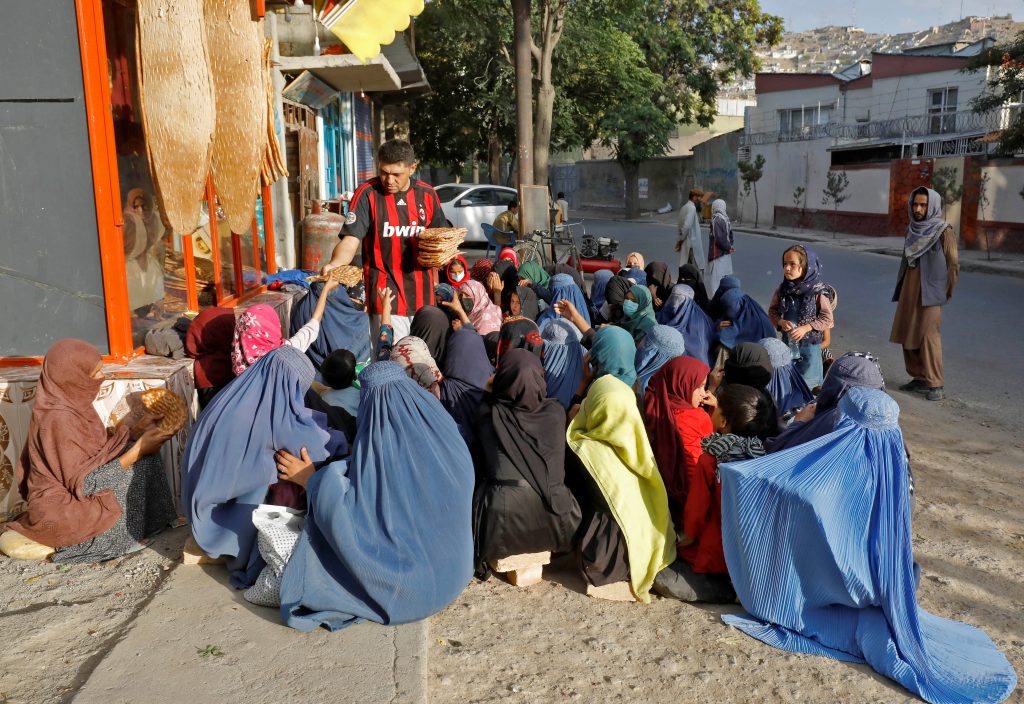 Afghans are rightly concerned with the current engagement strategy of the international community—intermittently led by the United States—with senior Taliban leaders. Critics of the policy point to the inadvisable precedent of working with designated terrorists who control a country without legitimacy or mandate, jailing and disappearing protesters and reporters. Even those critics acknowledge, however, that some form of engagement is important to ensure that Afghanistan’s people are not forgotten and can sustainably recover from the economic shocks of drought, COVID-19, and lost international assistance associated with the NATO presence.

The situation there requires attention, no matter how many other global crises exist.

With respect to the humanitarian needs of the population, the International Committee of the Red Cross (ICRC) issued a sobering November statement: nearly seven hundred thousand people have lost their jobs since the Taliban’s takeover of Afghanistan; 90 percent of those employed in Afghanistan earn less than the equivalent of $1.9 per day; and orphaned children and widows have been among the most vulnerable Afghan groups, often going without even one meal per day. According to the ICRC, about twenty million people in Afghanistan lack access to nutritious food, and more than twenty-four million people are in desperate need of humanitarian assistance. The human rights environment is equally disastrous, with women barred from secondary schools, most employment, free movement, and most public services, while women and men who speak out against the regime are summarily arrested and in some cases executed, according to reputable human rights reports. Regional states—even those which previously supported the Taliban—have expressed increasing worry that terrorist groups are becoming more entrenched in Afghanistan and could export further instability.

The international community should take an “inclusive engagement” approach, rather than one that relies mostly on meeting with morally compromised Taliban leaders, to try to persuade them to rule according to international human rights norms. On balancing the scale of engagement that is currently tilted in favor of the Taliban, there are more options than either ignoring the opposition or getting in bed with the next insurgency, 1980’s style. An approach espoused by an Afghan visiting scholar at the University of Notre Dame (and recently articulated by the president of the European Parliament) is to work with the “people of Afghanistan, not its rulers.”

Inclusive engagement could involve talking to multiple, smaller Afghan groups that cross traditional ethnic or regional lines, with a focus not on who will eventually take power but on how to preserve basic human rights and freedoms today. Now is not the time to “pick the winner” or rely on former political parties. Emerging leaders can be found among the new diaspora, longtime exiles, former Afghan diplomats who still have convening power and the respect of their international colleagues, peace groups inside the country, private sector, and the non-Taliban religious and tribal hierarchy.

Over the past year, in a series of meetings in the United Nations (UN) Security Council, General Assembly, and Human Rights Commission, the international community has articulated its positions on human rights and concerns about terrorism. We must stick to those redlines as firmly as the Taliban stick to theirs. A new overall international approach is urgently needed and should start, at long last, with a handover from failed US primacy. The United States should make it clear to the Taliban that there no longer exists a separate bilateral channel or agenda above a technical level and formally abrogate the deeply flawed 2020 Doha Agreement between the United States and the Taliban. Since it now has the most at risk geographically—given the increasing flow of drugs and migrants from South Asia in Europe—the European Union (EU) should take on the role of senior partner in the so-called “Western” effort. It is time to give the UN Assistance Mission in Afghanistan, UNAMA, the political clout to implement explicit transparency and fairness conditionalities on humanitarian aid distribution, and to get results from its human rights interventions such as calling for the release of detained women protesters.

There should be deliberate speed to determine which Afghan voices speak for everyone else, while Afghans determine a mechanism for recognizing new leaders. There are international civil society organizations such as Freedom House who are engaged with groups in Afghanistan to monitor the civic space, while other efforts are underway by the EU. Given the human rights and democracy issues at stake, the US Under Secretary of State for Civilian Security, Democracy, and Human Rights should be the US lead, along with other senior international officials, to meet publicly with all these groups—a higher rank than those who meet with the Taliban, serving as a significant reminder to the Taliban that other Afghans have international legitimacy.

Some would argue that we must accept the Taliban as the government, a quasi-legitimate force that bested the corrupt former government. This is arguably the easiest way to deliver both humanitarian assistance and development aid, and there is even the quixotic idea that they can deliver counter-terrorism help against mutual enemies. But while their hold on power is clear for now, the Taliban are not the only interlocutors who will matter over time, given Afghanistan’s difficult history and human terrain, their governing incompetence, and the existence of sporadic armed resistance groups and emerging or still-respected non-Taliban Afghan leaders. Working only with the Taliban would be just one more historical example of short-circuiting Afghan representation, and an elite bargain with them would end like other such agreements: in civil unrest, the growth of warlordism, and more Afghan migration. And, funding to help Afghans cannot exist without buy-in from Western donors, who are going to tire of funding a regime that proudly defies human rights and counter-terrorism norms at the same time its drug profits are skyrocketing.

This international “inclusive engagement” strategy needs to be both clear and well-broadcast, with logical carrot and stick applications. Ending pernicious human rights abuses and allowing others a voice in government is the only route to political recognition; sanctions relief must reflect improvement in the conditions which brought on the sanctions in the first place—supporting terrorism; and aid requires full commitment to international controls on international funds and a guarantee that the Taliban will use its own revenues to bring food and employment to starving Afghans. Once this strategy is in motion and well understood, we must remain patient. Afghanistan’s situation presents a wicked dilemma which the United States helped create, and there is no shortcut to a solution.

A myriad of US national security policies, from promoting democracy, preventing atrocities, balancing China and Russia in Central Asia, countering terrorism and narcotics, and more, require us to remain engaged in and with the totality of Afghanistan.

Annie Pforzheimer, a Senior Non-resident Associate at the Center for Strategic and International Studies, was Deputy Chief of Mission at the U.S. Embassy in Kabul and Acting Deputy Assistant Secretary of State for Afghanistan from 2017-2019.

The countries involved in the 2022 Moscow Format Consultations on Afghanistan have yet to address, let alone resolve, fundamental issues related to regional security and a political settlement for Afghanistan.

The lionesses of Kabul & Tehran in Khorasan

Afghan and Iranian women continue to be denied their basic human rights, and this shared struggle is built on an overlapping Iranian-Afghan history and civilizational space known as the Iranian plateau.

Image: An Afghan girl receives a loaf of bread in front of a bakery among the crowd in Kabul, Afghanistan, August 5, 2022. REUTERS/Ali Khara