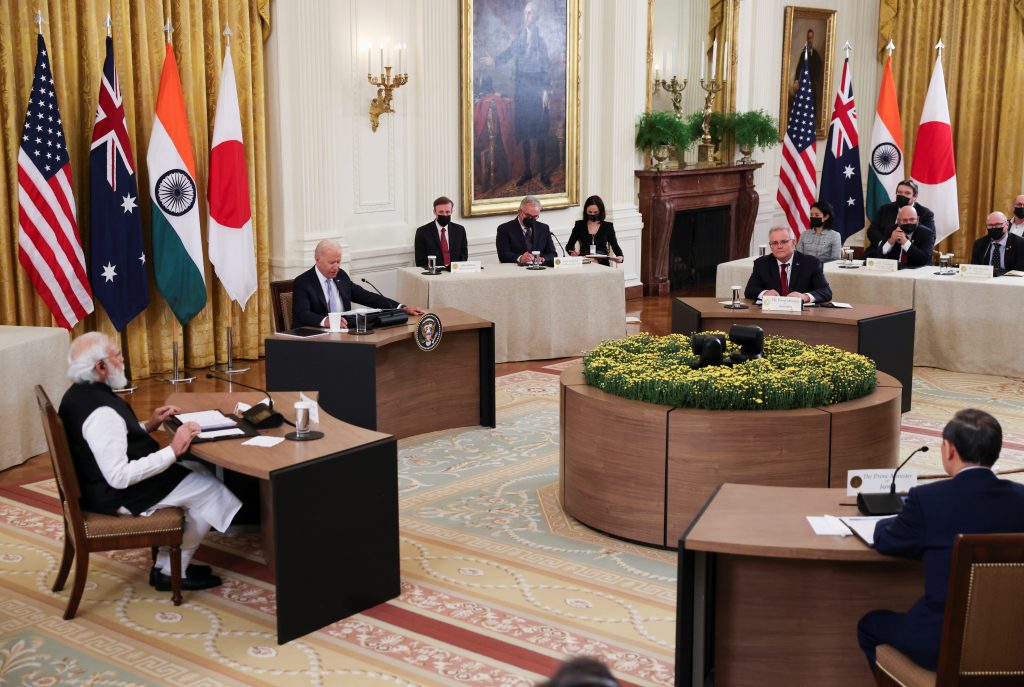 Introduced during Biden’s first Asian tour in Japan earlier this week, the Indo-Pacific Framework, or IPEF, is a US-led framework for an economic partnership between members of the Quad along with  Brunei, Indonesia,  Malaysia, Philippines, Singapore, Thailand, Vietnam, South Korea, and New Zealand. The framework is a means for the countries to solidify their relationship and engage in economic and trade matters concerning the Indo-Pacific region. The IPEF comes five years after the US withdrawal from the Trans-Pacific Partnership and is seen as a means to counter China’s dominance in the region and reassert American influence.

The Indo-Pacific Economic Framework announced at the QUAD meeting in Japan also includes Korea and eight other like-minded Asian nations and excludes China. It makes an important start on investment and technology development for energy. While it’s not a free trade agreement it opens the door for further areas of collaboration.

At the moment QUAD countries are more dependent on China than with each other and the IPEF could be a useful way of examining how to friend-shore supply chains for greater resilience and mutual benefit to each other. It sends an important signal in the Indo-Pacific region that trade and investment will be an important pillar of cooperation.

The launch of the Indo-Pacific Economic Framework (IPEF), led by the United States under the Biden administration and including thirteen other countries, is welcome and offers some interesting potential as outcomes are negotiated over the next two years. However, despite some of the hyperbole coming from some officials in the Biden administration, it falls short of the potential scope of a free trade agreement (FTA). An FTA would cover market access, wide-ranging rules for related trade and regulatory approaches, and cooperation initiatives. IPEF appears to cover only the second and third of those pillars, explicitly leaving out market access. There is no reason an FTA could not cover some of the likely groundbreaking elements of IPEF, such as resilient supply chains, decarbonization, and infrastructure, as well as areas like digital trade, labor, environment, good regulatory practices, and trade facilitation, all of which have been included in past FTAs.

So it’s important to put the official rhetoric in perspective and hope that the United States can be cured of its allergies to FTAs soon after the mid-term elections. The United States has far more to gain in preferential trade and effective partnership with allies to counter China through an Indo-Pacific FTA than through IPEF. That said, the line-up of countries is impressive, particularly in including the most important members of ASEAN and India. There will be an interesting kabuki dance that develops over how far India’s participation goes. For example, insiders are well aware that India could tank a meaningful digital agreement if it were to seek to join that effort.

The recent announcement of the Indo-Pacific Economic Framework constitutes a cautious step in the direction of regional integration and resilient supply linkages. IPEF contributes to a critical message that the United States understands the significance of pro-active economic engagement in the world’s most dynamic region. Over time, it may form part of a cogent alternative to China’s state-backed model. The Framework’s unfamiliar ambitions, however, underscore the fractured consensus on trade policy in the United States and help explain Asia’s lukewarm response to the roll-out.

US-China contention, the pandemic, and war in Europe all point to the importance of IPEF’s supply chain pillar. High-quality standards on infrastructure and, in particular, the prospect of financing green energy solutions in developing Asian countries, is welcomed. And progress on corruption and tax evasion could help rebuild people’s confidence in international commerce.

What is missing is a US commitment to market access. Reciprocal agreements to reduce tariffs lack sufficient congressional backing, and multilateral trade agreements have become verboten in the current political climate. The administration plans to offer other, less visible carrots to participants to allow them to benefit from US prosperity. Without tangible incentives, foreign capitals may not be moved to make costly concessions on cross-border data flows, environmental and labor standards, and other topics of interest to Washington.

The ghosts of TPP are also reflected in IPEF’s flexible and inclusive character. IPEF members were not asked to commit to specific pillars in Tokyo. The hard work of negotiating commitments lies ahead. Enforcement remains an open question.

India likes this formula’s flexibility, which is consistent with the country’s historic caution towards economic openness and stated desire to practice self-reliance. While it remains possible that India could choose to join IPEF’s trade pillar, that remains highly unlikely. India did decide to participate in the broader initiative—not necessarily a foregone conclusion. Taken together with several noteworthy bilateral trade agreements recently inked by New Delhi, these moves suggest a new, more outward economic orientation.

At the highest levels of government, India may be coming around to the conclusion that reviving the economy and creating more, good urban jobs for millions of ex-farmers depends on export-led growth. IPEF may offer India a pathway to pursue a much-needed, deeper economic integration with the region and, in the process, reduce its trade dependence on an assertive China.

India’s coalition in support of two-way trade and global economic integration is more fragile than in the United States.  On the whole, American businesses favor openness more than their Indian counterparts. The country’s environmental and labor standards are sensitive subjects for this nationalist government, and its 1.4 billion citizens’ data is increasingly guarded like a national treasure. Prime Minister Modi has some hard choices in front of him as IPEF negotiations get underway.

India’s diplomatic response to the Ukraine-Russia war has become an enigma and a topic of global interest.

Few things unite South Asia more urgently right now than the climate crisis. We can only hope that policymakers are listening.