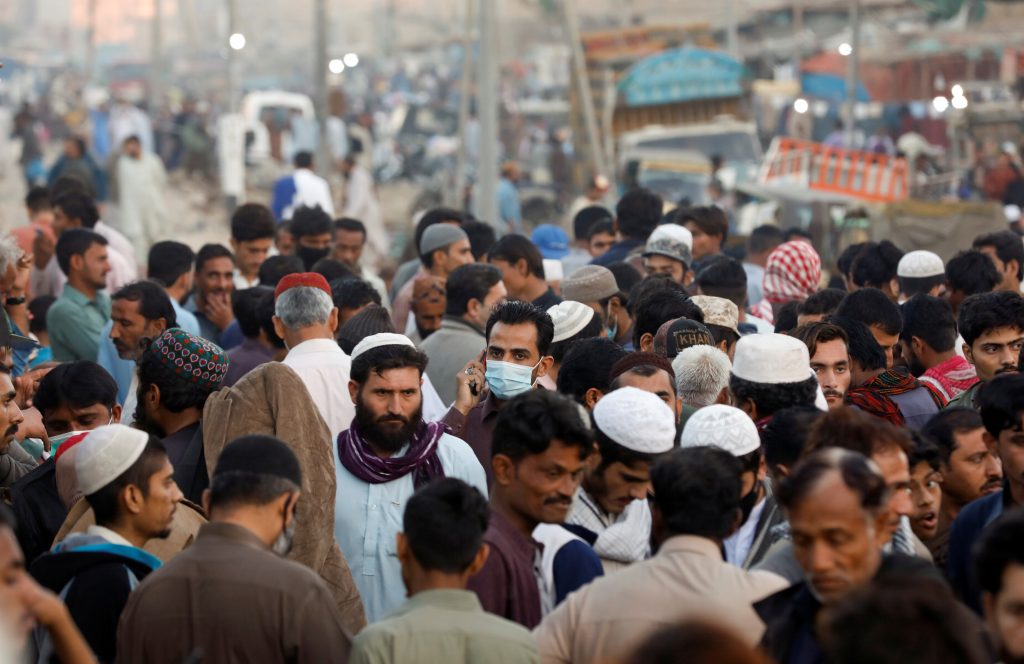 Pakistan’s exports have historically been inclined towards western economies, China, and the Gulf Cooperation Council region. However, the country now seeks to explore new export markets including the Central Asian Republics (CARs) as well as the South-African region for the purpose of export diversification.

One of the major issues in trade with the CARs for Pakistan is that the region is landlocked and the latter has not focused on the logistics of ground transportation up until the recent past. Pakistan’s export products are usually transported through Afghanistan to the CARs where the Afghan government places a restriction on Pakistani transporters for directly taking cargo from Afghanistan to the CARs. Pakistani transporters must therefore have an Afghan partner to transport their cargo. This has given rise to informal trade as Pakistani exports are often smuggled into the CARs, or to any other country, on Afghan trucks. Given these difficulties, Pakistan’s importance in the Central Asian region is not on par with other regional competitors. Furthermore, transportation logistics have become very expensive and a lack of space in containers is also one of the main issues that any company in Pakistan faces if they operate through Cost, Insurance, and Freight in Central Asia.

In addition, a severe liquidity crunch in the Central Asian market creates a limited availability of foreign currency–including the US dollar–which makes payments to Pakistani exporters difficult. Opening a Letter of Credit and utilizing it in the CARs is thus challenging. There is also poor representation of international banks generally in Central Asia.

Next, the packaging and labeling requirements applied by CAR countries with respect to language are an ongoing challenge for Pakistani exporters. There are a number of languages spoken in the region including Uzbek, Tajik, Kazakh, and Russian, though Pakistan’s exports normally use English and thus may be more unfamiliar to recipients.

Finally, registration processes for the importation and sale of pharmaceutical and surgical products in the CAR region is tedious due to differing compliance requirements depending on the respective nation’s regulations. The process of registration is very time consuming and can take up to 3-4 years. Furthermore, the registration cost for just one such product is extremely high ranging from Rs. 7.0 to 8.0 million or roughly $250,000/- to $500,000/-.

Where do bilateral trade relationships stand between Pakistan and the nations of Central Asia?

Pakistan-Uzbekistan: Pakistan and Uzbekistan signed a memorandum of understanding for a Joint Working Group on Trade and Investment in May 2020 to encourage trade between the two countries. Pakistan and Uzbekistan also signed a Transit Trade Agreement among other agreements to improve transit trade in 2021. This agreement covers commerce and transit of commodities by road and rail as well as customs processes, and will shift Uzbekistan’s entire trade from Iran’s Port Bandar Abbas to Pakistani seaports. It will also connect Pakistani seaports to the CARs.

A Preferential Trade Agreement (PTA) was signed in March 2022 between Pakistan and Uzbekistan covering a total of thirty-four goods and the PTA aims to lower duties on these products which currently range from 20 percent to 100 percent. Non-tariff barriers are to be minimized by mutual recognition of standards and easing procedural requirements for goods covered under the PTA.

Pakistan-Kazakhstan: As the Trade and Investment Counsellor (TIC) posted at the Embassy of Pakistan in Kazakhstan, Muhammad Farooque provided the PBC valuable insights into the trade dynamics of Kazakhstan in a private Zoom session on February 17, 2021. It was joined by the research director of the PBC along with the lead researcher on the study of Kazakhstan. The discussion regarding the trade dynamics in Kazakhstan was multifarious and also focused on the CARs as a whole. The TIC further recommended signing a Free Trade Agreement with the Eurasian Economic Union (EAEU) for long term benefit.

On October 12, 2021, Ambassador Yerzhan Kistafin of Kazakhstan to Pakistan visited the office of the Pakistan Business Council in Karachi. Views were exchanged between the Ambassador and the CEO of the PBC, Ehsan Malik, on how to enhance mutual cooperation in diverse fields and increase bilateral trade between the two countries. Both sides built upon it further by talking about ways to improve logistics and ensure that customs procedures are carried out smoothly.

Pakistan-Tajikistan: The PBC advises the Pakistani Ministry of Commerce (MOC) through its study on Tajikistan to work on expediting the signing of an Afghanistan, Pakistan, and Tajikistan Transit Trade Agreement (APTTTA) to boost transit trade between Pakistan and Tajikistan.

The Pakistan Business Council also advises the government of Pakistan to lend strong support to the Tajik government in its efforts to become a member of the Quadrilateral Traffic in Transit Agreement (QTTA) by involving the Chinese government, thereby allowing Pakistan to export to other member nations of the Commonwealth of Independent States (CIS) using Tajikistan as a storage hub. This is because Kazakhstan and Kyrgyzstan are also members of the QTTA and will provide Pakistan access to CIS countries.

The government of Pakistan should develop a complete plan related to the logistics of trading with the CARs. This might include:

Huge potential exists for Pakistan to increase its exports to the Central Asia region. Trade activities in the past are observed to have improved significantly given the signing of the Preferential Trade Agreement and Transit Trade Agreement with Uzbekistan. However, there is still a need for a complete logistics plan for transporting goods to the landlocked CAR countries. Transit trade activities will further improve as soon as the APTTTA is signed and implemented. Pakistani stakeholders also must understand the importance of formal payment channels and should help in enabling timely payments to Pakistani exporters.

Hasan Abbas is a Research Analyst at the Pakistan Business Council.

On February 28, 2022, Pakistani Prime Minister Imran Khan announced that his government would cut petrol and diesel prices by Rs. 10 per liter and electricity prices by Rs. 5 per unit. Here’s how Atlantic Council and other experts are reacting to the prime minister’s decision and its implications for Pakistan’s political economy.

Image: A man wearing a protective mask walks through a crowd of people along a makeshift market as the outbreak of the coronavirus disease (COVID-19) continues, in Karachi, Pakistan January 17, 2021. Picture taken January 17, 2021. REUTERS/Akhtar Soomro