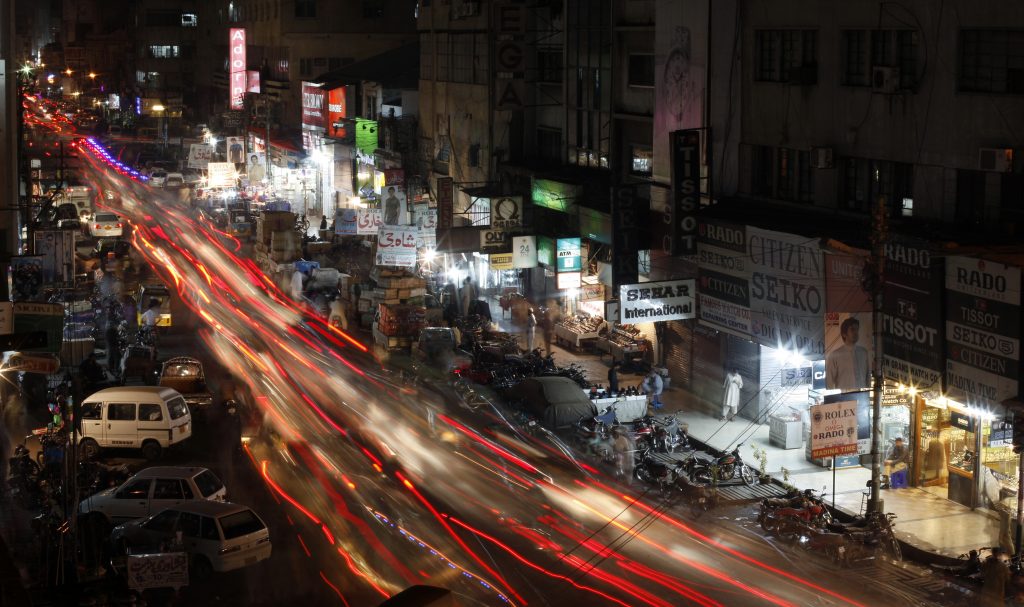 K-Electric could have been the jewel in the crown of Pakistan’s privatization program. A highly inefficient and overstaffed state-owned utility, which at one point was even managed by the country’s military, eventually was acquired by foreign investors. They revitalized and revamped the business,making it profitable for the first time. Transmission & distribution losses, which were as high as 40 percent in the early part of this century, were brought down significantly, while rightsizing of the workforce ensured greater efficiency and eventually profitability.

The transformation of the business began around 2005 with the Al-Jomaih group and others who were early foreign investors in K-Electric (formerly known as Karachi Electric Supply Corporation). These investors also played an instrumental role in bringing private equity capital through the wealthy Abraaj Group to the entity. The subsequent transformation has had a lasting impact: K-Electric continues to be the only profitable electricity distribution company in Pakistan, with a professional and non-politicized management. The business went from being a burden on the national exchequer to being and started contributing to the treasury, while enabling uninterrupted availability (on a relative basis) of electricity for Karachi, one of the largest cities in the world.

Unfortunately, what could have been a jewel in the crown instead became a case study in how not to destroy investor confidence and value in Pakistan.

Electricity distribution companies in Pakistan are consistently rated amongst the highest loss-making state-owned entities in the country. Instead of priming them for privatization, or making them more efficient, the sovereign often takes the easy way out by increasing electricity tariffs without bothering to contain distribution losses, making electricity too expensive for consumers. If these entities are to be privatized, it is essential that the government instill confidence in private investors, and that can only be done through enabling easy entry and exit.

Despite this turnaround, foreign investors have not been able to exit and recoup their investment with a handsome return. Issues have been driven by inefficiency and delays on the part of the government of Pakistan, which has failed to resolve circular debt issues and enact policies that support value for all stakeholders.

As a result, K-Electric continues to be plagued with circular debt. There remain more than Rs. 300 billion of receivables due from either the government or entities which are also expecting a resolution of the circular debt crisis from the government. Shanghai Electric expressed its intent to acquire a majority stake and control of K-Electric in 2016, but due to inaction on the part of the government and delays in resolution of the circular debt issue, the transaction is yet to conclude. Even after renewed interest in the transaction for five years, it seems as if even the mighty Shanghai Electric is on the verge of giving up, with the acquisition of shares once again extended by another 90 days.

It may be pertinent to mention that net receivables from government entities continue to escalate, standing at almost 77 billion rupees in March 2021. As the adage goes, a stitch in time saves nine–in this case it could have saved the government significant financial resources. Due to delays which have now exceeded the five-year mark, the transaction is now essentially in the doldrums, much to the dismay of all investors, whether they be strategic investors or the general public at large.

Such a delay further hampers ability of K-Electric to push for more investment in its power generation & distribution network in order to enhance efficiencies and avoid deadweight losses associated with an extended cycle of receivables. Even in a scenario where there are willing sellers and a willing buyer, the inability of the sovereign to facilitate the transaction results in economic losses for stakeholders and welfare losses for the consumers at large. State-owned enterprises like Pakistan International Airlines – a business with an atrocious safety record – end up costing the exchequer close to Rs. 150 billion per year.

K-Electric is essentially a power producer and distributor rolled into one. In order to extract value and make the entity more efficient, it makes sense to split the company into separate power generation and distribution companies. However, the inability of the sovereign to comprehend the potential synergies that can be realized through such a structure continues to hamper the value that can be generated.

Excessive interference of the sovereign, whether through various regulatory bodies, pricing mechanisms, or a labyrinth of certifications and approvals discourage any serious foreign investors from engaging in the market. The whole saga is a case study on how not to do privatization.

The resolution isn’t too complicated. Circular debt is essentially comprised of payments owed by the government to participants in the energy value chain. Swapping the receivables under question with long-dated sovereign debt will not only clear up liquidity constraints and enable acquisition of K-Electric by Shanghai Electric or some other interested buyer, but also formalize sovereign debt. Kicking the can down the road has only made things worse over the years.

Instead of taking the easy way out, it is time to reform the transmission and distribution network across the country by crowding in private capital and making both entry and exit processes easier. Excessive involvement of the sovereign has only made things worse.

Ammar Khan is an independent macroeconomist and energy sector expert based in Pakistan.

3 reasons why Pakistan should have attended the Democracy Summit

On Wednesday, December 8, journalist Kamran Yousaf broke the news that Pakistan was going to “skip the US summit on democracy.” There are three key reasons for why this decision is a mistake.

Pakistan’s foreign policy is a subject that has long enchanted scholars and practitioners alike, not least because of the country’s pivotal strategic location. Islamabad’s nuclear weapons, its complicated relations with New Delhi, and its growing strategic engagements with Beijing mean that it will continue to garner global attention.

Image: A view is seen of a busy street in Karachi June 29, 2013. Since Pakistan's biggest electricity company was privatised, its headquarters have been looted, its employees kidnapped and the government tried to arrest its boss. It's been a roaring success. Power cuts lasting 12 hours a day or more have devastated Pakistan's economy. The only city bucking the trend is the violent megacity of Karachi, Pakistan's financial heart - thanks to Tabish Gauhar and his team at the Karachi Electricity Supply Company (KESC). Picture taken June 29, 2013. REUTERS/Akhtar Soomro (PAKISTAN - Tags: BUSINESS ENERGY SOCIETY)