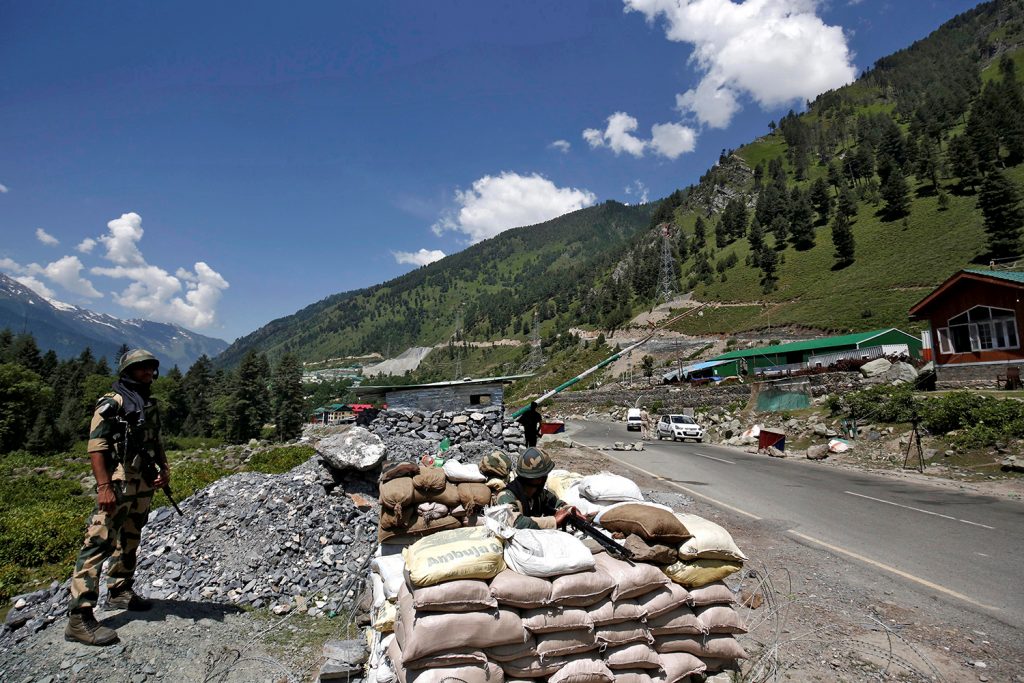 From June 15 through June 17, 2022, India hosted a meeting of the Shanghai Cooperation Organisation (SCO) to discuss regional border management and security. Notably, a Pakistani delegation was present at the meeting (which featured all SCO member states). In lieu of the ongoing situation in Afghanistan, longstanding tensions between India and Pakistan, and controversial remarks by members of Delhi’s ruling Bharatiya Janata Party about the Prophet Muhammad—which have created tensions with Muslim majority countries around the world—the meeting adds yet more complexity to the already multilayered nature of South and Central Asian affairs.

We reached out to our experts for their thoughts on this pivotal meeting and its implications for regional security:

SCO’s biggest takeaway seems to be that despite recent tensions between China and India, there is a consensus to protect and respect borders—be it China versus India, Pakistan versus Afghanistan, or the Central Asian states’ fear of a hostile northern Afghanistan border. India’s growing ties with the Taliban dispels any zero-sum games and instead focuses on a combined SCO effort to stabilize South and Central Asia. Pakistan and Iran also look to overcome their recent border tensions, with both sides accusing each other of backing their respective Baluch separatists coupled with drugs and commodity smuggling. Pakistan reeling from an internal political disarray seems to be the weakest link in terms of leveraging its previous “special relationship” with the Taliban. Ahmad Massoud’s National Resistance Front has also fractured the myth that a Taliban-led secure Afghanistan is in everyone’s best interest. The summit was a time for everyone to come together to have a shared vision of secure borders overcoming traditional rivalries.

India is walking the diplomatic tightrope

The eighth meeting of the border service leaders of the SCO member countries was held in New Delhi, India. It began on the second anniversary of the deadliest border clash between India and China that claimed at least twenty-four lives and sparked a major crisis between the two nuclear states. The dispute has seen no real resolution and troop build-up remains high on both sides of the border. The Indian government had maintained that there could be no normalization of India’s relationship with China until the tensions at the border were resolved. However, at the conclusion of this multilateral meeting, India joined other member countries including Russia and Pakistan to support China’s “Solidarity 2023” plan for conducting a joint operation between members’ border forces.

What explains India’s open support for China despite unresolved bilateral tensions? Zooming out into the international arena, India is walking a diplomatic tightrope. On one hand, the country is deepening ties with the West to keep China in check. On the other hand, India has a historical friendship with Russia as an ally supporting India’s policies with its neighboring states. After the border clashes with China in 2020, India heavily leaned towards strengthening its relationship with the QUAD (US, Australia, Japan) to balance China in the Indo-Pacific.

The conflict in Ukraine, though, has re-energized India’s ties with Russia. India needs to stay in Russia’s good books because Russia has a strong history of vetoing United Nations (UN) Security Council resolutions that are unfavorable to India. Additionally, India is wary of China and Russia’s partnership with “no limits” as seen with China’s refusal to condemn Russia’s invasion of Ukraine. India’s course correction has included a refusal to vote in favor of UN resolutions condemning Russia, a refusal to join the QUAD and European Union (EU) sanctions, and increased imports of Russian oil.

India is keen to show its ability to independently decide its national interest and not be seen as blindly following the United States. So, India has sought to operate in international arenas where Washington and the EU are absent. Hosting the SCO border meeting and simultaneously attending the Brazil, Russia, India, China, and South Africa (BRICS) National Security Advisors meeting that was held in China are examples of India trying to actively shape global politics in non-Western forums, even when the circumstances are not favorable towards India. Despite the Modi government’s open distancing of itself from the Non-Aligned Movement, it seems as though the core of India’s foreign policy still rests on its basic tenets of strategic autonomy and a refusal to pick sides.

Last week’s SCO meeting on issues relating to border management, hosted by India, tried to address security concerns and possible cooperation along some of the most intricately demarcated and disputed frontiers in the world.

While no statement was issued by the Executive Committee of the Regional Anti-Terrorist Structure at the end of the three-day long session, the fact that officials from China, Russia, Pakistan, and the Central Asian member states participated in this gathering points to three developments impacting regional and global geopolitical and security re-alignments: renewed willingness to focus on anti-terror and security priorities along highly sensitive and deeply divisive borders at a time when the war in Ukraine is raging; continued tensions in the Middle East; and the re-emergence of the Taliban in Afghanistan.

China’s border strife with India, the Kashmir issue between India & Pakistan, and the colonial and post-colonial border disputes within SCO’s geographical limits (home to 40 percent of the world’s population and 30 percent of gross domestic product) are thorny issues compounded by threats from active terror and separatist groups in the region.

A core question facing most SCO nations is stability and the level of counter-terrorism commitment by the Taliban. That particular challenge requires a common strategy that includes focused engagement, benchmarks, and assurances. Once again, the responsibilities are shared and will need constructive adherence by Kabul as well.

The Atlantic Council’s South Asia Center brings together a panel of experts to discuss Afghanistan’s security implications and the country’s future.