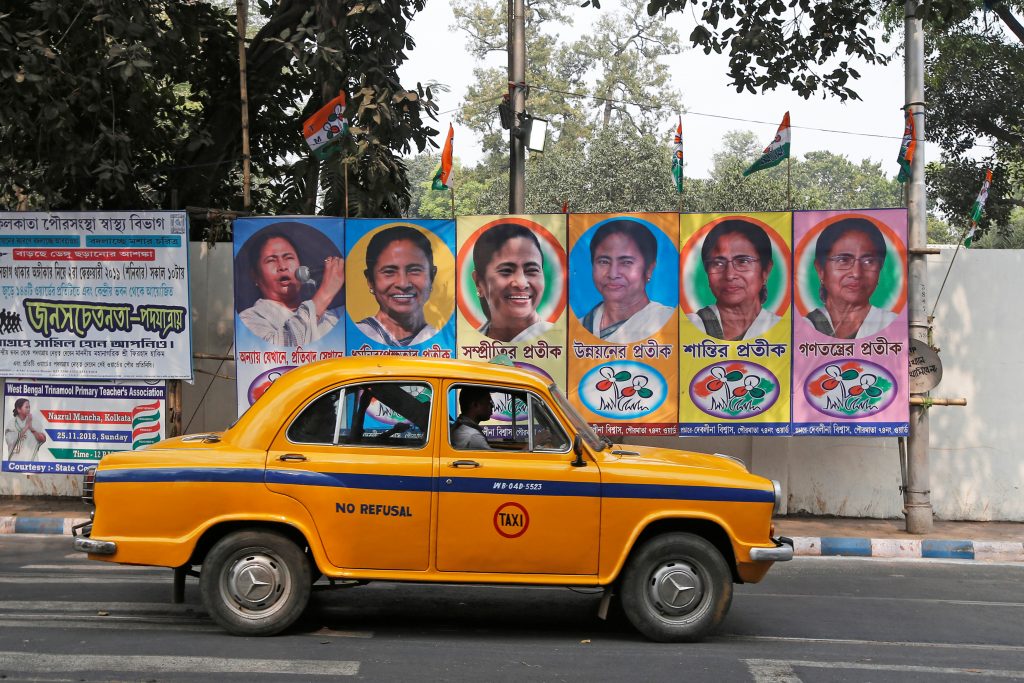 On April 28, 2021, India once again broke the world record of highest number of cases by registering 360,960 new COVID-19 infections. 3,293 covid deaths were recorded that day, almost certainly a gross undercount. This is a dramatic reversal of fortunes.  A month ago, the Health Minister declared India was “in the endgame” of the coronavirus pandemic; the pathogen ignored his proclamation. April has seen India humbled on the world’s stage, its health system crippled to the brink of complete collapse by a dangerous uptick in the daily number of COVID-19 cases. The result is a devastating shortage of hospital beds and oxygen, particularly in New Delhi, the nation’s capital. The international news surrounding India has focused on Indian vaccine producers’ appeal to the Biden administration to end the ban on exports of raw materials for vaccine production and, now, a steady drumbeat of self-congratulatory press releases by American companies announcing their humanitarian support for India.

The US government and corporates interested in India are focused presently on India’s COVID woes, seemingly to the exclusion of all else. But away from the awful scenes playing out are elections Washington should not ignore. The ongoing state elections in India’s east, specifically the states of West Bengal and Assam, are characterized by dynamics central to today’s India and their results will have long-lasting implications for national politics. The fanning of toxic identity politics, compromising of democratic institutions, the worrisome rise of COVID-19 cases, and the effect on foreign relations are aspects of these elections that deserve Washington’s serious attention.

The United States Commission for International Religious Freedom (USCIRF) in its latest report advised the US State Department to “designate India as a country of particular concern (CPC), for engaging in and tolerating systematic, ongoing, and egregious religious freedom violations, as defined by the International Religious Freedom Act (IRFA).” Relations between the country’s two largest religious groups— Hindus and Muslims— have become more fraught than ever since the Bharatiya Janata Party (BJP) took office at India’s center in 2014.

Now in 2021, BJP’s electoral campaign in West Bengal and Assam, against the backdrop of the controversial Citizenship Amendment Act (CAA) and the National Register of Citizenship (NRC), has further fanned tensions in the country. In the Assam state elections of 2016, the BJP’s winning campaign relied on stoking tensions between the ethnic majority Assamese against the migrant-origin Bengali Muslims, claiming the latter posed an existential threat to Assamese identity. While this rhetoric continues in Assam, in West Bengal, the BJP has tried to woo sections of low-caste Hindu communities such as the Matuas, a community which has roots in neighboring Bangladesh. It has also promised to counter “minority appeasement” politics, which it defines as any policy that protects the rights and interests of minority religious groups. Moreover, the TMC in West Bengal and Congress-AIUDF in Assam are also responsible for fanning identity politics. Such nakedly polarizing identity politics endangers pluralism in eastern and northeastern India.

The deterioration of India’s democratic credentials is on full display in the present elections, which are besmirched by multiple allegations of rigging, hooliganism, and violence at election polls.

Polling in West Bengal’s Cooch Behar region was marked by disturbing incidents of shooting, leading to the death of five people. The ruling Trinamool Congress (TMC) party registered 63 complaints related to polling violence and rigging that it claims have been dismissed due to the Election Commission’s support for the BJP. Moreover, the electoral process has been marred by other malpractices including the supporters of both the BJP and the TMC barring voters from leaving their houses to cast their votes. Although, to be fair, the TMC, for its part, has been culpable for poll violence for years now. In a frankly head-scratching move, election officials were caught placing an Electronic Voting Machine (EVM) in the car of a contesting BJP candidate in Assam. Fair and free elections are the embodiment of democratic integrity, and, thus, the undemocratic practices prevalent in these elections should be a cause of grave concern.

A worrisome rise in COVID-19 cases

As the Hindu Kumbh Mela festival, which is the largest religious congregation in the world, convened in north India, election rallies in West Bengal kept on happening even after there were reported spikes in infection across the country. Prime Minister Narendra Modi remarked with satisfaction that he had “never seen such huge crowds at a rally”. That his rallies were attended by thousands of people without masks or social distancing during a global pandemic didn’t appear to faze him.

The decision to let mass gatherings during election rallies continue as usual underscores the government’s confused priorities against the backdrop of a tremendous spike in COVID-19 infections. The Madras High Court in Tamil Nadu, another poll-bound state, blamed the Election Commission for this massive spike during the second wave of the pandemic, going so far as to suggest that election officials who allowed the polls to proceed should face murder charges. With half of all tests  administered in West Bengal’s capital city, Kolkata, coming back positive, the High Court’s criticism seems quite potent. It still looks to be seen whether the triple-mutant ‘Bengal strain’ creates havoc like the other mutant strain has in Delhi.

BJP’s negative rhetoric against its eastern neighbor Bangladesh, including during the ongoing elections, has aggravated pre-existing anti-Indian sentiments in Bangladesh. In March, the protest by the Islamist movement Hefazat-e-Islam in response to Indian Prime Minister Modi’s visit to Bangladesh, turned violent. Anti-India sentiments are not just limited to Islamist factions but also include sections of the country’s ruling elites who hold the belief that it gains the shorter end of the stick in this bilateral relationship.

Therefore, to balance the perceived “overtly friendly relations” with India, Bangladesh’s ruling Awami League is engaged in a balancing act evident in Dhaka’s growing friendship with Beijing. Such a foreign policy approach by Dhaka is seen in its reluctance to join the Quad Security Initiative, which in turn will complicate Washington’s Indo-Pacific naval strategy that requires support from the countries located in the Bay of Bengal zone. Long-term US strategic interests benefit from a pro-India Bangladesh, an objective actively undermined by the BJP’s xenophobic campaign rhetoric.

As the recently elected Biden administration juggles competing priorities, the regional elections of West Bengal and Assam are not to be glossed over. India’s national ruling party’s attempts at deepening religious cleavages is only a microcosm of the wider identity politics engulfing a country once renowned for its commitment to secularism. Along with the challenges of an otherwise stubborn Indian democracy made evident in these regional elections, US geo-strategic interests in the Asia Pacific region will be undermined if India-Bangladesh bilateral relations go sour.

At the end of the day, whoever wins on May 2, 2021 in West Bengal and Assam is not as important as the dynamics of the electoral campaigns in these two states—fanning of identity politics, use of incendiary rhetorics, degradation of democratic values, and a complete non-caring attitude toward the lives of citizens. These factors have set off a cocktail of dangerous precedents, which we might see again in the Indian national elections of 2024. Hence, along with monitoring the situation of the COVID-19 pandemic in India, astute observers of India in Washington, DC, and elsewhere, must pay close attention to what has been happening during the electoral campaign in these two states.

Kaveri Sarkar is a project assistant at the Atlantic Council’s South Asia Center where she manages the Afghanistan portfolio.