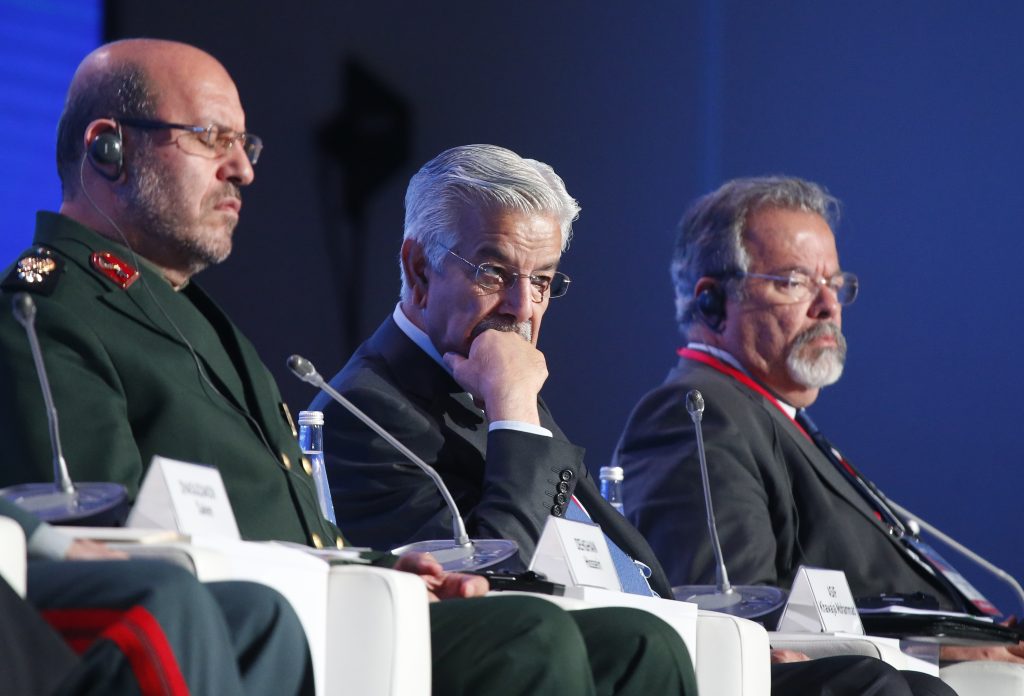 Returning the United States to a nuclear agreement with Iran represents one of the Biden-Harris administration’s most standout foreign policies. However, to succeed in the short-, medium-, and long-term, this goal will require a revamped approach to engaging Tehran that pointedly includes Pakistan. This is for three reasons. First, Pakistan is one of only three nuclear armed nations that is not a signatory to the 1970 Treaty on the Non-Proliferation of Nuclear Weapons (NPT). This gives it a uniquely non-aligned credibility to facilitate talks on the thorny issue of nuclear (non)proliferation—something that may warm Tehran to negotiating in a way that the United States cannot. Second, Pakistan’s long-standing relations with both the United States and Iran demonstrates a propensity for regional multilateralism, a value that the Biden-Harris administration has demonstrated a clear interest in returning to and that serves to widen Washington’s alliances in the region to their and its benefit. Third, a lasting, inclusive, and human-rights centric peace in Afghanistan will not be possible without Iran and Pakistan’s support. As the latter has been involved in the ongoing peace process so far, Washington should work with Islamabad to attain Tehran’s buy-in for the negotiations and eventual peace deal, creating bilateral goodwill in the pursuit of future nuclear negotiations.

Despite being one of the original non-nuclear signatories to the NPT by Mohammad Reza Shah Pahlavi’s pre-1979 government, the post-revolution Iranian government remains frequently distrustful of US led or endorsed security and defense policies. A major exacerbating factor in this suspicion is former US President Donald Trump’s abrupt withdrawal from the 2015 Joint Comprehensive Plan of Action (JCPOA) and subsequent “maximum pressure” campaign, which shattered the glass house of trust that Washington and Tehran constructed in 2015. Given this context of deep mutual distrust, it is unlikely that Tehran will itself extend or accept any cold overture by Washington to resume talks following four years of erratic Trump administration policies and decades of political tensions.

Alternatively, Pakistan is one of only three countries (the other two being India and Israel) possessing nuclear armaments without being a signatory to the NPT, putting it in the unusual position of being an “independent” nuclear armed country. That is, Pakistan’s nuclear defenses are not subservient to the great-power brokered NPT. As such, its nuclear defense capabilities may bolster Islamabad’s credibility in effectively convincing Iran to return to the negotiating table because it maintains uniquely independent policies in this area.

Not only does this deem Pakistan an “unaligned” nuclear power and thus less biased as a facilitator, but it is also more likely to appeal to the Iranian government’s narrative of resisting policies perceived as Western influence or imperialism in the greater Islamic world. This notion could help to convince Tehran that it is in its own interest to come back to the negotiating table because it represents a level on which Pakistan and Iran can connect, but Iran and the United States cannot.

Washington’s return to multilateralism aligns with Islamabad’s, and this is to the benefit of future US-Iran negotiations

The strengths associated with a multilateral approach to international relations are well established and exemplified by a myriad of international organizations such as the United Nations, the Organization of Islamic Cooperation, the North Atlantic Treaty Organization, the Association of Southeast Asian Nations, and others. President Biden’s unequivocal endorsement of the United States’ return to international multilateralism came as a relief to many US allies around the world, and this presents a unique opportunity to engage Islamabad as a multilateral actor holding relations with numerous conflicting dyads, in this case Iran and the United States.

A return to multilateralism must translate into seeking the assistance of allies who have direct expertise in their respective regions, especially when dealing with politically turbulent circumstances. Washington understood, for example, that the Afghan peace talks would benefit greatly from working with Islamabad as a regional stakeholder, and acted appropriately to engage Pakistan. This collaborative approach must similarly inform the United States’ engagement with Iran. Pakistan has experience dealing with competing priorities and tensions among its allies and, as a result, is better positioned to curb the mutual mistrust between Washington and Tehran that continues to impede the opening of negotiations.

One should not forget that former US president Richard Nixon (1969-1974) resourcefully used Pakistani facilitation to lay the groundwork for the eventual establishment of diplomatic relations with China in 1979 under former US president Jimmy Carter (1977-81). This represented a savvy and calculated move that broadened US engagement with East Asia in the struggle for influence against the Soviet Union. The Biden-Harris administration must be equally discerning and work with allies such as Pakistan to effectively navigate the unique cultural, political, and regional character of Iran.

Pakistan can help the United States bring Iran on board with its Afghanistan peace goals, building goodwill to support Iran’s eventual return to the nuclear negotiating table

The long-term success of the ongoing Afghan peace process will require the regional buy-in of Afghanistan’s neighbors, notably Iran and Pakistan. Given the immediacy of Afghanistan as a foreign policy area for Washington as well as for Tehran—and in particular seeing as the conflict has quite literally been on the latter’s doorstep for decades—there is a potential opportunity to thaw relations between the United States and Iran on supporting peace in Afghanistan. This could lay the groundwork for further cooperation and forge a cautious bridge between the conflicting nations as they explore the resuming of negotiations.

Washington should thus be resourceful and strategic while bringing Iran into the conversation, and engaging Pakistan is the ideal way to do so. Islamabad maintains long-standing relations with both countries and, in addition to facilitating elements of the Afghan peace process, can also facilitate talks between Afghanistan’s external allies when their visions do not align. This is not unlike Prime Minister Imran Khan’s previous offer to facilitate talks between rivals Iran and Saudi Arabia, demonstrating that Islamabad has the interest and the tools to do the same for Pakistan’s other conflicting allies. Should this engagement prove fruitful in the more immediate area of the Afghan peace process, it could “break the ice” between Washington and Tehran, warm the pair to the notion of rejoining the negotiating table, and support progress towards an eventual agreement.

If we have learned anything over the past forty years, it’s that most existing approaches to US-Iran engagement have proven futile at best and downright disastrous at worst. That said, the Biden-Harris administration has alliances that can help this troubled pair of nations course correct. Engaging Pakistan as a facilitator in US-Iran talks presents a prime opportunity for Washington to be resourceful and calculated in rebuilding a cautious bridge with Tehran. By seeking the knowledge and network of its regional allies in pursuit of this goal, the United States can intelligently approach a delicate and heavily politicized set of issues where credibility and trust are all but torched on both sides of the aisle. Every degree of thawed tension between the United States and Iran inches the pair closer to constructive re-engagement. As such, working with Pakistan to more effectively engage Iran is smart, demonstrative of multilateral values, and stands to deepen US engagement in the Middle East and South Asia to their trilateral benefit.

Harris A. Samad is the assistant director of the Atlantic Council’s South Asia Center.